Image Resources' “MORE” program continues to pay dividends for the WA mineral sands producer with drilling at the Boonanarring Northern Extension Area pointing to high-grade mineralisation over more than 2,700m of strike. The drilling program has produced a raft of high-grade intercepts including 5m at an impressive 44.5 per cent heavy mineral sands from only 30m below surface. 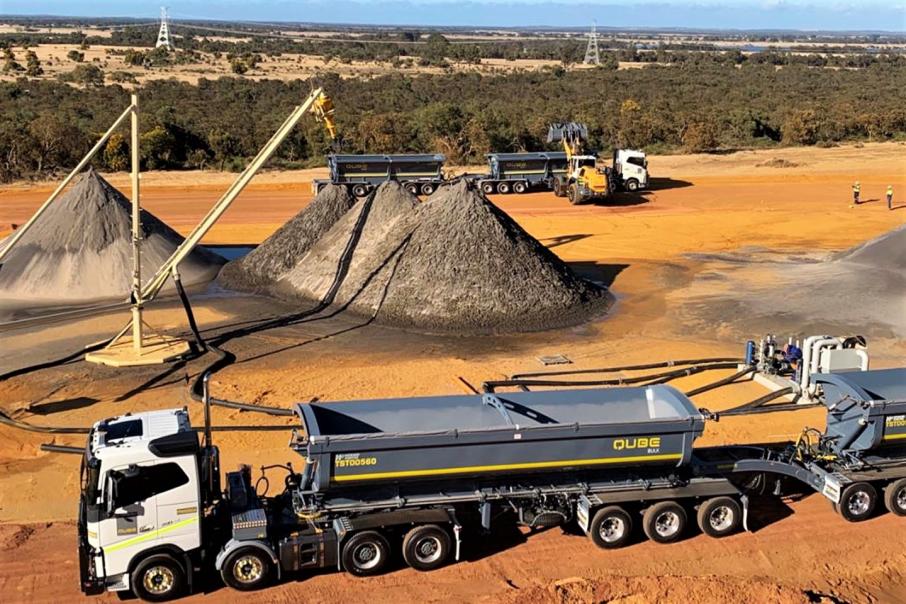 Image Resources' “MORE” program continues to pay dividends for the WA mineral sands producer with drilling at the Boonanarring Northern Extension Area, or “NEA” pointing to high-grade mineralisation over more than 2,700m of strike. The drilling program has produced a raft of high-grade intercepts including 5m at an impressive 44.5 per cent heavy mineral sands from only 30m below surface.

The company’s ongoing exploration program just north of Perth is focused on the identification of new mineral resources and ore reserves within economic pumping distance of its wholly owned wet concentration plant at Boonanarring - hence the acronym MORE. The current aim of the MORE program is the delineation of an additional two years of ore reserves to feed the plant at its current location before the company initiates a move to its Atlas deposit, 90km to the north.

Image has now completed its initial phase of drilling over the NEA target with 107 holes drilled at 100m by 10m spacings over the interpreted strike length of the deposit. The development program has clocked up more than 3,800m in roadside drilling, along the Brand Highway, and on the eastern side of the company’s recently acquired Atlit property.

The drilling program indicates that the Boonanarring Eastern strandline most likely extends into the NEA. It has now defined a high-grade core to the mineralisation in this domain. Exploration has returned a plethora of intercepts weighing in at more than 10 per cent heavy mineral sands, with some of the better high-grade intercepts including 8m at 31.7 per cent from 25m and 4m at 37.8 per cent from 26m.

Initial modelling of the NEA mineralisation shows the core of the deposit could potentially be mined with low strip ratios, bolstering the economics of the emerging resource should it translate into a mineable ore reserve as development studies progress. Image is presently negotiating access to neighbouring properties in the district to facilitate ongoing drilling in addition to progressing the necessary permitting and environmental studies over the deposit areas to facilitate potential open pit mining operations.

Image’s high-grade zircon rich Boonanarring mineral sands operation is located 80km north of Perth in the North Perth Basin. The open pit mine and wet concentrator was commissioned in 2018, reaching full production in only its second month of operation. It now pushes out between 300,000 and 330,000 tonnes of heavy mineral concentrate per annum. The Boonanarring operation is slated to be of the highest-grade zircon mines Australia.

Image is currently undertaking a range of activities across the Boonanarring North targets, with an additional 12,000m of drilling planned across the promising north-western extension to the deposit, whilst metallurgical testing and resource modelling continues over the adjacent NEA deposit.

Image’s assessment of the emerging Boonanarring resources is scheduled for completion prior to the end of 2020 when a decision is due on whether the transition of infrastructure and operations to the company’s Atlas deposit is required.