Image on the verge of 1st mineral sands revenues

Image Resources is starting to transport its zircon-rich heavy mineral sands concentrate from the Boonanarring project north of Perth to port storage in Bunbury, barely a month after starting wet commissioning of the mine plant. First revenues could kick in before the end of the year with the first bulk shipment of the zircon-rich HMC scheduled to depart in December. 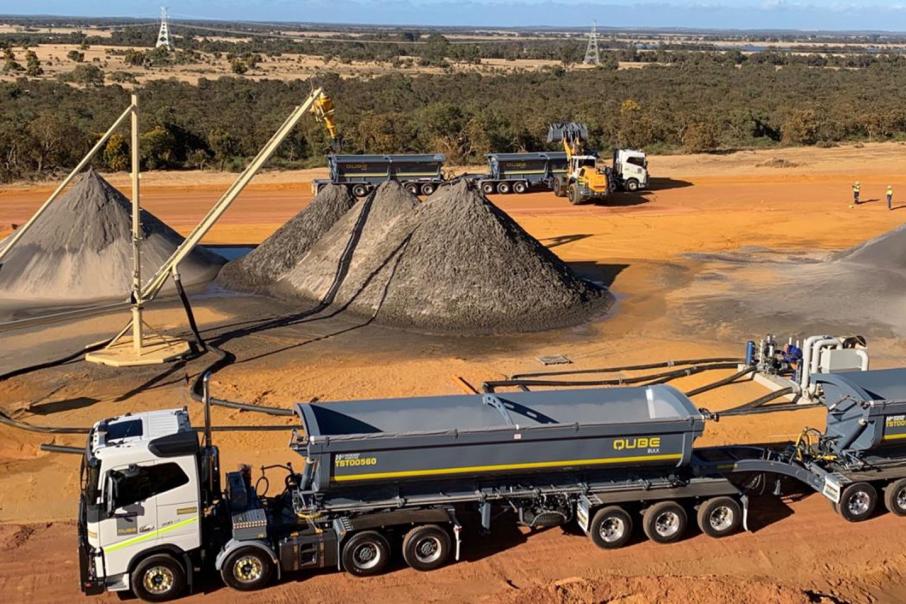 Image Resources’ grand plan to monetise its mineral sands deposit north of Perth is about to be realised as the ASX listed company prepares to receive first revenues from the mineral sands concentrate.

Australia’s newest mineral sands producer said this week it had started to transport heavy mineral concentrate, or “HMC”, to port from its flagship Boonanarring project located 80km north of Perth.

First sales revenues could kick in before the end of the year with the initial bulk shipment of the zircon-rich HMC scheduled to depart in December.

Interestingly, the production of HMC has been large enough to warrant the start of truck transport despite the project still officially being in the wet commissioning phase.

Wet commissioning of the processing facility at Boonanarring commenced on the 25th of October with first production of HMC occurring just weeks later.

Image said that wet commissioning is progressing ahead of schedule and is anticipated to be deemed complete at the end of November, followed by the start of the processing ramp-up phase as the new mine progresses towards steady-state production.

The project will produce about 220,000 tonnes of heavy mineral concentrate per year from the Boonanarring and Atlas deposits which have combined reserves of 24 million tonnes grading 8.2% heavy minerals and total resources of 32.3Mt at 8.1% HM.

Notably, about 70% of the revenues will be generated via the sought-after zircon product.

Road transport and storage of the zircon-rich HMC is being conducted by Qube Bulk, the owner of the newly-constructed, purpose built HMC storage shed located 5 minutes from the Bunbury port in Picton.

Image Managing Director Patrick Mutz said: “The Boonanarring project team continues to score goals as it begins to transport HMC product to storage near the Bunbury port, in anticipation of achieving its next major milestone of completing the first bulk shipment of HMC, and by doing so, receiving first project revenue before Christmas.”

Importantly, the company said it expects to achieve positive project cash flows by the end of the first quarter 2019 and will announce its forecast production and financial guidance for 2019 once it approves a budget for next year in December.

Boonanarring is one of the highest HM grade mineral sands mining development projects in Australia and the BFS shows a pre-tax NPV of $197m and an impressive IRR of 104%.

The initial mine life is 8 years with a payback period of just 16 months.

Image has binding offtake agreements in place for all the concentrate produced for sale by the operation.

There is potential for further growth from the projected mine life too as there is still another 40Mt of resources outside the BFS across five other project areas.

With goal after goal falling into place now, Image is just weeks away from realising first revenues from Boonanarring and transforming itself from explorer to producer in the process.