Image Resources’ Boonanarring heavy mineral sands project near Perth continues to deliver with a grab sample of an ultra-high grade zone that was identified and mined by the company returning 95% HM and 70% zircon content. About 500 tonnes of this ore has been stockpiled and work will be carried out to determine how far the zone extends into areas that have not been fully cleared of overburden. 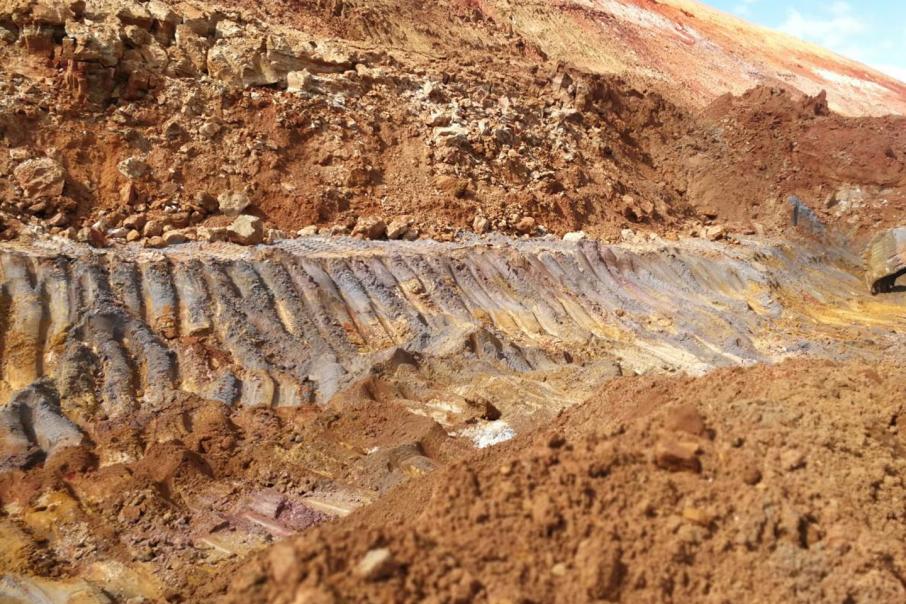 Image Resources’ Boonanarring heavy mineral sands project north of Perth is shaping up into an absolute gem for the ASX-listed company with the discovery and subsequent mining of an ultra high-grade zone of ore.

A single grab sample of the ore in the eastern strand of the deposit returned a stunning 95% heavy minerals, or “HM”, and 70% zircon content.

About 500 tonnes of this ultra high-grade ore has been stockpiled separately from the regular ore and additional analyses will be conducted to determine overall grades and decide if it will be sold directly as HMC, blended with HMC produced from its plant or processed to remove residual contaminants.

The ultra-high grade ore is located on the floor of the mine and was between 4m to 6 m wide, 1m to 3m thick and extended about 60m along strike in the current mining section.

There could be potentially more of this material as the company continues into an adjoining 60m mining section that has yet to be cleared of overburden.

Image said the location and richness of this ore zone suggests it was likely subject to high energy wave action against the base of the escarpment which winnowed away the lighter sand fractions, including silica, and concentrated the heavy mineral fractions, most notably zircon.

Managing Director Patrick Mutz said: “Image has already been reaping the benefits of an ore deposit with excellent metallurgical characteristics, which allowed the operations team to meet or exceed the vast majority of its operating targets including ramping up to full-scale production in only the second month of operation.”

“We then learned of the potential existence of a high-grade Core in the eastern strand of ore and we are currently conducting additional drilling to delineate this Core, which could lead to a substantial uplift in the ore reserve.”

“Now we learn of the existence of potential direct shipping ore. The next step is to determine the extent of this type of ultra-high grade ore along strike, and its connection to the potential high-grade Core currently being delineated.”

During the March 2019 quarter, which was the first quarter of full production at Boonanarring, Image produced 68,700t of HMC at an average grade of 11.1% HM, or about 67% higher tonnage and 76% higher grade, than it originally estimated.

This was thanks to the mining of the higher-grade material from the eastern strand of the deposit.

The company is currently carrying out additional closed space drilling to delineate the very high-grade Core, which resembles a horizontal cylinder in shape.

More detailed zircon assays and composite work will be carried out for this program as zircon makes up 75% of the project’s value.

Image expects drilling, analysis and an update to its mineral resources and ore reserves to be completed at the end of June this year.

Discussions are also continuing in relation to land access for delineation drilling over the high-grade 2.6km northernmost section of the Boonanarring deposit.

About 80 holes will be required to convert the mineralisation in the area to an indicated mineral resource.

In addition, strip ratios in this area are expected to be even lower than the current mined area.

Image has been on a roll since the production of its first HMC in November last year and the latest discovery of the ultra high-grade ore is more icing on the cake.

Couple this with the ongoing efforts to delineate the high-grade Core that has allowed the company to snip months off its planned commissioning and it seems that Image could be on track to upgrade the already attractive economics of its Boonanarring project.