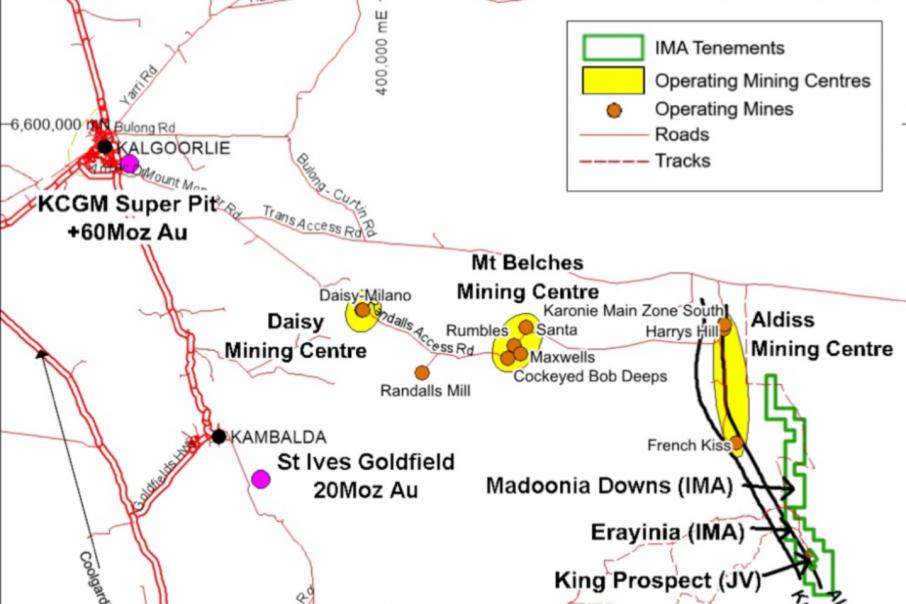 Head of Exploration at Image Resources, George Sakalidis said: "The mineralised zone at the King Prospect has strong potential for a near-surface, thick, gold-enriched supergene zone."

With the King gold deal tucked under its belt, Image is now free to properly explore the two project areas in a stepwise fashion and it has the right to earn up to 80 per cent of the King gold prospect under a staged deal.

The King prospect promise lies in what is understood to be a thickened supergene zone up to 1km in strike length which extends directly into Erayinias' tenement. Previous lucrative looking drill results at the King gold prospect include 71 metres at 1.03 grams per tonne gold. Image is planning to plough 42 RC in-fill holes over 4,260m into the project with all holes looking to test the top 100m of the project.

Planning includes testing the down-dip extensions of high-grade intersections within the multiple westerly dipping lodes to see if they continue at depth.

Other striking intersections from the new tenements include a lucrative looking 29m hit at 1.12g/t gold from 64m and 17m that packed in 2.0g/t gold from 132m.

Another notable historic drill intersection at King was 20m at 1.66g/t gold from 39m.

Drilling approvals from the Department of Mines, Industry Regulation and Safety are expected within 30 days.

Image’s Boonanarring project in the North Perth basin has been a screaming success for the ASX-listed company.

It boasts one of the highest-grade zircon-rich mineral sands projects in Australia and was constructed and completed by Image on budget and on time in just six months. Full production was then achieved in the second month as it proceeded to easily deliver on its market guidance in CY2019 and even through the 2020s.

The private owner of Kings can then elect to fund its remaining 20 per cent of the project or convert it into a 2 per cent net smelter royalty.