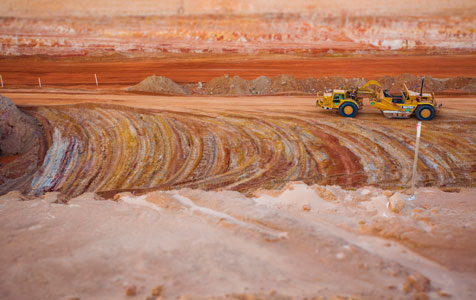 Iluka's head of alliances, new ventures and royalties Chris Cobb will take up a new position as head of special projects, focusing on industry-related initiatives and the company’s investment in Metalysis and a project in Brazil.

Managing director David Robb said Iluka has devoted significant management time to growth opportunities and has achieved some notable advances over the past 12 months.

This includes the investment in UK company Metalysis, which is developing a potentially disruptive technology that can produce titanium powder direct from rutile and synthetic rutile.
Iluka has also partnered with mining company vale in Brazil on the Tapira project, which involves joint technical and project development work on a large titanium mineralisation associated with Vale’s existing phosphate mining operations in Minas Gerais.

Chief financial officer and head of strategy and planning Alan Tate will replace Mr Cobb in his previous role, to continue the identification of growth opportunities, including strategic partnerships and alliances and ‘seed corn’ investments.

Under the terms of the agreement, Iluka can earn an 80 per cent interest of the project by funding $2 million of exploration over four years.

Iluka will be obligated to spend $400,000 within the first two years, at which point it will have the option to withdraw.

Monax said it had completed an infill ground gravity survey and an Aboriginal heritage survey on two targets identified at Phar Lap, which is about 50 kilometres from Prominent Hill, and both had been cleared for drilling.

Earlier in the month, Iluka was bumped from the S&P/ASX 50 index as a result of the deterioration of the resources industry.