Iluka Resources managing director Tom O'Leary says he is excited about the opportunity in the rare earths sector, which will attract greater focus after the recent demerging of Iluka's iron ore royalties. 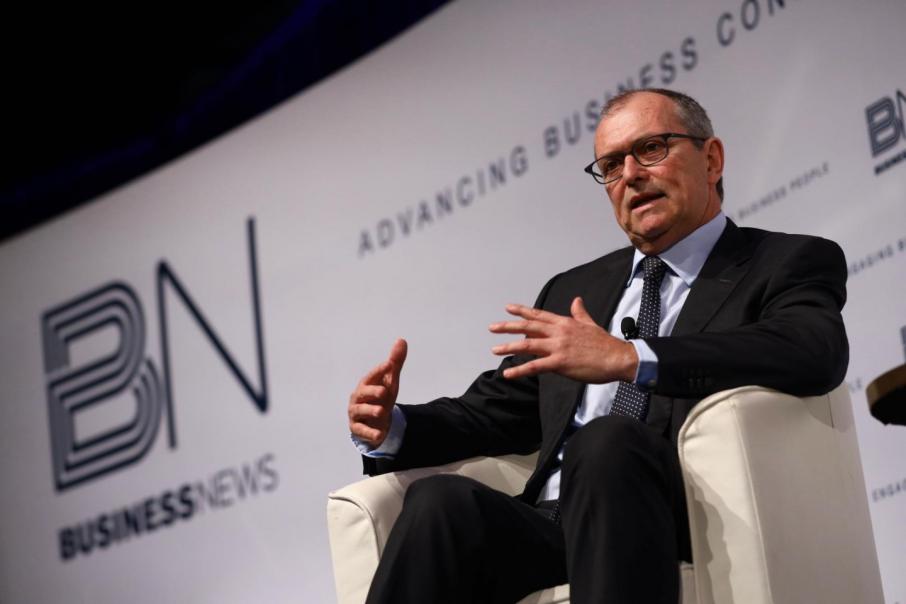 Iluka Resources managing director Tom O'Leary says he is excited about the opportunity in the rare earths sector, which will attract greater focus after the recent demerging of Iluka's iron ore royalties.

He was speaking at this morning’s Business News Success and Leadership breakfast after Deterra Royalties listed on the ASX last month, with its core asset being a royalty over BHP’s Mining Area C iron ore site in the Pilbara.

Mr O'Leary said the Iluka board had considered how to best optimise value from the royalty for more than a decade.

Reasons for the demerger are partly attributable to BHP’s decision to replace its Yandi iron ore operations with the new $4.7 billion South Flank mine, as part of Mining Area C.

“The amount of iron ore that was going to come from Mining Area C was going to more than double over the next couple of years, and so the value associated with that royalty is huge,” Mr O'Leary said.

“The Iluka board decided that the best way to optimise value from the royalty was to demerge it.

“We take our objective to deliver sustainable value very seriously, and I think that demerger is just a further demonstration of how disciplined we are of that objective,” Mr O'Leary said.

The former lawyer and Wesfarmers divisional managing director has headed Iluka since 2016.

The time of his appointment was a relatively low point in the global market for mineral sands, Mr O'Leary said.

“It was also a point where relatively easy-to-mine deposits of mineral sands, whether they were in Australia or in the US, had largely been depleted or were in the process of being depleted,” he said.

“So we had to start looking at exploiting more complex, perhaps more costly deposits here in Australia and the US, or alternatively go abroad to more difficult political environments to pursue easy-to-mine deposits there.”

Iluka, which holds 25 to 30 per cent of the global zircon market, has operations in Western Australia, South Australia and Victoria, as well as overseas including in Sierra Leone.

Mr O'Leary said the business was spending more money to commercialise difficult deposits in Australia, including its Cataby ilmenite deposit about 150 kilometres north of Perth.

“All electric motors require permanent magnets, which require rare earths, so demand as we expect will grow very significantly over the coming years.

“As the world pursues objectives like a reduction in fossil fuels and a reduction in carbon dioxide emissions, then the electrification of the planet is an absolute must.”