Ausdrill has sold its waterwell drilling business to the Peter Hutchinson-chaired Vysarn for $16 million, and the ASX hopeful is seeking to raise $13 million. 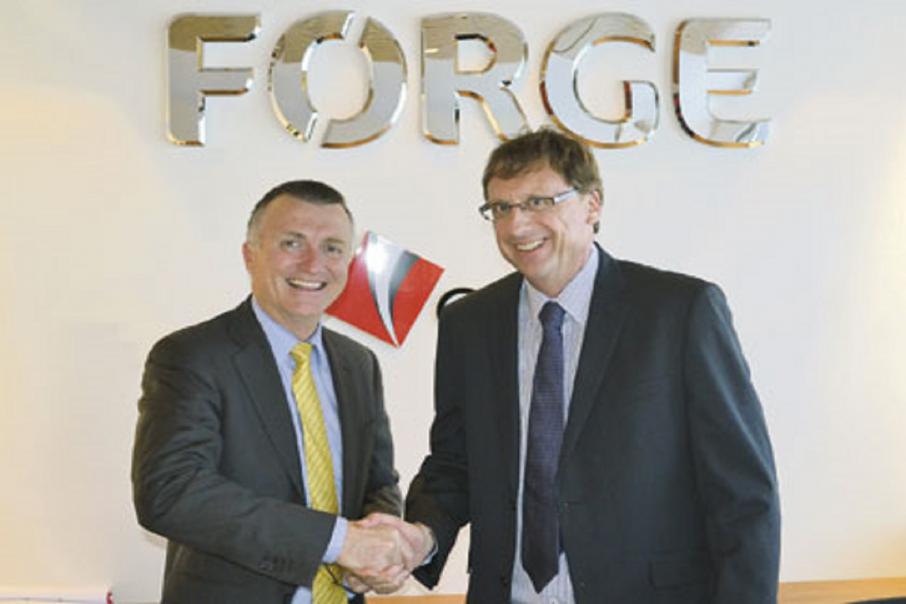 Peter Hutchinson (left) with Andrew Ellison in 2012 before they left Forge Group.

Ausdrill has sold its waterwell drilling business to the Peter Hutchinson-chaired Vysarn for $16 million, and the ASX hopeful is seeking to raise $13 million.

In a statement, Ausdrill said it sold its waterwell assets, which operated as Connector Drilling, in an all-cash deal which is subject to several conditions including Vysarn obtaining the funds to complete the purchase.

In a statement, Vysarn said it will conduct a circa $5 million capital raising in the near future, and intends to raise around $8 million in debt funding for the purchase, as well as resume trading on the ASX.

The company was last traded in the middle of 2016 when it was named MHM Metals, an aluminium processing business.

Vsyarn said it aims to become a provider of services related to fluid extraction, distribution management and mineral resource definition.

Ausdrill managing director Mark Norwell said he was pleased with the deal.

“Its sale is part of a considered portfolio review being undertaken to assess which businesses fit within the new strategic direction of Ausdrill,” he said.

Vysarn had $7.4 million of assets in December, with around $7.32 million of that in cash.

On completion of the transaction, Vysarn will replace non-executive directors Faldi Ismail and Nicholas Young, who are both recapitalisation and restructuring specialists, with experienced drilling executives Sheldon Burt and Chris Brophy.

Mr Hutchinson was the founding director of ASX-listed Forge Group from when it was floated in 2007 with a market capitalisation of $12 million to his resignation as chief executive in July 2012 with a $450 million market cap.

The business was led by new management for 18 months before it collapsed in early 2014.