MARGARET River wine industry pioneer David Hohnen is on the hunt for a chief executive officer to take over the operations of Cape Mentelle Vineyards the company he co-founded in 1970.

MARGARET River wine industry pioneer David Hohnen is on the hunt for a chief executive officer to take over the operations of Cape Mentelle Vineyards the company he co-founded in 1970.

Mr Hohnen is currently CEO and oversees the operations of Cape Mentelle, located on Wallcliffe Road just outside Margaret River as well as the company’s sister wineries Cloudy Bay, situated in the Marlborough region of New Zealand, and Mountadam Winery in Eden Valley, South Australia.

Mr Hohnen will remain as chairman and said he wanted to concentrate on wine production.

“The company has gotten bigger and bigger and comprises three wineries now, and we have growth ambitions,” he said.

“I am a wine maker, not a CEO, and I would like to focus more on production issues and get someone in to do the business side.”

Veuve Clicquot Ponsardin became a major shareholder in Cape Mentelle Vineyards and its sister operations in the 1990s and sole owner of the wineries in 2000.

It has been a successful three decades for Mr Hohnen who has achieved strong global brand recognition for both the Cape Mentelle and Cloudy Bay labels.  Cape Mentelle acquired Mountadam Winery in 2000. He set up Cape Mentelle in 1970 and went on to establish Cloudy Bay in 1985. Both have become international exporters and crush more than 1,000 tonnes of fruit annually.

Mr Hohnen is well known for establishing an international cabernet tasting event in 1982, to help evaluate how Australian wines stacked up against their rivals in Bordeaux and Napa Valley.

Cape Mentelle is the only WA winery to wine the prestigious Jimmy Watson Trophy that is awarded to the best one-year old red in Australia. Indeed, the winery has won it twice. 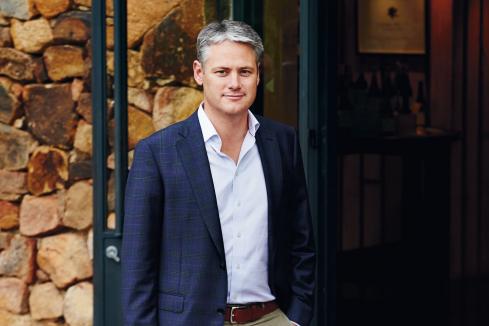