The owners of a new Northbridge eatery have placed a big emphasis on connecting with the community, and used crowdfunding to provide one element of that relationship. 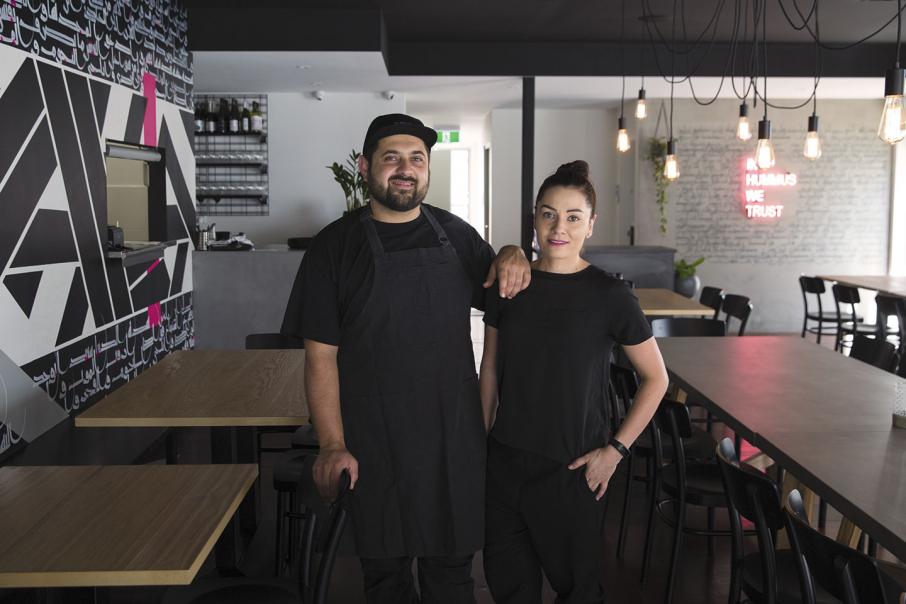 Ziad and Kaitlin Zammar say leveraging the community feel of crowdfunding was a key part of their strategy. Photos: Attila Csaszar

The owners of a new Northbridge eatery have placed a big emphasis on connecting with the community, and used crowdfunding to provide one element of that relationship.

A determination to expose the creative side of Middle Eastern culture and enmesh it in the Perth culinary psyche was a driving factor in Ziad and Kaitlin Zammar’s decision to leverage community support for their new restaurant, The Hummus Club.

The Zammars took to crowdfunding platform Indiegogo earlier this year to secure a comparatively small financial stake in the enterprise.

“The $50,000 we asked for was nothing in comparison to what you need to open a restaurant,” Ms Zammar told Business News.

“We could have found funds other ways, it’s not easy to run a crowdfunding campaign; it takes time to get the word out, there’s a backlog of paperwork and lots of organisation.

“But we wanted to create a place of shared experience and culture and that’s why we decided to crowdfund, so that Perth people could feel a part of this space and our story as well.”

Inspired by family lineage and traditional Lebanese recipes, of which hummus is integral, the couple initially started The Hummus Club at markets around Perth, but said the plan was always to quit their jobs (engineer and pharmacist) to open a restaurant.

After almost 300 pledges later and $51,420 in crowdfunding, together with a pool of other funds, the pair opened their restaurant on William Street in November. 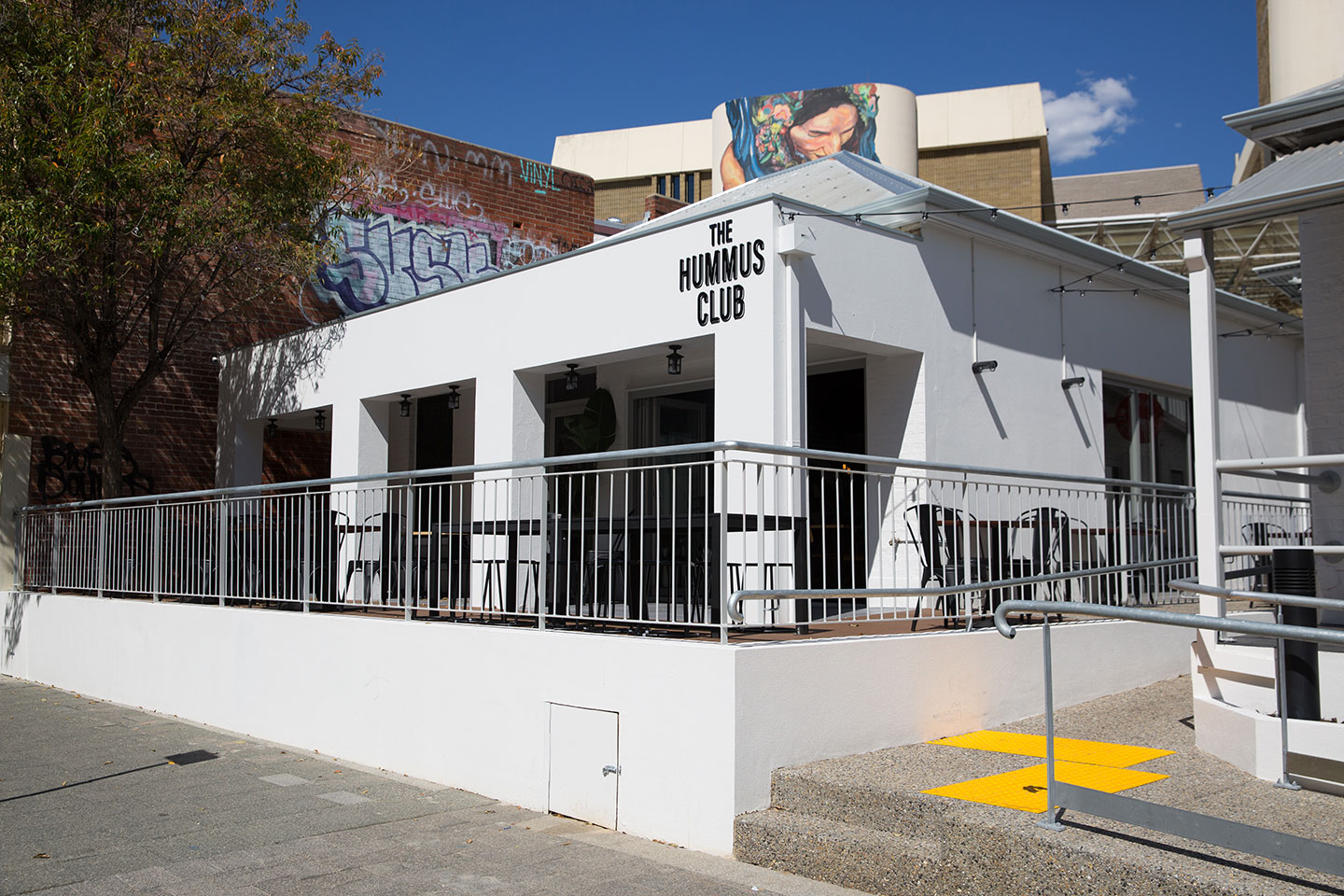 The Zammars are not the first to seek funds via the public platform, with the Perth hospitality scene no stranger to crowdfunding.

Northbridge is home to Australia’s first crowdfunded (permanent) restaurant, Lucky Chan’s Laundry and Noodle Bar, which raised just over $100,000 in a 2014 crowdfunding campaign.

And Western Australian brewery Thorny Devil is seeking funds for a new beer-brewing tank after a bank loan fell through; with just seven days of the campaign remaining, was within striking distance of its $25,000 goal.

The federal government is pushing through changes to legislation for crowd-sourced equity funding to make it easier, more accessible and less expensive for small businesses and startups to raise equity from the public.

One aspect of the government’s plan is that entrepreneurs be permitted to raise up to $5 million a year from a large number of individuals in return for equity in their unlisted company.

The Hummus Club campaign, like Perth’s other hospitality ventures, was based on a reward-oriented model that offered perks to pledgers (rather than equity in the business) depending on the amount donated.

These included meal packages, product giveaways or merchandise; one perk offered by The Hummus Club during its campaign was a feast for two and that the supporter’s name be placed on the entrance wall for $150. 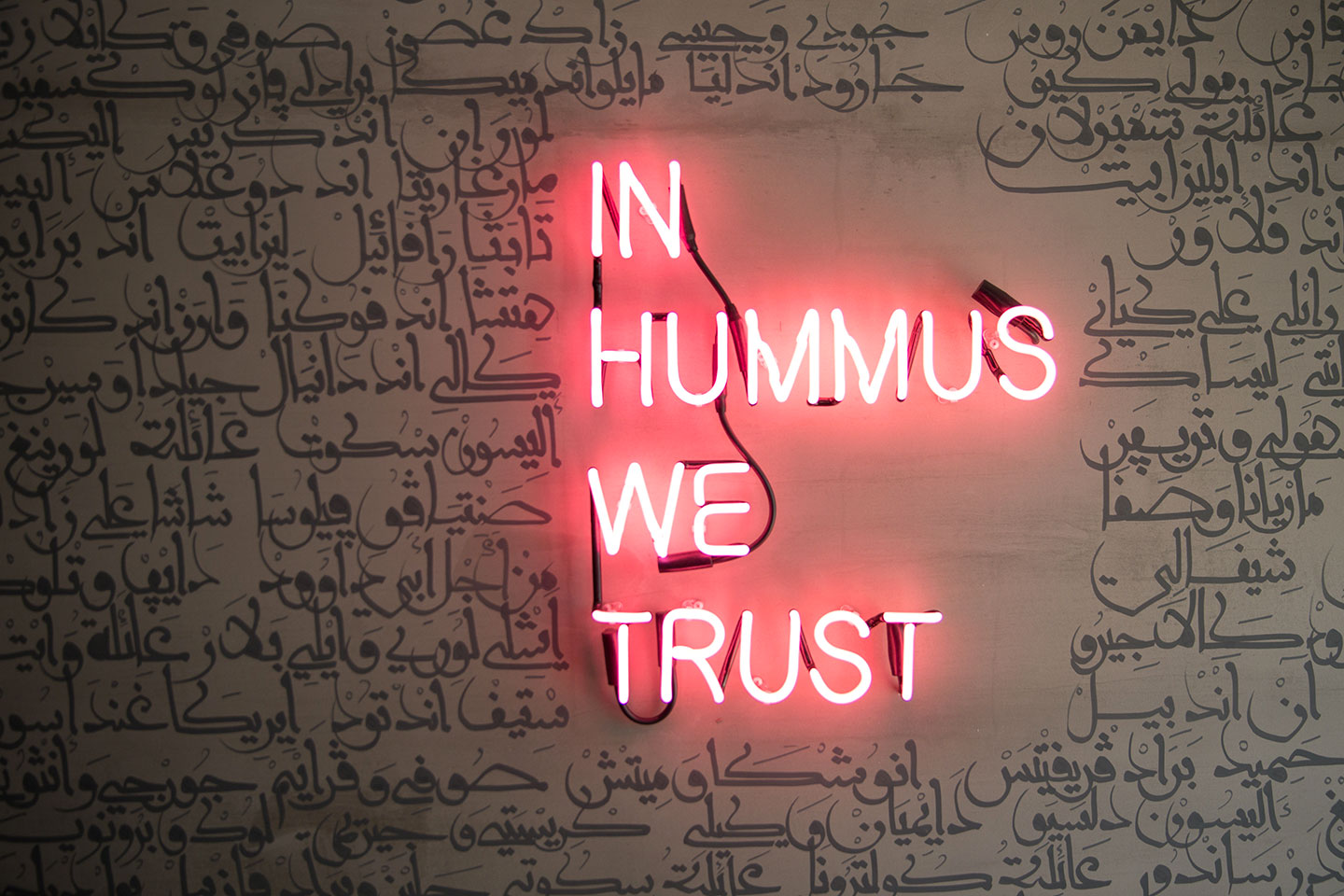 “We wanted to show the creative side of the Middle East, to break down barriers and stereotypes of the Lebanese, the wall was a big part of that,” Mr Zammar said.

“We thought if we crowdfunded a portion of this project we could get the community involved in this also.

“So the wall is an integration of Perth and the Middle East; it’s Arabic script but Perth people’s names.”

The connection of cultures is also showcased through the restaurant’s Lebanese-style food cooked with WA produce, with some items imported from the Middle East, including some alcoholic beverages from Lebanon.

Although the $50,000-plus raised didn’t make a massive dent in the overall budget, Mr Zammar said the real financial gain of crowdfunding was the ‘free’ marketing, hype and exposure generated in the lead up to opening.

“In the first few weeks of business we’ve been flat out and I think a big part of that was because of crowdfunding,” he said.

“We’ve been getting around 150 patrons a night six nights a week, so since we’ve opened we’ve fed over 20,000 people and maybe 20 per cent of those are regulars now.”

Over the next few months the Zammars said the restaurant would host community and live artist events, with plans to extend the menu to offer a lunch service and open more restaurants in the style of The Hummus Club in the future.