How will you be paying for that?

The ability to pay for the needs of our ageing population will be a test of the Abbott government, and all those after it. 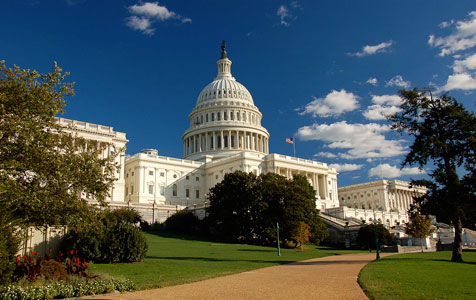 PAYMENT PROBLEM: An ageing population means there’s no let-up for a US economy already under immense pressure.

My recent archival research and touring holiday to the US served up some interesting glimpses of the malaise afflicting that once-great nation.

Succinctly put, I’d be lying if I’d said all’s okay in the USA. The state of the union is increasingly precarious.

During my visit, statistics released by the US Bureau of Labor and the Census office revealed that more people now receive government welfare cheques than those receiving payments from employers or their own businesses.

About 151 million Americans now obtain fortnightly or monthly government cheques, compared to 125 million receiving payment for working or via self-employment.

Recall the hullaballoo during the 2012 presidential election campaign, when the largely pro-Obama media went haywire over Republican contender Mitt Romney, highlighting the fact that 47 percent of Americans were recipients of one form of government entitlement or other, and therefore were unlikely to vote for him.

That figure now stands at 49.2 percent, with the 50 per cent mark coming fast.

Entitlements from Washington come in two forms – means-tested payments, and those people contributed towards during their working lives.

Of the aforementioned 151 million, 100 million qualify for the former, that is, means-tested payments: 82 million, or 27 per cent of the population, receive Medicaid; 50 million receive social security payments; 46 million receive medicare; and 20 million receive a benefit called WIC, whose full title is ‘Special Supplemental Nutrition Program for Women, Infants and Children’.

WIC is “A federal assistance program of the Food and Nutrition Service of the US Department of Agriculture for healthcare and nutrition of low-income pregnant women, breastfeeding women, and infants and children under the age of five”.

Clearly Uncle Sam dispatches lots of cheques to lots of people fortnightly or monthly, and the number of ‘takers’ is growing and the ‘givers’ declining.

It’s clearly an unsustainable state of affairs; but it can, of course, be viewed another way.

“President Obama and the Treasury Department are demanding Congress raises the $16.7 trillion debt ceiling so the government can continue borrowing in order to pay its current obligations before the October 17 [2013] deadline,” she wrote.

“However, and known to far too few citizens, $16.7 trillion is a fraction of the total national debt owed by our government.

“Missing from the discussion about raising the limit on the government’s credit card are trillions in unfunded liabilities that the US simply will not ever be able to pay.

“What exactly are unfunded liabilities?

“They are payments the government knows it owes in the future, including the future costs of Medicare, Social Security, and the prescription drugs of Medicare Part D.”

Ms Adams pointed out that these already stand at a whopping $125.7 trillion.

She said that, for reasons best known to the “wise ones” living in swish Washington DC, these unfunded liabilities were not itemised on the current US Treasury balance sheet.

“However, due to a demographic bulge comprising 28 per cent of the total US population now reaching retirement, these mounting ‘unfunded’ obligations can no longer be ignored,” Adams continued.

“Our government will struggle to generate enough tax revenue to pay for what is owed and promised, but 76 million rapidly aging baby boomers overwhelm the number of younger workers paying into the system.

“Eventually, between the interest on the debt and the benefit payments themselves, there will be no money left in the federal budget for anything else.

“During the next few weeks, as you hear politicking about raising the debt ceiling from $16.7 trillion to about $20 trillion, be aware that you’re hearing only of ‘government-style’ accounting, covering only a small fraction of the national debt.”

I’ve not raised this issue to only warn what’s happening in US, but also because Australia isn’t immune from identical trends.

The Abbott government has convened a Commission of Audit to examine our evolving financial situation.

It’ll be interesting to see how it confronts our demographic and sustainability realities or if they’re kicked down the road like President Obama is doing.