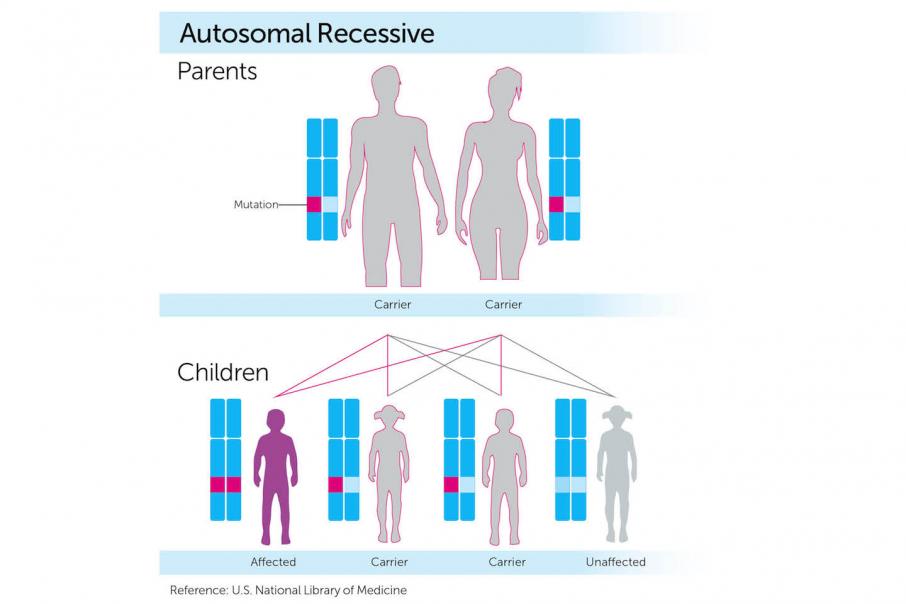 There is a one-in-four chance of having an affected child when both parents carry a harmful mutation in the same disease gene.

It focuses on screening for genetic diseases.

This announcement will position Australia as a world leader in screening for known genetic causes of often debilitating diseases.

A study of 50 severe recessive diseases found their combined incidence is one in 600, which is greater than Down syndrome.

The program’s details and final allocation of funds are yet to be determined.

However, a national education program for health professionals and skilled genetic counselling should be included to inform and care for parents.

Professor Nigel Laing AO, head of Neurogenetic Diseases at the Harry Perkins Institute of Medical Research, has been campaigning for widespread availability of pre-pregnancy screening for more than three decades.

Professor Laing is a world leader in investigating the genetic causes of muscle diseases in newborn babies and children.

He has worked with many families from around the world desperate to know what it is their child is suffering from.

With a disease named after him, Laing distal myopathy, his laboratory has so far identified more than 30 disease genes, contributing to a world map of known genetic mutations that cause often debilitating diseases.

The Laing Laboratory was the first in the world to identify a gene for one sub-group of neurogenetic diseases, which causes muscle weakness in babies and shortens life.

The team is also researching recessive diseases which result in paralysis of babies before they are born.

Typically, there is no previous family history of recessive genetic disease in a family.

There is no warning that a baby affected by such a genetic disease could be conceived.

There are not a lot of treatment options, and costly life-long management has a substantial impact on patients, their families and on the health budget.

In this devastating disease, nerve cells in the spinal cord degenerate so the child becomes progressively paralysed and dies.

One in 50 people carry the gene for SMA, and if they partner with another carrier they have a one in four chance with every pregnancy of having a baby with SMA.

The Minister has set the goal of having a free pre-pregnancy carrier screening program available to every couple in Australia who wish to access it.

The revolutionary work that started it all

As we look to the future, we also must acknowledge a WA pioneer in genetic disease.

Dr Patricia Kailis was one of the first researchers to conduct groundbreaking research on genetic diseases; mapping debilitating conditions such as Duchenne Muscular Dystrophy (DMD), and giving vital information to families considering having children.

So effective was her research with Professor Byron Kakulas that, in the 1960s, WA recorded the first reduction of some genetic diseases as a result of genetic counselling.

This work was done before the era of gene discovery but it laid the groundwork for the future identification of disease genes.

Dr Kailis identified distinct patterns in families and, as a result, could give couples information about their chances of having a child with a particular condition.

Her revolutionary work was the foundation of internationally recognised genetic discoveries of Professor Laing at the Harry Perkins Institute of Medical Research.

On March 22, the Perkins proudly announced Dr Kailis as an Ambassador to the Institute.