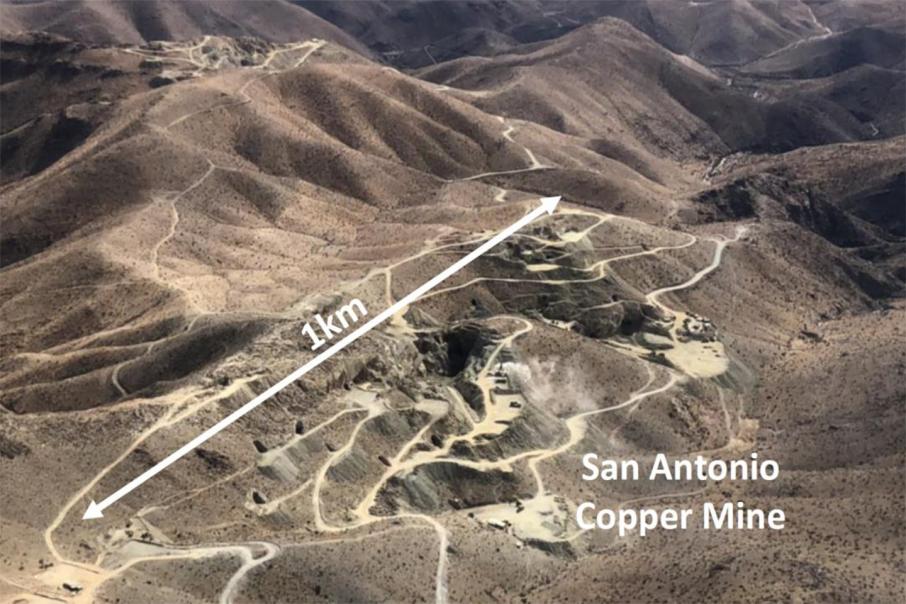 Surface results going up to 6.5% copper, 1.97 grams per tonne gold and 24.3 grams per tonne silver have been returned from the program area, where Hot Chili detected several large copper-in-soil anomalies late last year.

The highest priority target at San Antonio East is centred about 1km south-southeast of the main San Antonio underground mine workings.

The prospective looking opportunity contains occurrences of the sought-after porphyry copper mineralisation and an extensive brecciated alteration zone, which covers at least 600m of strike and about 100m in width.

Each of the new exploratory targets shows an encouraging size and metal distribution of copper, silver and gold which are the company’s main pathfinder elements for the style of mineralisation it is seeking at the El Fuego project.

The targets are all considered to be a high priority based on the coincidence of anomalous copper in soil geochemistry, the extensive alteration observed, presence of visual copper mineralisation at surface and the favourable geological structural setting.

Hot Chili says it will complete a detailed program of infill soil geochemical sampling and further detailed mapping across each of the new targets this year in order to rank and prioritise their potential.

The work significantly expands the potential of the San Antonio prospect, ahead of the first assay results from the company’s maiden drilling program, which commenced in June.

To date, Hot Chili has completed 18 RC drill holes for approximately 2,280 metres of the 5,000m program, with priority for sample analysis being given to those holes that intersected obvious zones of copper mineralisation.

Initial results from the prioritised drilling samples will become available shortly for reporting and interpretation.

The drill program has been targeting potential extensions to the southern and central parts of the San Antonio prospect, with current work focussing on the northern section.

Once the San Antonio drilling is completed, the rig will be mobilised to the Valentina copper mine prospect, 5km to the north.

Curiously, they have seen little modern exploration for resource definition over the past 50 years, due to private ownership.

Shareholders will now eagerly await assay results from the maiden RC drill program, knowing that at least another half dozen priority copper exploration targets are also in the bag at San Antonio.