Hot Chili pumps out another bumper copper intercept in Chile 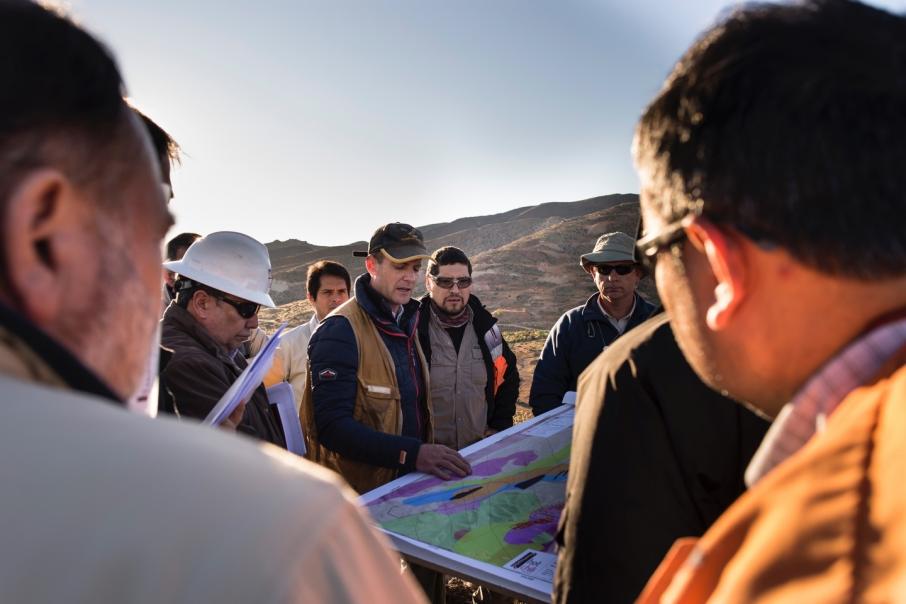 Notably, the company reported the 138-metre high-grade core was intersected at similar depths and laterally, 170m south-east from a previously reported hole which returned 82m at 1.0 per cent copper-equivalent. According to Hot Chili, the drilling demonstrates the continuity of high-grade mineralisation at the prospect.

Management says the expansion of the main porphyry is “very pleasing” ahead of the company’s plans to upgrade the maiden 451 million tonne Cortadera resource.

Cortadera is the centrepiece of the company’s development portfolio and Hot Chili believes it to be one of the most significant copper-gold discoveries of the past decade in Chile. It contains a whopping 1.66 million tonnes of copper and 1.9 million ounces of gold grading 0.37% copper and 0.13 g/t gold.

Cortadera’s porphyry deposits, which extend for a strike length of 2.3km to a depth of 1km, comprise the Cuerpo 1, Cuerpo 2, Cuerpo 3 and Cuerpo 4 deposits.

“We have added approximately 170m of width to Cuerpo 3 and hope to extend several other open flanks to the high-grade core by year-end.”

“We are also continuing to see positive shallow intersections in the current RC drilling program at Cuerpo 2.”

“The next resource upgrade at Cortadera will provide a strong basis for the first combined open pit and block cave mining reserve estimate at our growing Costa Fuego copper-gold development.”

The company says a follow up diamond drill hole is currently underway at Cuerpo 3 with a view to extending the high-grade North Flank mineralisation a further 80 metres. Hot Chili says the hole is currently at 490m and initial visual inspections are promising.

Importantly, the company reported an intersection at Cuerpo 2 that returned 42m grading 0.5 per cent copper-equivalent that shows the potential for both copper and gold mineralisation to be upgraded in the maiden resource model.

Hot Chili aims to grow the Cortadera deposits significantly as three drill rigs continue to furiously test the extents of mineralisation there.

Infill drilling to upgrade the mineral resource is also underway.

Cortadera’s scale makes Hot Chili the standout copper-resource holder on the ASX. The company continues to build momentum in the lead up to its dual listing on the Canadian stock exchange with a mind-boggling list of activities including ongoing resource drilling and exploration and preparations for a pre-feasibility study. Market observers will be keen to see how Hot Chili compares to its North American peers as the company seeks to become a leading copper-gold developer across two public markets. 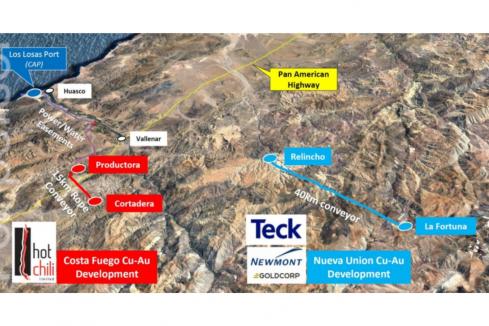 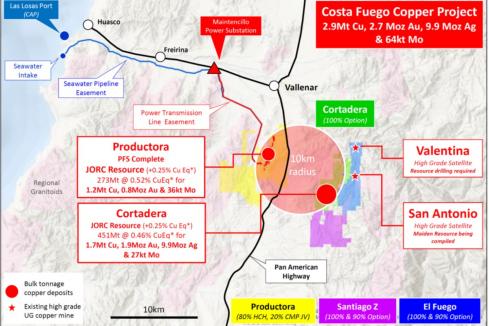