Latest assays from drilling at the San Antonio copper mine suggest Hot Chili may have found a large, high-grade, shallow copper resource that could transform the economics of its flagship Productora development just 20kms away. Best results include 27m at 1.3% copper and 5m @ 2.5% copper. Copper mineralisation is continuous over a 700m strike length and remains open along strike and at depth. 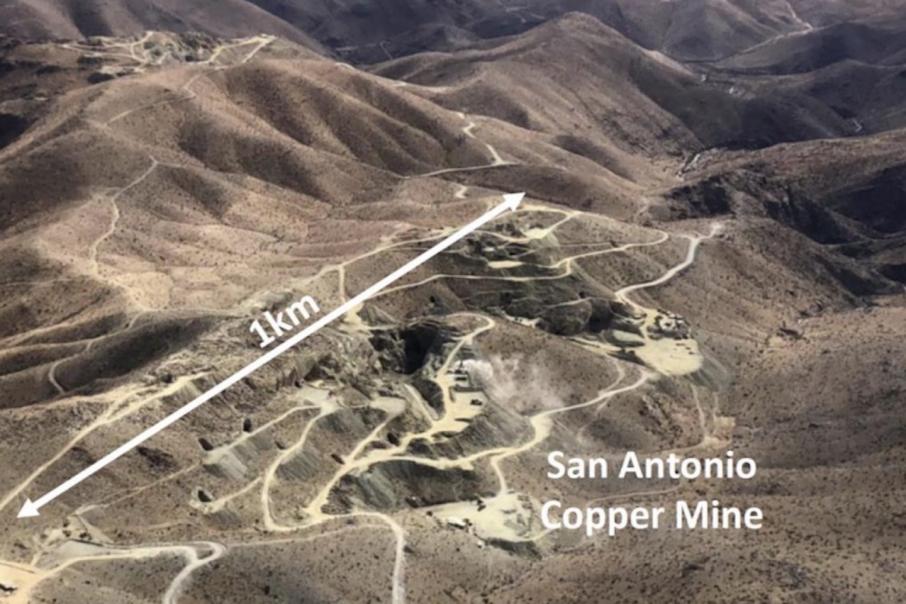 Hot Chili’s search for high-grade satellite copper mineralisation to sweeten its giant Productora copper project in Chile is playing out superbly, with first-pass drilling at the nearby San Antonio project unearthing a large, high-grade copper extension of the historic small scale mine.

The aspiring copper producer told the ASX that latest assays from a maiden 5,000m RC program at San Antonio had produced excellent results from shallow depths, headlined by a 53 metre intersection grading 0.9% copper, including 27m @ 1.3% copper.

He said; “We are extremely pleased that our first drill program has met with such success, confirming a potentially large, high grade copper deposit from the surface at San Antonio.”

“Hot Chili has never before had access to substantial high-grade ore sources that could be combined to sweeten the grade of our bulk tonnage, large-scale development at Productora. That has changed now. Together with Valentina. these two deposits have the potential to both add and unlock significant value for Hot Chili.”

The mines have been worked by small, family operators for the past 50 years and have not been properly explored or developed. Just 2 million tonnes has been mined at San Antonio since 1964, however the average copper grade has been 2%, along with 0.3 g/t gold and 16 g/t silver.

Hot Chili’s drill results have shown there is a host of reasons to be encouraged about the potential of San Antonio. The copper sulphide mineralisation is shallow and ideally suited to an open pit mine with a low strip ratio.

Wider zones of mineralisation in the historical underground mine have now been confirmed at depth and the mineralisation appears to be continuous over a strike length of 700m. Even better, it remains open along strike and at depth.

Drill results from a further 23 holes at San Antonio and Valentina are expected over the coming weeks, with follow-up drilling to be planned as soon as all the results are in.

Hot Chili has already invested more than US$90 million at Productora to establish a resource of 1.5 million tonnes of copper and 1 million ounces of gold.

A PFS completed in 2016 showed the project could produce an average annual EBITDA of US$185 million over a 10-year mine life, however these numbers are highly sensitive to any increase in grade, which means investors are watching closely how the high-grade strategy unfolds. So far, it hasn’t disappointed.