Hot Chili has shaken the tin and come away an impressive $25.6 million, completing a placement to fund an accelerated development program in Chile and maintain its wholly owned position in the massive Costa Fuego project. The company will use the proceeds of the raising to fund the second US$10 million instalment payment for the purchase of Cortadera and to accelerate its drilling across the project area. 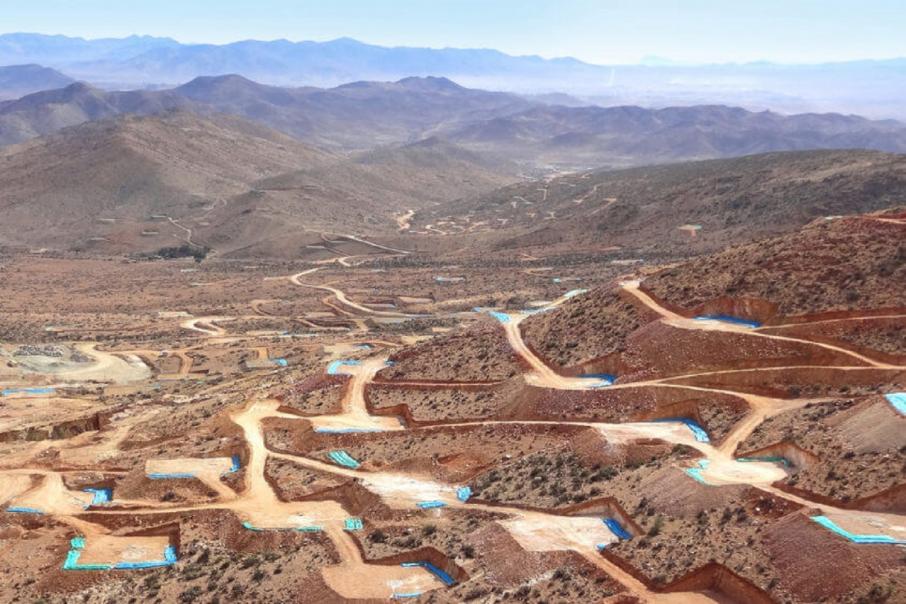 Hot Chili has shaken the tin and come away with an impressive $25.6 million, completing a placement to accelerate its development program in Chile and maintain its wholly-owned position in the massive Costa Fuego project.

The company will use the proceeds of the raising to pay the second US$10 million instalment for the purchase of Cortadera, maintaining 100 per cent ownership of the tenure and as capital injection to fund an accelerated exploration and development program across the project area.

Hot Chili will issue a total of 609.8 million shares in two tranches to sophisticated and professional investors, at a price of 4.2c per share. The share price represents a 14 per cent discount to Hot Chili’s last traded price before it entered a trading halt on the 16th of November 2020.

The focus of the company’s accelerated development plan will be the Phase 4 drilling program, with a massive 40,000m drilling campaign scheduled to kick off early in the New Year. The drill fleet will consist of two diamond rigs, being supported by a reverse circulation rig, operating around the clock as the Hot Chili extends its resource positions at Cortadera and Cortadera North.

“The institutional backing of the Placement was pleasing and a strong endorsement of Hot Chili’s growth strategy and continuing success at Cortadera.”

“This funding provides certainty over our ability to deliver multiple catalysts in the year ahead.”

“With copper price at seven-year highs, we are poised to accelerate our plans for Cortadera and position the Costa Fuego coastal copper project as one of the world’s leading new copper developments.”

Hot Chili’s Costa Fuego porphyry copper-gold project lies on Chile’s coastal strip, just 50km inland from the port of Los Lasas and 600km north of the country’s capital of Santiago. The project area hosts a trio of substantial porphyry deposits including the Cortadera, Productora and San Antonio discoveries, which together boast a massive endowment of metals including 2.9 million tonnes of copper, 2.7 million ounces of gold and 9.9 million ounces of silver.

The total resource over the Costa Fuego project tips the scales at an eye-catching 724 million tonnes at 0.48 per cent copper, 0.12 g/t gold and 0.7 g/t silver, making it one of the largest global copper finds in recent history. The developing project enjoys outstanding access to infrastructure through the Costa Fuego region, including power, a nearby port, a seawater pipeline to supply much-needed water to milling and processing operations.

Importantly, the project also has access to the nearby Vallenar processing facility, which is owned by the Chilean Government’s ENAMI group and lies just 15 km north of Hot Chili’s Productora mine. The company is now ramping up the mining and processing of the high-grade ores from Productora, having received permitting for a move to underground operations at the deposit.

The current work program at Cortadera is continuing to return impressive intercepts of mineralisation with recent drilling returning a 373m grading 0.4 per cent copper and 0.1 g/t gold, with a second 500m long intercept from Cuerpo 2 now in the lab awaiting assay.

Hot Chili is also in action at Cuerpo 3, where the company is putting down a 1,200m deep hole to test the south-east extension of the deposit. The diamond hole intersected mineralisation around 500m down-hole and shows between 0.5 to 3 per cent chalcopyrite, the dominant copper sulphide in the system and up to 10 per cent quartz veining. The drill hole is now at 1000m and is on track to produce an intercept of more than 500m width.

The company has also launched into exploration at the massive, untapped Cortadera North target with four reverse circulation drill holes completed across a molybdenum anomaly. A further six holes are scheduled for completion in the coming weeks to test a large, induced polarisation target with copper-bearing quartz veining.

Hot Chili is now fully funded and able to turbo-charge its exploration and development in Costa Fuego. With drill rigs continuing to return 500m wide mineralised intercepts and the company looking to kick its Phase 4 program into gear in the coming weeks, there looks to be no slowing this rolling stone as it barrels into 2021.