Hot Chili has launched feasibility over the company’s immense Costa Fuego copper-gold project in northern Chile, appointing expert engineers Wood to oversee a PFS over the greater Costa Fuego project area. The study will use the 2016 Productora pre-feasibility study to expedite a larger PFS over the project, which hosts more than 724 million tonnes in copper and gold resources. 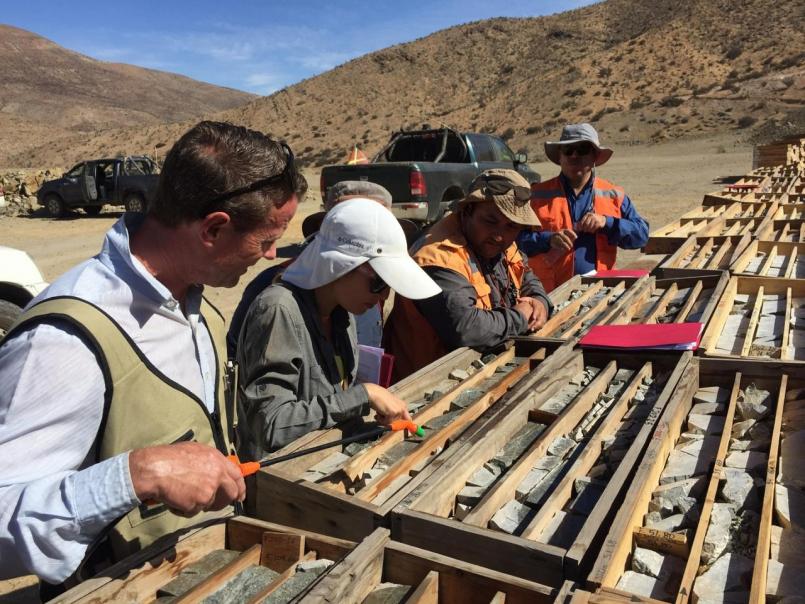 Hot Chili has pressed the button on a pre-feasibility study for its immense Costa Fuego copper-gold project in northern Chile. The copper miner has appointed expert engineering group Wood to oversee the study and plans to utilise the 2016 PFS completed on its Productora project to expedite a larger assessment of Costa Fuego.

Wood brings an impressive set of credentials to the project and has extensive expertise in global porphyry copper-gold project development.

The engineering company is currently completing detailed design and engineering for Rio Tinto at the giant Oyu Tolgoi mine in Mongolia and is also assisting development of Codelco’s Chuquicamata copper project in Chile.

Hot Chili says Wood has overseen design and delivery of more than 250 projects in 40 separate countries, making it a valued partner to fast-track development of Costa Fuego.

Whilst Hot Chili’s Productora mine is already a producing asset for the company, with modest tonnages of high-grade ore being fed to the Chilean government’s nearby ENAMI mill, the company now has its sights set on a far larger, centralised operation. The 2016 PFS was solely based on the resource hosted by the Productora porphyry, which weighed in at 273 million tonnes grading 0.44 per cent copper and 0.09 grams per tonne gold.

However, Hot Chili has had a very busy and successful few years since the original discovery and has now nearly tripled the resource base for the Costa Fuego project. Growth in resources has come courtesy of the discovery of a nest of porphyry bodies at Cortadera, 14km north-east of Productora.

Dig a little deeper and it’s not hard to see why Hot Chili has moved into a PFS on Costa Fuego as swiftly as it has.

The company’s Chile discovery rates as one of the largest copper finds worldwide in the past decade and contains a whopping 2.9 million tonnes of copper and 2.7 million ounces of gold.

With copper currently hovering just below US$10,000 a tonne and gold pushing back towards US$1,900 per ounce the value of the metals locked up in Hot Chili’s copper-gold porphyry system is truly staggering and a significant enticement to move into large-scale production.

In the wake of additional emerging discoveries at Cortadera North and Santiago Z, the company is looking to build a 20-to-30 million tonne per annum milling facility about 10km south of the regional hub at Vallenar. The position of the proposed plant would provide access to key infrastructure, including power, water and road access to the Las Losas port on the coast about 40km west of the project.

Hot Chili’s plant would be central to its smorgasbord of copper-gold deposits, with Productora in the west and the Cuerpo/Cortadera deposits to the east. Over time, the Valentina, San Antonio and Santiago Z discoveries might also feed into such a facility, delivering Hot Chili a large-scale, long-life operation.

With the company continuing to build its resources at Cortadera via aggressive drilling and Wood now on the job, revising and updating the company’s PFS, Hot Chili finds itself entering the home stretch of an exploration and development journey of more than 10 years in Chile.

Its Costa Fuego PFS is due to be tabled in the third quarter of 2022.