Hot Chili edges up the register at Chilean copper play

Hot Chili is poised to take full ownership of the immense Costa Fuego project in northern Chile, following the early payment of an additional US$10 million to the vendors of the Cortadera discovery, SCM Carola. The company has delivered a total of US$17 million to the private Chilean group, with a final payment of US$15 million now due on or before the middle of July 2022. 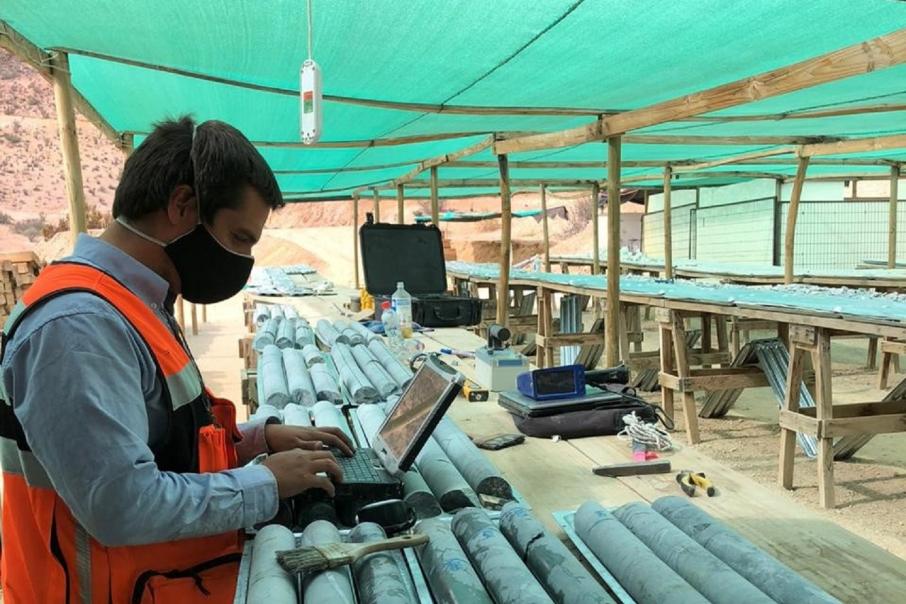 Hot Chili is poised to take full ownership of its immense Costa Fuego copper-gold project in northern Chile, following the early payment of an additional US$10 million to the vendors of the Cortadera discovery, SCM Carola. The disbursement, which was not due until July of this year, brings the company’s payments to the private Chilean mining group to a total of US$17 million, with a final payment of US$15 million now due on or before the middle of July 2022.

The company looks to have given itself plenty of breathing space in the lead up to making the final payment, providing ample time to complete its current 40,000-metre drilling program across the Cortadera porphyry discovery and continue to build on the massive resource inventory it has accumulated in the short time in which it has part-owned the project.

Hot Chili Managing Director, Christian Easterday said: “In less than two years we have transformed Cortadera from a small privately-held discovery in Chile to a leading global copper resource.”

“Coming off the back of our first resource of 1.7Mt copper metal and 1.9Moz gold, announced in October 2020, Cortadera now represents one of the lowest cost recent acquisitions in the copper sector.”

“This equates to less than US 1 cent per pound of copper added in resource against the total purchase price of US$32 million and is set to further reduce with additional resource growth this year.”

Hot Chili’s remarkable Costa Fuego porphyry copper-gold project is located on the Chilean coastal strip, approximately 600km north of the country’s capital of Santiago. The company has uncovered a trio of porphyry copper-gold deposits across the project area that include the Cortadera, Productora and San Antonio ore bodies, with recent exploration indicating there is a high probability that Hot Chili will soon add to this list of discoveries.

Costa Fuego’s global resource currently stands at a colossal 724 million tonnes at 0.48 per cent copper, 0.12 g/t gold and 0.7 g/t silver making it one of only two major global copper discoveries in the last decade. The other major discovery belongs to multi-national mining behemoth Rio Tinto who discovered the enigmatic Winu deposit in northern Western Australia.

Hot Chili’s Costa Fuego project is well positioned for development with outstanding access to infrastructure including power, the nearby port at Los Lasas and importantly, a seawater pipeline to supply essential water for both mining and processing.

Interestingly, the region also hosts ENAMI’s Vallenar copper processing facility that sits just 15km north of the company’s Productora mine. Hot Chili has recently amended its processing agreement with ENAMI and now utilises much of the plant’s processing capacity as it continues to mine the high-grade ores from the Productora operation.

Hot Chili is currently knee-deep in an infill and extensional drilling program across the Cortadera discovery, with three rigs drilling around the clock at the Cuerpo 2 and Cuerpo 3 ore bodies and a potential new discovery at Cortadera North. The company is scheduled to complete this phase of drilling in the coming months, with the aim of further defining the massive ore system and the estimation of an even larger resource for the flourishing copper-gold project.

With Hot Chili’s drilling program continuing to return mineralised intercepts topping more than 350 metres in length and the company is ahead on its payments to take 100 per cent ownership of the project.

The aspiring copper miner has proven that the right address is everything, having quickly turned what might have seemed a renovators delight in Chile into one of the best houses on the global stage.