No cash, pay-at-the-table technology, a business focus on bookings, experiential dining and restricted menus may define the future of hospitality in Perth. 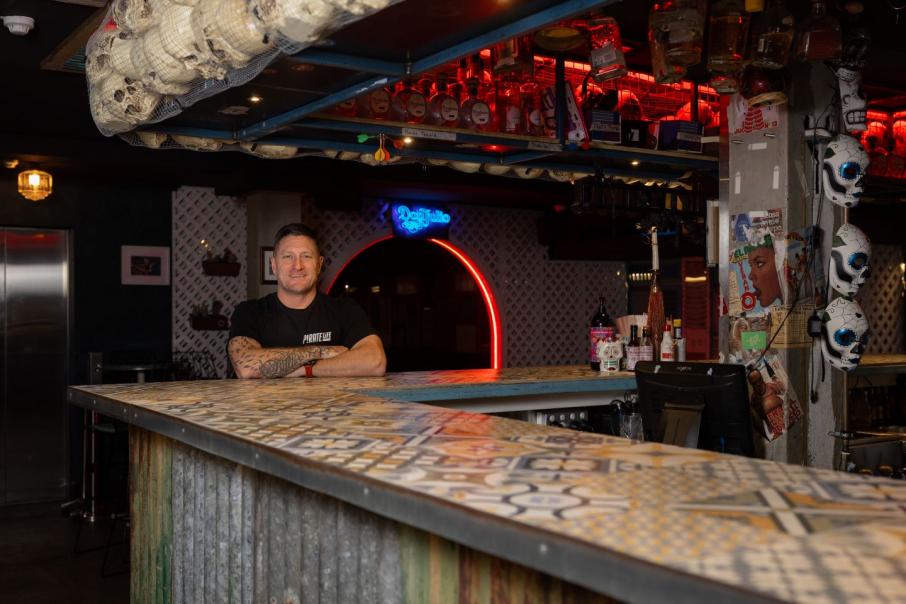 Few industries were devastated by COVID-19 restrictions quite like the hospitality sector.

Bars were closed, high-end restaurants resorted to serving takeaway, chefs and wait staff were left without work and it was rumoured some venues might have to shut their doors for good.

Once restrictions eased and restaurants re-opened, recording the name and mobile number of every diner became a requirement and venue capacity was capped.

Now, after restrictions have been lifted further, you could be forgiven for forgetting the world is in the middle of a pandemic as you walk through Perth’s CBD on a Saturday night.

But some of the rapid changes hospitality businesses made during the pandemic are here to stay. Sneakers & Jeans owner Andy Freeman said COVID-19 caused the industry to grow up and embrace technology.

“It’s changed; there was an aggressive correction that we got forced to make.

“Off the back of that, I think it has given some of us operators confidence to take a few of these key learnings and keep running with it.”

One lasting change in Mr Freeman’s venues, including Cabalittos and Varnish on King, was the decision to refuse cash.

Although it seems counter-intuitive, he said accepting cash cost him money, because it was expensive to insure, required labour to count it and cash variances could increase accounting costs.

“Everything about cash is expensive and it’s such a small part of our business; it’s only about 20 per cent, no-one uses it,” he said.

Mr Freeman said the pandemic had fast tracked the demise of cash by about five years.

“There was an inevitability that our community would become a cashless one,” Mr Freeman said.

“COVID hit and bang, all of a sudden, everyone’s cashless.”

Mr McLernon, who is responsible for venues including The Camfield and The Reveley, used the pandemic-induced down-time to implement a contactless payment system, me&u.

me&u’s technology allows a customer to order and pay for their food and drinks on their mobile phone after scanning a QR code on the table, meaning people avoid crowds at the bar.

“We were 50-50 as to whether we would do it before COVID, and then once it hit we decided to push the button on it and do it,” Mr McLernon told Business News.

The move could be good for business too, with me&u’s website claiming table spend could increase by up to 35 per cent when people didn’t need to leave their table or wait for a staff member to order drinks.

A spokesperson from me&u said enquiries about its product had increased 1,200 per cent since the beginning of the pandemic.

Perth-based startup Mimu has developed a similar mobile app which allows customers to order from the table.

Mimu founder Andrew Jones said he had received 30 times the normal number of enquiries about the app since the shutdown.

Similarly, Margaret River winery Voyager Estate is continuing to take prepayment for bookings, which has reduced cancellations and inadvertently encouraged people to pay more on the day, according to Voyager Estate cellar door manager Adam Elton.

“Because they have already paid their $110 per person, two weeks ago when they booked, it’s almost like they are turning up with a fresh sense of, ‘What can I spend today?’” Mr Elton told Business News.

The winery has also limited capacity to 40 diners and has only one five-course set degustation menu to choose from, which was designed to limit food wastage.

“It’s a cost-management decision in terms of our food ordering, and therefore wastage as well.

“As part of trying to be a sustainable business, both economically and environmentally, that’s something we are very conscious of.”

Mr Elton said more people were booking tables than usual, which he hoped would continue while the borders remained closed.

“We have still got some strong weekends to look forward to and it seems to be people in groups, planning a weekend group visit down south,” he said.

“That’s probably not as typical for this time of year [but] … people are resigning to the fact they can’t travel interstate or overseas so they are getting their friends together and heading down south instead.”

Data from booking website TheFork, which is used by 313 restaurants in WA, supports claims of an increase in table bookings, recording 10.6 per cent more bookings across June and July than in the period between January and March, despite the two-square-metre rule.

Capitol Corp chair David Heaton said he had also seen an increase in bookings at his venues, which included The Breakwater and The Lookout.

“They want to book booze and bungalows and tables for high tea and lanes for the bowling,” Mr Heaton told Business News.

“That’s become a larger part of our business and a core focus for us.”

While Mr Heaton said more experiential dining experiences, like bowling and high tea, were busy before COVID-19, they had grown in popularity since the pandemic.

The group had also implemented the payment system Mimu in some of its venues.

“I think COVID has pushed us ahead at least five years, it’s almost like there is this fast forward button that’s been hit,” he said.

While an economic downturn tends to encourage cheaper dining preferences such as share plates, Sneaker & Jeans’ Andy Freeman said there was a group of people who had money to spend, at least in the short-term.

“I think a lot of people suffered, they got made redundant, they were casuals in the industry whether it be hairdressing or hospitality, their hours got slashed and people’s jobs dried up, and there’s the other school that worked the whole way through, had nothing to do, nowhere to spend any money, they had been working from home, so they are just dying to go out,” Mr Freeman said.

“There are people who had holidays booked that got cancelled so they saved up all this money to go on a big trip sitting in their account and want to spend their money.”

So far, Mr Freeman said, people had been spending more per head at his venues but the government restrictions meant not as many people were coming through the door.

“For us, at least in the short to medium-term, this is what we are going to keep seeing.

“It hasn’t backed off at all, we are still booked out for the next couple of weeks in advance, [there is] very strong consumer market at the moment so we are very excited.

“Long-term, your guess is probably as good as mine.” 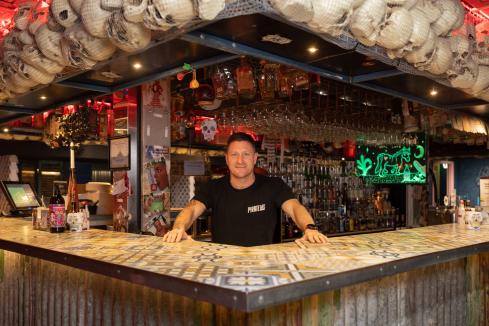