Horizon Minerals is showing itself to be more than just a gold mining house, delivering a massive vanadium resource at its Richmond-Julia Creek project in Queensland. This week Horizon tabled a colossal 1.8 Billion tonne resource at 0.36 per cent vanadium pentoxide at Richmond-Julia, with metallurgical test work showing that a high value concentrate can be easily and cheaply produced via conventional processing. 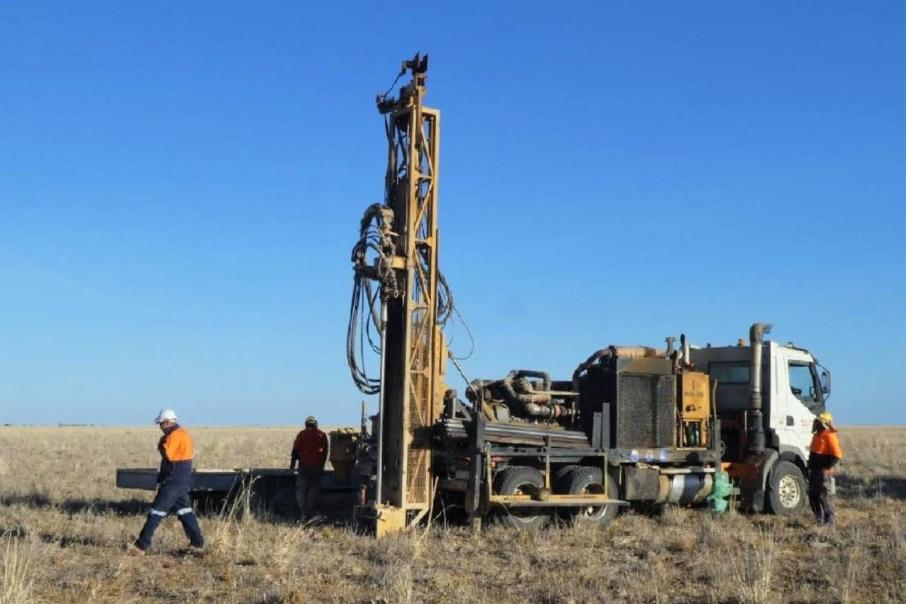 Horizon Minerals is showing itself to be more than just a gold mining house, delivering a massive vanadium resource at its Richmond-Julia Creek project in Queensland.  This week Horizon tabled a colossal 1.8 Billion tonne resource at 0.36 per cent vanadium pentoxide at Richmond-Julia, with metallurgical test work showing that a high value concentrate can be easily and cheaply produced via conventional processing.

Recent drilling at the Lilyvale deposit revealed massive tonnage, near-surface, vanadium mineralisation that has significantly added to the global resource at the project. The vanadiferous host rock at Lilyvale lies below a thin veneer of soil cover and it is located to the east of the existing resources at Manfred and Rothbury.

The updated Lilyvale resource has weighed in at an impressive 560 million tonnes at 0.48 per cent vanadium pentoxide. It adds crucial high-grade metal into the project inventory and, importantly, over 75 per cent of the tonnes in the deposit fall into the coveted ‘indicated’ category. The deposit is 5-10 metres thick, up to 4 km wide and 5 km long and it remains open along strike.

Horizon Minerals Managing Director, Jonathan Price, said: “Infill drilling at Lilyvale has demonstrated the improved scale and quality of the resource that can be readily upgraded on site for conventional downstream processing. Lilyvale alone can provide globally significant electrolyte and flake product to meet the increasing demand for both the steel and emerging energy storage markets. We look forward to the completion of the commercial evaluation as part of the Feasibility Study."

The Richmond-Julia Creek project is a joint venture between Horizon and privateer, Richmond Vanadium Ventures Pty Ltd or “RVT”, with the latter earning 75 per cent of the project by spending A$6 million before March 2021, which will include a feasibility study.

The project is located in Central North Queensland, between the mining centres of Charters Towers and Mt Isa, approximately 45 km northwest of the town of Richmond and close to both the Flinders Highway and Great Northern Rail Line, giving it access to the port at Townsville.

RVT completed over 300 shallow aircore drill holes during 2019 and the latest impressive resource upgrade comes of the back of a detailed evaluation of the drill data. The resource at Lilyvale is hosted by near surface oil shales with much of the vanadium mineralisation kicking in just 2 metres below surface and extending to around 15 metres deep– the deposit appears to lend itself perfectly to low cost, shallow open pit mining.

Metallurgical test work indicates that the vanadium ores are amenable to simple upgrading prior to downstream processing. The concentrate is easily and cheaply produced using conventional screening, gravity, and floatation. This flowsheet produces a 1.6 per cent vanadium pentoxide concentrate, losing 79 per cent of the total mass but delivering a 73 per cent recovery of the vanadium. The concentrate also loses most of its calcium, opening up a range of processing options - bulk samples of around 3-4 tonnes are now being delivered for commercial test work.

Mine optimisation and a commercial evaluation of the project will be completed on the updated resource in the coming weeks. The ongoing metallurgical test work is designed to optimise the concentrate and downstream processing flow sheets to produce 98 per cent flake and electrolyte for sale into the developing vanadium market.

Horizon and RVT’s Pre-Feasibility Study is scheduled for final delivery in the second half of 2020, however, if recent weeks are anything to go by, there will be plenty more to come from Horizon between now and then.