Horizon jumps out of the gates with early Boorara cash

Having made the successful transition from explorer to producer, Horizon Minerals has taken advantage of soaring gold prices to rack up a quickfire $2.93 million in revenue from the first 1,050 ounces of gold produced from its Boorara mining operations 10km east of Kalgoorlie. 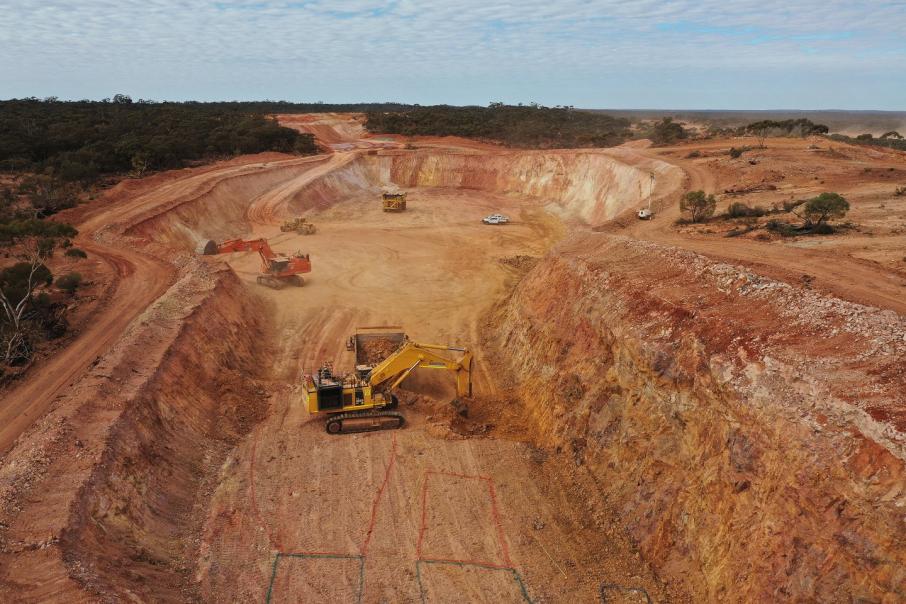 Mining in the Regal East pit.

Having made the successful transition from explorer to producer, ASX-listed Horizon Minerals has taken advantage of soaring gold prices to rack up a quickfire $2.93 million in revenue from the first 1,050 ounces of gold produced from its Boorara mining operations 10km east of Kalgoorlie.

For its initial Boorara milling campaign, the Perth-based company had 26,340 tonnes of near-surface oxide ore processed at Golden Mile Milling’s one million tonnes per annum Lakewood mill, 7km west of Boorara, under a toll treatment arrangement.

This batch of treated ore returned an average feed grade of 1.32 grams per tonne gold and overall gold recovery exceeded modelling expectations achieving recovery rates of 93.8 per cent. The mined ore was extracted from the trial Regal East pit.

Horizon’s decision to mine three trial pits over six months already appears to be paying dividends after it realised a sale price of $2,791 an ounce on all the initial production from Regal East. Earlier guidance indicates its all-in production costs are in the order of $1,682/oz.

The contract mining and toll milling campaign that forms part of the first stage of Boorara gold production operations is scheduled to run through to January 2021 and projected to treat 159,000t of ore – including the initial 26,340t – at a mined grade of 1.86 g/t gold for 8,700 ounces recovered, for an estimated $7.1 million in free cash flow at current gold prices.

And it appears there could be more good news on the horizon in store for investors with the new gold producer expecting grades to increase as mining advances into the deeper and larger, more consistent ore zones.

The next milling campaign, comprising higher-grade ore parcels from the Regal East and Regal West pits, is due to kick off later this month, with ore to start coming from the Crown Jewel pit in October.

The company’s first stage of mine development at Boorara is fortuitously capitalising on the stellar Australian dollar gold price and generating healthy early cash flows. It is also designed to demonstrate the potential to increase tonnage and grade from infill drilling ahead of an evaluation of a proposed larger-scale development and mineral resource update.

Horizon Minerals Managing Director, Jon Price said: “It is extremely pleasing to see the first mine to mill reconciliation coming in within expectations for the upper oxide areas of the orebody. This completes a very successful first phase of activity with mining rates well ahead of schedule, mined grades increasing and completing our first gold sales into this very high Australian gold price environment.”

“This cash generating trial is an important step in the process of improving our understanding of this very large mineralised system at Boorara and de-risking the larger-scale development being assessed as part of the consolidated feasibility study.”

Management said data from pit mapping and detailed geological monitoring is also supporting work towards updating the resource model and establishing maiden reserves as part of the Boorara consolidated feasibility study due for completion in the first half of calendar 2021.

The consolidated FS is looking at Boorara providing the base load tonnage for a minimum of 4-5 years supplemented by its higher-grade open cut and underground satellite deposits within easy trucking distance from a proposed Boorara stand-alone plant, including the Rose Hill, Binduli and Teal project areas.

The market liked the sound of Horizon’s early gold output results from Boorara and its shares, aided by the record gold price, jumped by as much as 16 per cent during trading today.