Auroch Minerals have uncovered important historic drill core up to 27 years old on their Alcoutim licence in Portugal that could provide vital clues as they gear up for the next drill hole along strike from the “supergiant” Neves Corvo deposit. Directors have high hopes for the next drill location, which already boasts multiple coincident anomalies pointing to massive copper-zinc sulphides. 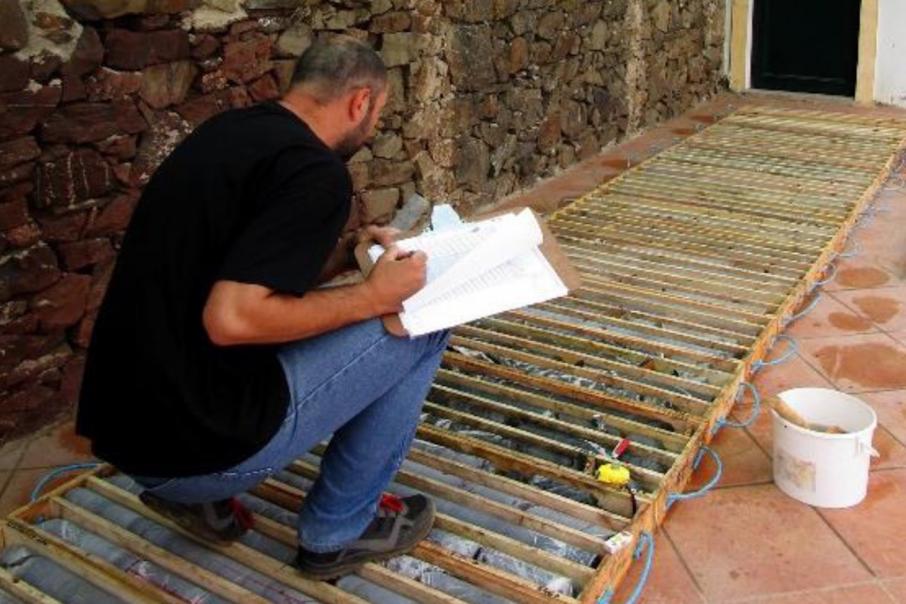 Auroch Minerals’ search for a serious copper-zinc deposit in Portugal has been boosted with the discovery of drill core from eight historic holes at its Alcoutim project.

In an update to the ASX on Friday, Auroch advised that core from eight holes drilled by Billiton and Somincor between 1990 and 2008 had been located in various core sheds and sent to the core library of Portgual’s Geological Survey.

Auroch geologists have seized the opportunity presented by the historic core to gain new insights at its Alcoutim project, which is just 20 kilometres along strike from Lundin Mining’s “supergiant” Neves Corvo deposit.

The core has been relogged by Auroch geologists, who confirmed the presence of the Volcano-Sedimentary complex or “VSC”, which is the all-important mineralized host unit for all of the rich metal deposits in the district.

Auroch geologists also noted similarities between the geology present on the Alcoutim licence and the geological sequences observed at Neves Corvo.

A total of 27 samples were taken for multiple assays and whole rock element analysis with results expected in three to four weeks.

Auroch’s phase 1 exploration is underway with drill tests of a number of targets along the Neves Corvo trend. The second hole in the campaign successfully intersected the VSC sequence and confirmed that Alcoutim was a centre of intense volcanic activity, which is a major driver of the mineralisation process. A down hole electromagnetic survey is currently underway, which may generate new leads about any massive sulphides located near the hole.

Planning is underway for a third hole, targeting the black shales of the Neves Formation at 700 to 800 metres depth. In their statement to the ASX, Auroch directors said “Intense sulphide mineralisation in the Neves Formation is expected, based on clearly positive signals from two different types of electromagnetic surveys (ground EM and Audio Magnetotelluric). In addition, a coincident gravity anomaly confirms the prospectivity of the drill target.”

Auroch is in a strong position to fund its exploration program, with cash, receivables loans and payables of $7.5 million at the end of the June quarter.