Two of Perth’s best-known hospitality players are confident the city’s iconic venues will thrive in the face of competition from the plethora of small bars and pop-up restaurants. 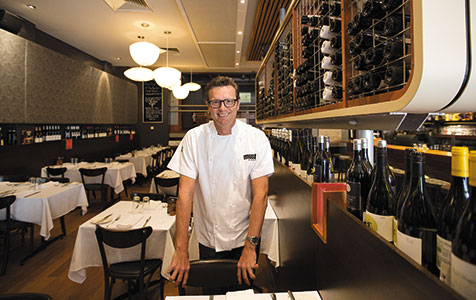 Two of Perth’s best-known hospitality players are confident the city’s iconic venues will thrive in the face of competition from the plethora of small bars and pop-up restaurants.

Must Winebar founding partner and chef Russell Blaikie told Business News the success of his business was in part due to creating and maintaining a bankable experience for customers, rather than relying on fad foods to lure people in.

Mr Blaikie, who won a Business News 40under40 award in 2003 just two years after establishing Must, said while the venue has adapted to consumer demand for fresh ideas, it didn’t try to compete with trendier new venues.

“It still fulfils the bistro pigeonhole, but technically … it’s food that we’ve never served in the past decade,” he said.

A successful hospitality business was also dependent upon its location and the success of other operators in the area, he said.

“The precinct concept is something that I think grows our business. People don’t necessarily say ‘let’s go to Must tonight, they say lets go to Highgate tonight’,” Mr Blaikie said.

He said there was an abundance of successful operators in the area, which he initially thought would pose a problem for the success of his business.

“We were originally concerned when the Brisbane Hotel opened years ago because we though that’s going to take some bar trade off us,” Mr Blaikie told Business News.

However, he said business at Must increased by 10 per cent from the day that the Brisbane Hotel opened its doors.

Another to welcome the sector’s growth, and the increased competition it brings, is Angie Taylor, who with brother, Scott, runs the Beaufort Street Merchant, The Trustee, and Enrique’s School for to Bullfighting.

The pair took over the Beaufort Street Merchant in 2005, and according to Ms Taylor its success has been partially due to making small changes to the business and venue every 18 months to two years to keep it fresh.

“The diversity and increase in number of venues [in Perth] has allowed people more choice,” Ms Taylor told Business News.

“You can no longer just wing it and hope to get away with it; if you’re not operating to the best of your ability it’s going to be harder to survive.”

Ms Taylor said the market was becoming tougher with the increase in the number of small bars and new restaurants in the city and surrounding suburbs, however being in a hospitality-dense area was positive for operators.

“The more choice that consumers have within a precinct, the more people it brings to the area,” she said.

Mr Taylor, a Business News 40under40 award recipient in 2009, said being recognised with such an award helped in terms of credibility among her peers.

The Taylors opened The Trustee – located in the CBD’s Brookfield Place precinct and twice the size of the Merchant – not long after Ms Taylor’s 40under40 win.

The pair’s most recent venture, Enrique’s School for to Bullfighting, was originally intended as a pop-up restaurant next door to the Merchant, but its popularity led to it turning into a permanent addition to the precinct. 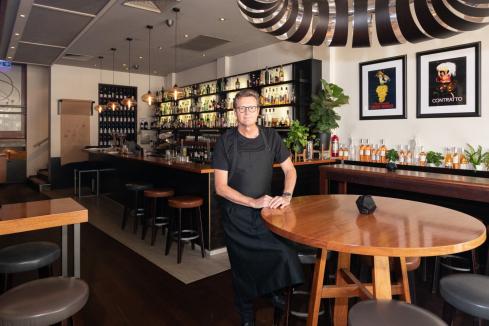