High grade lithium hits roll on for Hawkstone in US

Hawkstone Mining has outlined more high-grade lithium assays from the Big Sandy clay project in the US, including 39m @ 2,015 ppm lithium from 23m down-hole. The company is poised to accelerate its exploration and development activities at the project, following a recent oversubscribed placement for $2.4m, which will facilitate the estimation of a mineral resource and the completion of definitive metallurgical test work programs. 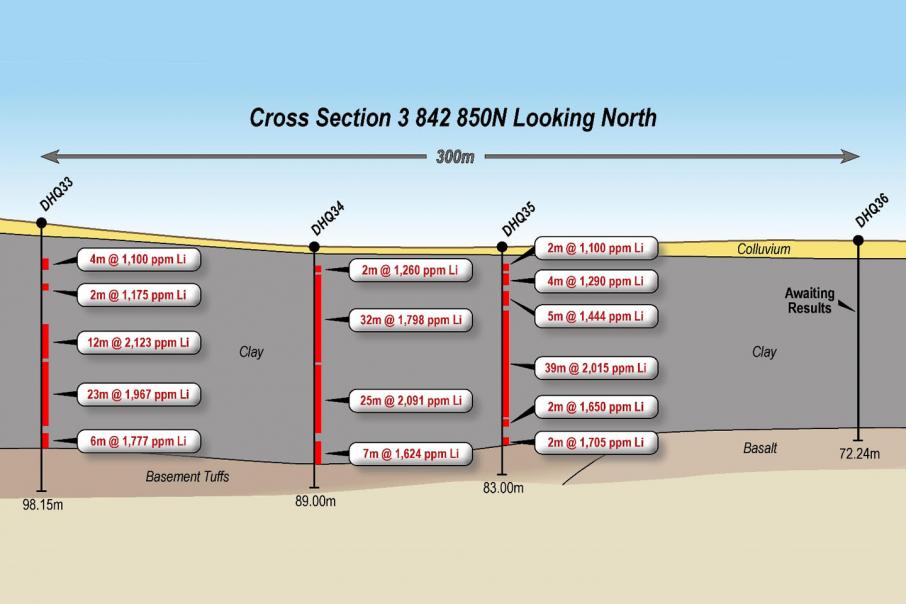 Notably, the ore system remains open both to the north and the west.

Hawkstone said it has now completed 20 of its planned 37-hole program over the Northern Mineralised Zone at Big Sandy, which is being undertaken to facilitate the estimation of a maiden JORC-compliant mineral resource for the project.

The company has also recently received firm commitments for a heavily oversubscribed placement of 120 million shares priced at 2 cents a share to raise $2.4m

Proceeds from the placement will be used primarily to accelerate the exploration and development activities at Big Sandy, including the all-important definitive metallurgical test work programs that should provide the optimal processing flowsheet to liberate the lithium from the mineralised clays.

Recent preliminary metallurgical test work programs showed that simple acid leaching extracted 95% of the contained lithium from the Big Sandy ores in just 7 hours, which is an impressive result.

“To ensure we are well-funded for further drilling and metallurgical test work, the company has undertaken a small financing which was well supported by new and existing shareholders, with demand well in excess of $2.4 million.”

“With the recent appointment of special advisor Dr David Deak (formerly of Tesla Inc. and Lithium Americas Corp.) and Non-Executive Chairman Mr Barnaby Egerton-Warburton (formerly of ioneer Ltd), the successful placement marks the beginning of an exciting period of activity … including the expected compilation of a maiden JORC compliant resource at (the) Big Sandy Project in the coming months.”