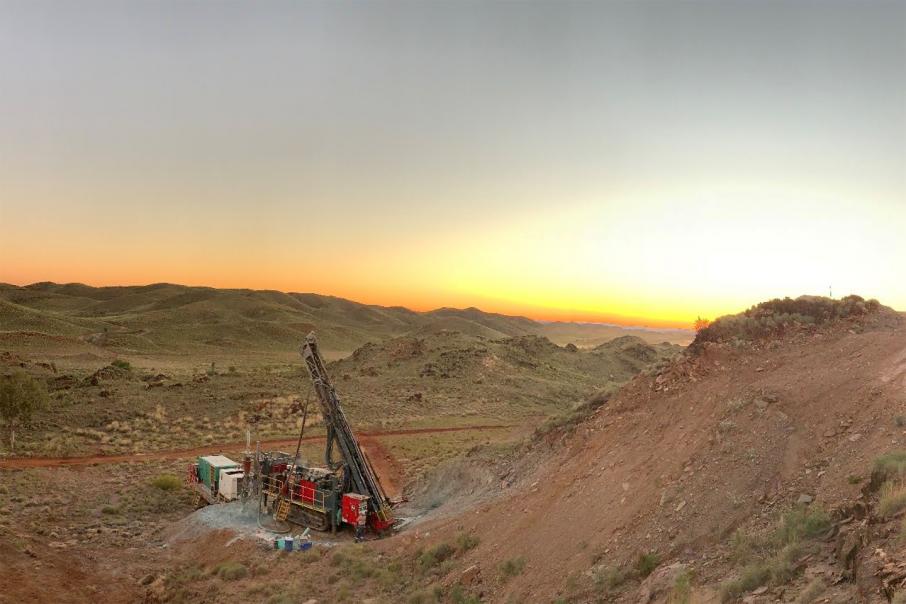 Aircore drilling on conceptual targets along strike from the main resource on the Klondyke-St George shear system produced results of 12 metres grading 2.37 grams per tonne gold from 52m down-hole and 4m @ 2.35g/t gold from 44m down-hole in separate holes.

Another result of 4m @ 8.87g/t gold from 48m down-hole turned up in a water exploration drill hole that was collared in the heart of the shear zone.

In addition, Calidus recently completed work on the Trump prospect over another shear zone, which also produced the goods, with a peak result of 8m @ 8.06g/t gold from 56m down-hole.

The company said that drilling is ongoing and further assay results are currently pending, including at Liberator, which contains a strong gold-in-soil anomaly, 15km west of the Klondyke gold resource.

Calidus Managing Director Dave Reeves said: “This is the first investigatory drilling that Calidus has undertaken well away from the established 1.15Moz resource at Klondyke (and)... results from … (the) regional drilling program … have identified shallow mineralisation up to 5km west from the Klondyke resource on the same geological structure.”

“These results highlight Warrawoona’s potential to host further near-surface gold mineralisation in close proximity to the proposed mine development. We are looking forward to what is shaping up as a transformational financial year ahead as we complete feasibility studies, grow resources and explore the regional potential of the project.”

The company is at full throttle presently, with a much-anticipated PFS for the Warrawoona project on track for publication next month.

Calidus recently tied down the final open pit design for the main base load Klondyke resource, which extends for 2km along the outcropping namesake shear zone that hosts the gold mineralisation.

The company has also finalised all geotechnical investigations and water exploration drilling and is in the process of completing its final environmental base-line studies, which should allow environmental permitting of the project to commence in the third quarter of this year.

Just under 64% of these resources sit in the confident indicated category status and importantly, the higher-grade component of the resource holds 1.1 million ounces at a very respectable grade of 2.37g/t gold.

This week’s results from exploratory drilling well outside the main deposits will give Calidus great confidence that it can continue building its gold resource inventory further and potentially with some higher-grade ore feed coming in from satellite deposits in the future.