Wiluna Mining’s foray into drill-testing the down-plunge extensions of high-grade gold mineralisation at the historically-significant East Lode has come up trumps, returning an impressive 9.4 metres at 4.87 grams per tonne gold that included 1.8m delivering 9.74g/t of the precious yellow metal. The mineralisation was reportedly intercepted 200m below historical workings and the current mineral resource envelope. 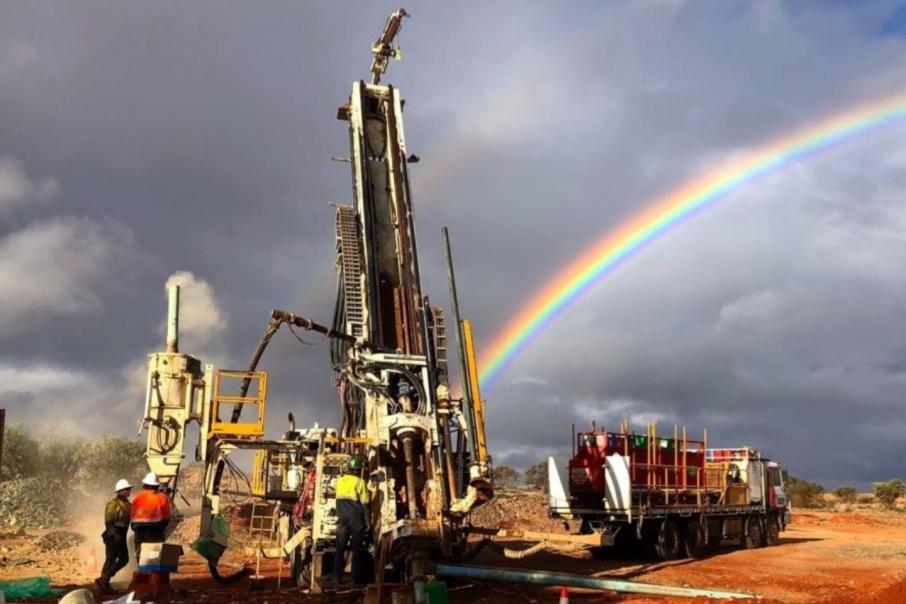 Plenty of gold at the end of the drill rig for Wiluna Mining as the maiden hole testing depth extents of the historically significant East Lode hits paydirt. Credit: File

Impressively, the duo still has plenty in the tank. Wiluna said when combined with the current mineral resource, the East and West Lodes have a large pre-production endowment of approximately 3.5 million ounces at grades of 5.4g/t of the precious yellow metal.

Surprisingly, very little exploration exists below the current workings, with a smattering of wide-spaced holes drilled below the lodes in the 1990s that hinted at the continuity of the gold structures at depth.

The company’s maiden drill hole into East Lode has confirmed the continuity of high-grade gold mineralisation about 200m down-plunge of the limit of historical mining and the current mineral resource envelope.

Success with the drill bit follows a rehash of the geological and ore forming models.

The revised geological model provides the company with the tools to better target new discoveries.

Wiluna Mining Corporation's Executive Chair, Milan Jerkovic, said: “This outstanding intercept confirms our strategy to discover new high-grade sulphide shoots as we test multiple targets across the Wiluna Mining Centre, particularly in the South Mine Area but right across our very large gold system at Wiluna, as we look to expand beyond the current mining activity in the North Mine Area.”

Management says the first hole has also punctured the West Lode with sulphides visible in the diamond core, along with shearing and alteration indicative of low-tenor gold mineralisation. Assays are still pending.

Importantly, the West Lode intersection is reportedly 700m below the limit of historical drilling and the current mineral resource, hinting at the large-scale continuity of the West Lode structure.

Drilling has been designed to systematically test nine large-scale targets for additional high-grade gold shoots “under the headframe”. Management says the intention is to substantially enhance the early years of the current mining plan by increasing the underground ore grade to ramp up gold production.

The company’s strike rate is on point with the latest East Lode intercept, following on from a first-hole probe of its Bulletin North Discovery target that yielded a staggering 3270 g/t gold from 634m and a 1.5m hit going 8.30 g/t gold from 570m, with the latter housed in a broader 10m section running 2.80 g/t gold from 563m.

The Wiluna mining centre has been worked through an astounding 125-years and currently hosts a gold endowment of about 10 million ounces.

Wiluna looks to be charging ahead in its quest to unfasten the latch on the treasure trove of riches that could lurk in the depths of the historically significant gold field.