Hammer Metals has announced significant cobalt-copper results from drilling at its Millennium JV project, near Cloncurry in western Queensland. The program tested up-dip continuity of the main lode, returning a best result of 7m @ 0.15% cobalt, 0.36% copper and 0.12g/t gold from 14m down-hole. The company also identified a new exploration target from rock chip sampling and mapping, 1km north of the Millennium resource. 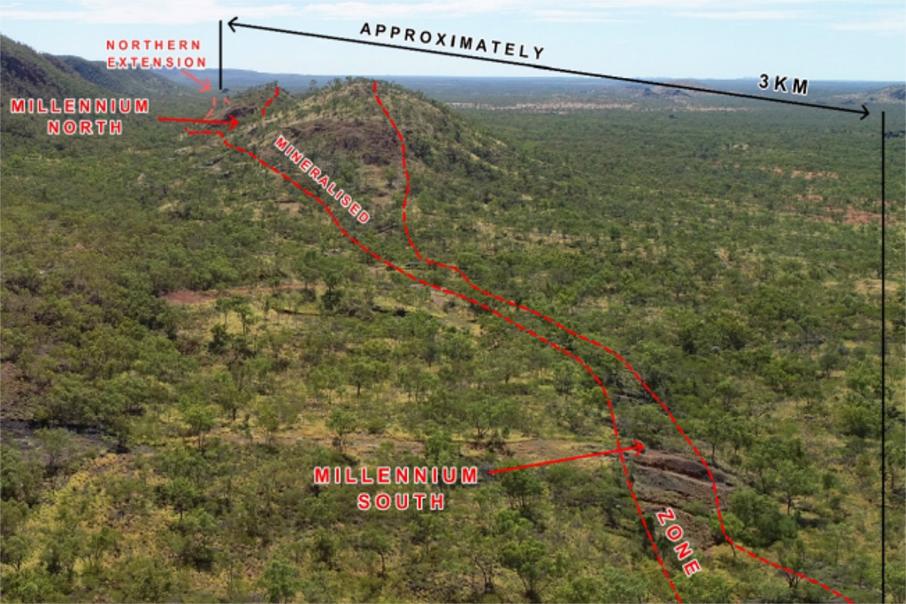 The diamond drill program successfully tested the up-dip continuity of cobalt-copper mineralisation at the northern end of the Millennium deposit and the results were very encouraging.

Overall, the highest single metre intersection topped out at 0.71% cobalt, 1.1% copper, 1.1g/t gold and 62g/t silver outlining the high-grade nature of the cobalt at Millennium and the solid copper, gold and silver supporting grades.

Results are pending from the final 4 holes completed during the recent program and will be announced to the market soon.

According to Hammer, all mineralisation intersected during the program contains unoxidised, primary sulphides, with a thin zone of oxidation at surface of about 10-15 metres thick.

Metallurgical studies, including sighter flotation test work of the high-grade sulphide mineralisation will begin in the near future and the company also said it will commence updating the mineral resource estimate for the Millennium JV project shortly.

The deposit is less than 20km from CuDeco’s Rocklands copper project, which held a pre-mining resource of 96 million tonnes grading 0.45% copper, 0.13g/t gold and 0.03% cobalt in multiple lodes within an iron oxide copper gold ore deposit.

The company also announced the identification of a new exploration target known as the Northern Extension, approximately 1km north of the existing resource at Millennium.

The Northern Extension has similar geological rock sequences to the main Millennium mineralisation and hence is a high priority area for Hammer.

The company is finalising drill targeting at this new prospect for further exploratory testing in the future.

The Millennium cobalt project is a JV with TSX-listed Global Energy Metals Corp, where the latter company has the right to earn 75% by spending a minimum of CAD$2.7m, including CAD$250,000 in cash payments to Hammer.

Hammer will manage the project for the first two stages until GEMC earns a 65% interest, after which management will vest to GEMC.