Anglo Australian Resources continues to pump out high-grade gold hits, as it charges towards a maiden resource over its Mandilla gold project in WA. Drilling at Mandilla East has returned a series of impressive results, with the latest batch including an impressive 18 metres at 4.74 grams per tonne gold from 54m and 29m at 1.81 g/t gold from 105m down-hole. 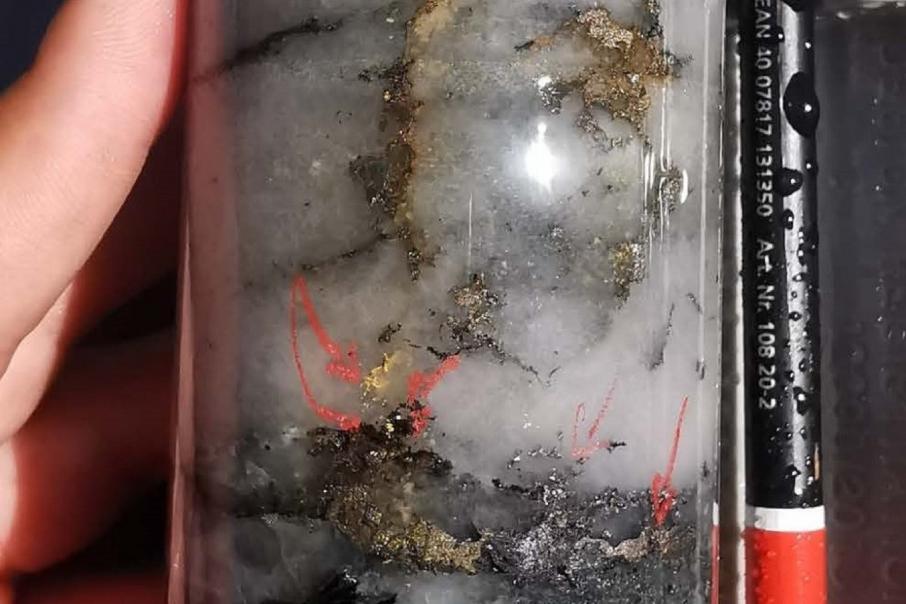 Anglo Australian Resources continues to pump out high-grade gold hits, as it charges towards a maiden resource over its Mandilla gold project in Western Australia. Drilling at its Mandilla East discovery has returned a series of impressive results including 18 metres at 4.74 grams per tonne gold from 54m and 29m at 1.81 g/t gold from 105m down-hole.

There is also the promise of more results on the way with the samples from 80 new drill holes sitting in lab.

The company is currently in the midst of a massive drilling program across the developing Mandilla prospect and has completed more than 25,000m of drilling since September 2020. The company has reported the results from 96 holes to date, with a further 11,181m of drilling still in the lab awaiting assay. However, this number looks set to grow as reverse circulation and diamond drilling continues around the clock across the discovery.

Anglo Australian Resources Managing Director, Marc Ducler said: “As we move towards the completion of a maiden Mineral Resource Estimate for Mandilla, today’s in-fill drilling results provide further confidence in the scale and grade of the near-surface mineralisation located in the northern extent of Mandilla East. Consistent with earlier results from this area, these latest results show significant high-grade zones within a large, lower-grade mineralised envelope.”

“We eagerly await the drill results from the Mandilla East main zone, which will enable us to finalise the maiden Mineral Resource Estimate. To date, this area has shown some of the highest grades and widest intercepts from across the Project. At Mandilla South, our drilling is aimed at linking the mineralisation between Mandilla East and Mandilla South. We have diamond tails planned as part of the current diamond

“All the elements are in place to deliver our maiden Mineral Resource in early May, with work to commence as soon as we receive remaining assay results from the southern extent of the Mandilla East in-fill program.”

Anglo Australian’s Mandilla gold project is located 70 kilometres south of Kalgoorlie in the prosperous Eastern Goldfields of Western Australia. The company has a long and successful association with the project, having mined more than 23,000 ounces of gold from a series of shallow open pits between 2006 and 2007.

The mining operation completed 14 years ago targeted a paleochannel system hosting an alluvial gold deposit, however a recent reinterpretation of the structural architecture underlying the project appears to have found the primary source of the yellow metal. As a result, Anglo Australian is now tapping into a wealth of mineralisation.

The gold mineralisation at Mandilla is hosted within the fractured carapace, or outer skin of an ancient granite intrusion and shows marked similarities to several of the larger gold deposits through the goldfields of WA. One high-profile example of this style of  deposit is Red 5’s developing 6-million-ounce King of the Hills mine north of Leonora which perhaps provides a window into the potential of the Mandilla ore system.

Anglo Australian is now systematically drilling out the Mandilla deposits along more than 3km of strike, with the drill pattern extending from north of the old, shallow Artemis pit through to the Mandilla South prospect.

Interestingly, whilst both diamond and reverse circulation drilling at Mandilla East, adjacent to the Artemis pit, continues to produce wide intercepts of gold mineralisation, Mandilla South is also coming up trumps. Drilling last year returned a series of broad intercepts from Mandilla South, which included 17m at 3.29 g/t gold from 101m and 52m at 1.00 g/t gold from 123m down-hole, with recent drilling backing up this success.

Results from the current campaign at Mandilla South have included 21m at 1.07 g/t gold from 57m and 10m at 1.89 g/t gold from 108m down-hole. Extensional drilling is now pointing to an array of linking structures that seemingly connect the Mandilla East and South discoveries. Intriguingly, as exploration continues, it may be that the two structures eventually develop into a single, large body of gold mineralisation.

With expert consultants Cube engaged to undertake the resource estimate and less than 5,000m of drilling left to complete the campaign, the finish line for Anglo Australian now looks to be in sight. However, with more than 11,000m of samples from the Mandilla drilling still in the lab, the company is well placed to continue delivering a flow of high-grade results in the lead up the resource announcement, which is expected in May 2021.