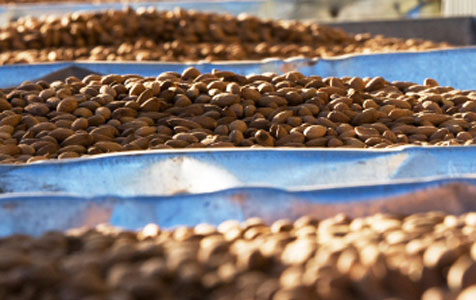 Select Harvests managing director Paul Thompson said today the company would put the orchard and its related assets on the market, following a $28 million write down of the project in February.

The assets include 5,577 hectares of land across three properties in the Dandaragan area; 22 gigalitres of water rights; irrigation infrastructure and partially developed almond trees.

“The decision to exit the WA almond orchard project was a difficult one, but ultimately the right decision for our shareholders,” Mr Thompson said in a statement.

“The company is now focused on realising the maximum economic outcome from the sale of the assets.”

Select Harvests’ write down of the WA project drove a first-half net loss of $19.5 million.

The company launched plans to expand into WA in 2005 with an initial feasibility study before planting 1,600 hectares, anticipating other parties would also invest in the project.

In announcing the write down, Mr Thompson said there had been a “lack of interest” from potential orchard investors in the wake of the global financial crisis and that Select did not have the financial capacity to develop the entire project on its own.

He also said the cost of power and water extraction was “in excess of 50 per cent higher than the East Coast”, creating unforseen pressures.

Expressions of interest will be sought over the next three months, with Landmark Harcourts and Cabassi Realty to undertake the sale process.