Helicopter view of the black book

The Bishop expenses scandal is a clear example of how out of touch the political class is with everyday Australians. 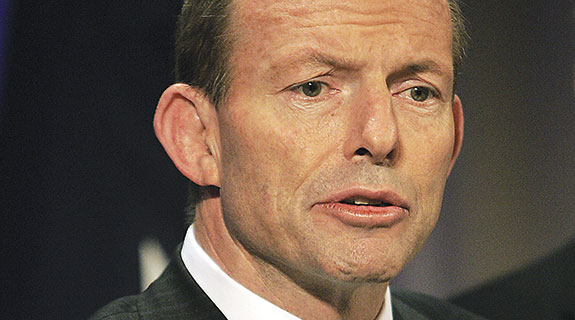 The resignation of Bronwyn Bishop as speaker of the House of Representatives was the final act in a month that must go down as a watershed when it comes to laying bare our politicians’ enthusiasm for living large off the public purse, and for taxing their way out of trouble.

In the wake of that major announcement, Prime Minister Tony Abbott has promised a root and branch overhaul of federal politicians’ entitlements

According to one of my best Liberal Party informants, news of Mrs Bishop’s 75-kilometre, $5,227.27 deluxe helicopter flight from Melbourne to a Liberal Party function in Geelong was leaked to the media by Labor to deflect heat from flagging leader, Bill Shorten.

The month began with declining polling for Mr Shorten, who still faced a gruelling ordeal before the Royal Commission into Trade Union Governance and Corruption.

So out came its little black book; and what emerged, on an almost daily basis, was a series of damaging revelations highlighting Mrs Bishop’s form over many years in incurring significant travel expenses to attend functions only tenuously (if at all) associated with her official responsibilities.

Incidentally, both major parties have such a playbook, which they turn to whenever they need to apply the blowtorch to a political rival.

The resultant media storm was immeasurably better than the plotters could have imagined.

Mrs Bishop initially refused to speak to the media, however when she eventually did face the press and conceded it only right she pay back the $5,000-plus for the flight plus a $1,307 penalty, she failed to offer a public apology.

Things couldn’t have been better for Labor; the heat was off Mr Shorten, and public disgust and ridicule turned on the coalition and Prime Minister Tony Abbott.

Among other things, the imbroglio showed Liberal strategists that Mr Shorten wasn’t as clapped-out as they thought.

And Labor has plenty of ammunition in the clip.

According to a report in The Sydney Morning Herald, the Liberals’ proclivity for extravagant ministerial spending was the “scandal that quickly swept through a new government.

“Soon after the coalition was elected in 2013, Senator George Brandis became the first Abbott government minister forced to repay the public almost $1,700 in expenses claimed to attend the wedding of shock jock Michael Smith.

But the paybacks in no way took the heat off Mrs Bishop, who clearly felt no need to reimburse taxpayers until it became clear her position in the government was threatened.

“Subsequent revelations show Bishop has used the taxpayers’ dime to attend the opera, canvass for a job overseas, fly an oversized entourage with her to meaningless functions that technically count as part of her job,” a columnist at The Australian wrote.

As the pressure built on the speaker, Mr Abbott went to ground on the issue, and of all frontbenchers only Education Minister Christopher Pyne offered support.

And all the while, Labor kept up the pressure.

Later in the month, the untimely passing of Liberal backbencher Don Randall presented another opportunity for the media to remind readers of his 2013 taxpayer-funded trip to a swish Queensland seaside resort (the cost of which he subsequently repaid), where he’d bought or intended to buy land.

So even one recently deceased was caught up in the media storm started by Labor’s tactic to deflect attention from itself and its leader.

Then, to make July 2015 even more memorable, someone high up in the New South Wales Liberal establishment decided to transform the narrative, with a call for – of all things – higher taxes.

NSW Premier Mike Baird announced he’d like to see the current 10 per cent GST slug boosted by a whopping 50 per cent.

Not to be outdone, Mr Baird’s Victorian Labor counterpart, Daniel Anderson, suggested boosting the Medicare levy instead, to around $1,000 annually for the average family.

Sticking to his well-worn script, Western Australian Premier, Colin Barnett, rejected the GST increase, saying there would be no reconsideration given to the rate until the carve-up up of the aggregate annual GST pie was renegotiated.

Once the GST flag had been raised, Mr Abbott was only too happy to let the debate gather steam, as this time, it seems, the prime minister is committed to the pre-election promise of no changes to the GST.

It’s a different matter if the states drive the argument, of course.

So clearly the federal government and states are willing to consider higher taxes, which would burden the average family by at least $2,000 annually – $1,000 more on health and another $1,000 on all or nearly all goods and services transactions.

And the Liberal Party, once a promoter of low taxes and minimal governance, blazed the trail in both episodes.

If that’s Liberalism 21st century-style, surely it’s time it wound itself up and a replacement was convened; where those who rort taxpayers aren’t placed on probation but instead automatically lose party endorsement.