Heavy rare earth price tailwinds are strengthening as Northern Minerals kicks off two months of resource drilling at Browns Range in WA’s north. The drilling, and certainly pricing, will be vital factors in new economic projections for commercial-scale beneficiation at one of the world’s most advanced "heavy" rare earths ventures. Dysprosium has surged 50 per cent since last November and terbium pricing is also heading northwards. 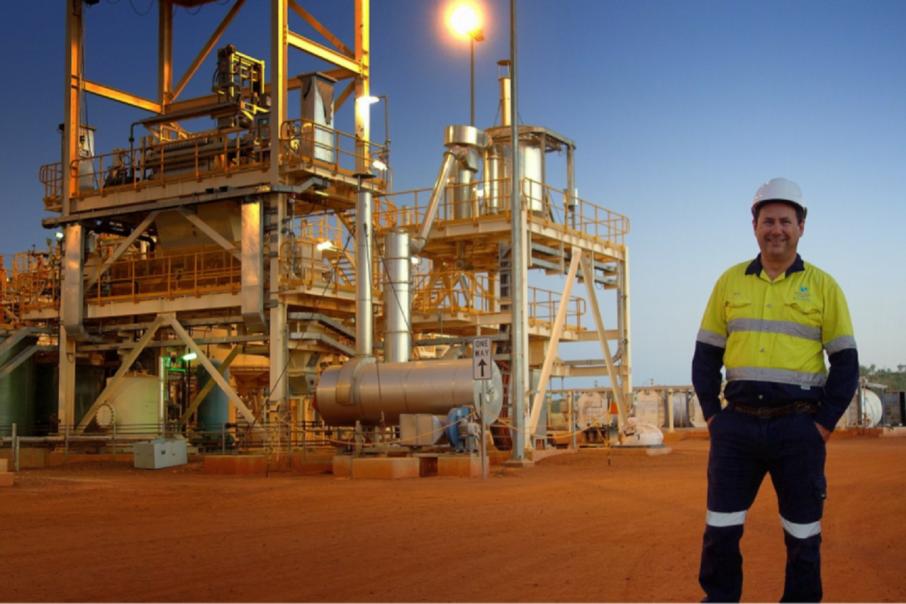 Northern Minerals CEO Mark Tory on site at Browns Range in north Western Australia: “There are a lot of light rare earth potential players out there. For heavy rare earths, though, there are very few and certainly no-one as advanced as we are”.

Heavy rare earth price tailwinds are strengthening as Northern Minerals starts two months of resource drilling at Browns Range in WA’s north. The drilling, and certainly pricing, will be vital factors in new economic projections for commercial-scale beneficiation at one of the world’s most advanced heavy rare earths ventures.

Dysprosium has surged 50 per cent since last November and terbium oxide prices have nearly doubled over the same timeframe. Both are part of the rapidly developing electric vehicle story.

Northern Minerals is aiming to be the leading producer of both key ingredients in electric transport, renewable energy systems and energy storage supply chains outside of China, which currently has a stranglehold on global heavy rare earths production.

On site to oversee the restart of drilling at Browns Range after a wet-season lull, Northern Minerals CEO Mark Tory said beefing up mine life to support larger-scale concentrate production than outlined in the company’s 2015 definitive feasibility study was central to the economic reset being sought for the project. The drilling is aimed at expanding near-surface mining options along the vast Browns Range Dome.

Northern Minerals expects to lodge a bankable feasibility study in the first half of 2022.

Its board will decide then on the immediate future of a venture that, even in pilot development mode in the past two years, has been the only serious producer of dysprosium and terbium outside China.

Southern China is the dominant global source of rare earths, including heavy products vital to high-speed electrification of its growing passenger vehicle fleet over the next decade. How quickly other economies decarbonise through replacement of petrol and diesel vehicles with electric transport and new power infrastructure could depend on projects such as Browns Range.

Dysprosium is typically used in industrial magnets that are used in electric motors. The addition of dysprosium into the magnet stops it from overheating and de-magnetising when spinning at high speeds.

Mr Tory said: “There are a lot of light rare earth potential players out there. For heavy rare earths, though, there are very few and certainly no-one as advanced as we are.”

Northern Minerals has been on a self-described “11-year $272 million journey” of building resources and reserves and a state-of-the-art ‘laboratory’ in WA’s remote Kimberley region to test process efficacy and commodity markets via small-scale trial production of rare earths carbonate. It has also forged alliances with technology partners such as Germany’s ThyssenKrupp and deep-pocketed financial backers who are looking to examine new rare earths separation methods.

The ride for Northern started somewhat auspiciously when Chinese restrictions on rare earths exports in 2010-11 sparked a steep spike in prices, including for ‘heavies’ such as dysprosium that shot up to US$2,000/kg and terbium that climbed above $3,000/kg.

Northern Minerals’ 2015 feasibility study outlined a project that, at full scale, would cost A$329 million to build and generate an impressive $176 million a year in free cash flow over more than 11 years of initial operating life with dysprosium prices averaging US$684/kilogram and terbium at US$600-700/kg.

Mining rates were pegged at 585,000 tonnes per annum at an average 0.66 per cent total rare earth oxides, or “TREO” to feed a A$56m beneficiation plant to produce 16,700tpa of 20 per cent TREO concentrate.

A A$49m pilot facility with a trial beneficiation and hydrometallurgical plant was part of the plan that would allow Northern to research and develop a processing flow sheet that would be robust enough for the company to eventually build a larger, grander-scale project. Northern Minerals is now looking at shipping about 33 per cent more dysprosium and terbium-rich heavy rare earth, or “HRE” concentrate from a larger beneficiation facility directly to customers. It also believes it can be generating cash flow by 2023 from a stand-alone beneficiation plant, “at least two years earlier compared to a plant with hydrometallurgical processing and separation” and with a lower-risk and potentially easier pathway to finance.

Mr Tory said: “The ore sorter has been installed and we’re starting the testwork so we should get some results over the next two-to-three months.”

Effectively pre-concentrating ore feed to a larger beneficiation circuit means Northern Minerals is looking to rebuild mine reserves through its A$5 million worth of 2020-2021 drilling for the new bankable feasibility study, or “BFS”.

An earlier, notable 6m hit grading 0.78 per cent TREO from 49m at the Toad prospect will ensure that area is on the follow-up list and Northern Minerals has other strong first-pass drilling results and survey indicators to keep the drill rig busy across the project tenure.

The company has effectively only scratched the surface of the 1,500sq.km Browns Range Dome that saddles the WA-Northern Territory border south-east of Halls Creek. Its high hit rate has delivered total resources of nearly 62,000 tonnes of TREO in 9.24Mt grading 0.67 per cent TREO. Reserves are at 3.29Mt grading 0.68 per cent TREO including about 2t of dysprosium oxide and 0.29t of terbium oxide.

Browns Range xenotime ore at 600–800ppm dysprosium compares with an average 20-40ppm dysprosium recovered at environmentally damaging insitu leach mines in China that produce nearly all of the world’s current mine output of the mineral used in nuclear reactor control rods, neodymium-based magnets and mobile phones.

All up Northern Minerals has 2,750sq.km of tenure over the granite dome and surrounds on both sides of the state border, with all its current resources outlined in WA. It is looking to extend resources to underpin at least 20 years of mine life in the district.

Mr Tory said: “We’ve converted a number of targets to mineral resources and have many more highly prospective areas to be drilled. The blue sky up at Browns Range is enormous.”

The Northern Minerals boss says strengthening dysprosium, terbium, yttrium and other rare earths prices over the past six months or so have been encouraging. However, it is long-range forecasts for continuing robust growth in demand for permanent magnets that is really putting the strategic spotlight on ethical, reliable sources of heavy rare earths, particularly given mounting uncertainties around supply from China.

Mr Tory says: “China is producing 98 per cent of the world’s supply of heavy rare earths such as dysprosium and terbium.”

“China is electrifying a lot quicker than anyone else around the world. Previously, when we were able to travel and were in China, we were seeing car parking stations where every second bay had a charging station to it. There are 100 different vehicle manufacturers in China we don’t even know the names of, all producing electric vehicles.

“Then you’ve got places in Europe and elsewhere saying there will be no sales of diesel or petrol vehicles by 2030. You’ve got vehicle manufacturers and mobile phone manufacturers outside China saying they will only source ethical raw materials. But how are you going to have electric or hybrid vehicles if you haven’t got a supply of magnets? Where is the supply of heavy RE coming from if it’s not coming from China?”

Mr Tory says there are emerging signs of increasing government resolve in countries such as the US and Australia around co-operation on rare earths and downstream production. But not yet the urgency that might come soon if commodity prices do not adequately stimulate new investment in capacity to plug forecast heavy rare earths supply deficits.

There seems little doubt the electric vehicle juggernaut is here to stay now.

And whilst many have gravitated towards more readily available minerals such as lithium, nickel and graphite in search of their electric fortunes, other harder to find minerals that are equally part of the electric vehicle story such as rare earths will come into sharp focus as the world gradually phases out fossil-fuelled cars.

There was a time when Northern was considered to be well ahead of that curve but with dysprosium prices in particular now starting to head skywards the Perth-based, ASX-listed company just might start to look prophetic as others start to scramble for their share of the lucrative heavy rare earths market.