Time’s running out for the US, in particular, to sort out its debt issues. 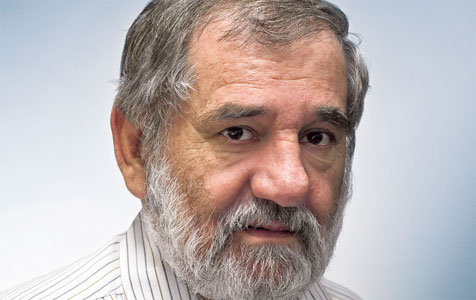 Time's running out for the US, in particular, to sort out its debt issues.

I also mentioned that the Rudd-Gillard era will leave Australia with government debt of $270 billion.

However the Labor side of politics isn’t alone in displaying profligate behaviour, as Colin Barnett’s borrowing habits since 2008 attest.

This proclivity has prompted his one-time police minister, Rob Johnson, to disapprovingly highlight the rise in state debt from a modest $3.6 billion when Labor treasurer Eric Ripper was in charge of the books, to a whopping $18 billion now.

“With the election promises we’re looking at nearer $30 billion.”

All this indicates Australian politicians are no better than those overseeing finances in the Northern Hemisphere – Japan, most European Union member states and, one of the worst, the US.

The size of the government sector in those countries and states mentioned has grown significantly, accompanied with outlays derived from what’s called the ‘never-never’.

Like most, I assumed ‘never-never’ to be mere colourful slang that really meant you’ll pay out one day whether you like it or not. But that appears not to be so, or at least not in some cases.

It seems borrowings can become so astronomical that repayment never comes about – never, never.

I’ve learned this from an interview on a blog site I sometime read that says America’s debt will never be repaid.

The interviewee was Kevin Williamson, an American who’s an advocate of minimal government, unlike those currently in charge in Canberra.

Mr Williamson has just released a book, The End is Near and It’s Going to Be Awesome: How Going Broke Will Leave America Richer, Happier, and More Secure.

Although I’ve not read it, the blog interview was eye opening.

The first question put to him was: “How soon is the end? And how cataclysmic will the earth-shattering fiscal kaboom be?”

“You know … if you measure what the federal government does by spending, if you look where it actually spends its money, a little bit more than 80 per cent of all spending right now is on three things, essentially.

“It’s on entitlements. It’s on national defence. And it’s on interest on debt.

“And the biggest piece of that is entitlements, by a long shot.

“If you look at the fiscal overhang on the entitlements, which is to say the money we’d need to have in the bank right now to make those work in the long term, you’re talking about a number like $100 trillion, maybe a little bit more.

“It depends on the assumptions you use to calculate it.

“That happens to be more than GDP of the whole planet, and it’s roughly equivalent to all of the non-real estate assets in existence.

“So the idea that we’re going to somehow hijack a sum equivalent to the wealth of the planet in order to make social security, Medicare, and Medicaid balance outright, is just crazy. It’s not going to happen.

“Interest on the debt, of course, is a function of the other spending.

“And then defence accounts for about 19 per cent of the budget.

“So if you assume that the entitlement state is just simply, mathematically speaking, unsustainable, and that federal spending which, you know, right now we’re running a 41 per cent deficit for the last several years, is also unsustainable, then about, you know, 70 or 80 per cent of what the government does is going to have to undergo some sort of radical change in the near future.

“Now, that could be a, you know, a short, sharp Argentina-style event.

“It could also be a series of incremental but serious and deep reforms, starting very soon.

“And I think the main challenge for us going forward, for our generation, for the next 10 years, is how to get from where we are to where we’re going to be in the least disruptive manner.

“And that’s part of what my book’s about.”

His conclusion is that things will “start to hit the fan” when America’s ever-growing welfare leviathan reaches the point “at which the credit markets no longer believe in us, and say no more money for you”.

That’s when the never-never has arrived.

In Australia that would mean sacking a premier or prime minister.

So, as William Shakespeare wrote in Hamlet: “Neither a borrower nor a lender be; for loan oft loses both itself and friend.”