Health startup goes to the well

Perth-founded technology company WellteQ listed this week in Canada after a $9.8 million capital raising, the first step in its assault on the North American market. 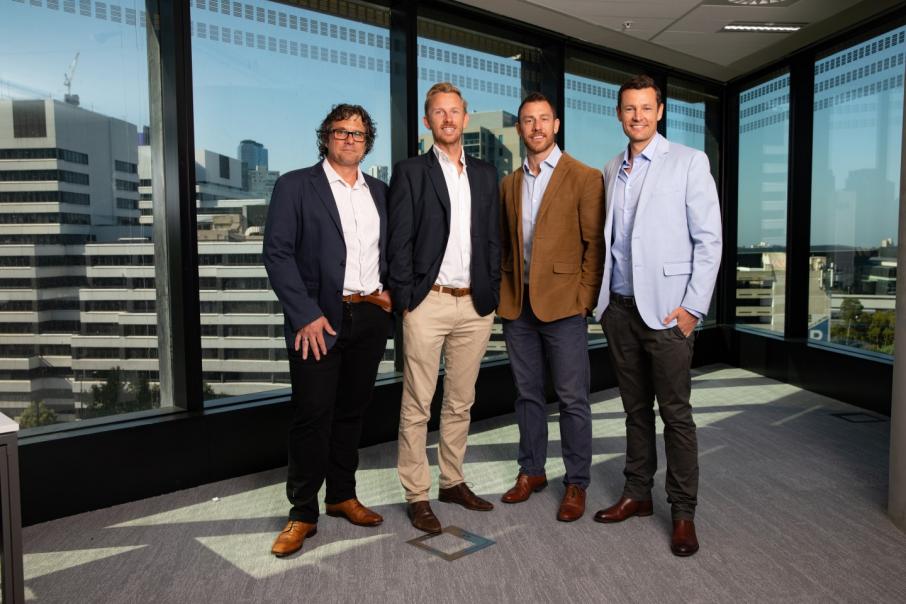 Perth-founded technology company WellteQ listed this week in Canada after a $9.8 million capital raising, the first step in its assault on the North American market.

Wellbeing is big business, with corporate wellness projected to be a $US100 billion industry within five years.

As technology consumes more of our time, blurring the separation between work and home life, we have become less healthy. We need looking after.

More than that, many people feel they need a personal coach to make sure they are eating right, exercising enough, and sleeping well.

WellteQ was founded in 2013 over a discussion at Steves in Nedlands and is now one of the leading providers of corporate wellness solutions in the Asia-Pacific region.

The company operates in more than 30 countries and in 12 languages.

After raising $1.2 million in seed funding, WellteQ moved to Singapore, while keeping an office in Perth and a development team in Melbourne.

This month, it listed on the Canadian stock market, raising $C9.5 million (ticker: WTEQ), equivalent to $A9.8 million.

“We were looking to raise $5 million, but were six or seven times oversubscribed,” co-founder and CEO Scott Montgomery told Business News.

“People know they want to do something about their health, but often other things get in the way. So, our platform sends them little nudges and reminders, about exercise, about getting enough sleep.”

The digital health platform synchs with users’ devices and deploys gamification, incentivisation, rewards and coaching to allow them to take control of their own health.

Rather than some reactive medical approach to tackling poor health outcomes, WellteQ aims to provide proactive, ongoing support and coaching to users.

Results so far have shown that half of all users have reduced their stress levels, 28 per cent have increased their resilience, and one in three has reduced their alcohol intake.

In addition, 46 per cent say they wake up more refreshed than before they started using the service.

With the Canadian listing and a merger with a medical internet of things business, the team of Mr Montgomery, Jeames Gillett (chief operating officer), Andrew Kerekes (chief product officer), and Olly Bridge (chief growth officer) plans to branch out into the clinical market in the next 12 months and take on North America.

The Canadian listing involved a reverse takeover of an oil and gas exploration shell, Terra Nova Resources, which was majority owned by some of WellteQ’s biggest shareholders.

“I couldn’t be happier for Scott and the team at WellteQ,” 808 Ventures managing partner Gary Macbeth told Business News.

“Scott has demonstrated everything it takes as a startup CEO to always find a way.

“808 first invested in WellteQ in 2019, with follow-on contributions from its initial position to help fund the journey.”

Despite the move to Singapore in 2014, WellteQ considers itself an Australian company.

“The Australian ecosystem is, if anything, better than in Singapore,” Mr Montgomery said.

“For example, the R&D tax incentive is super helpful, in that it has been an accelerant for our research and development. It allowed us to have a go.”

While the listing is a great result for the WellteQ team and the investors, it could also be good news for the local startup scene more generally.

WellteQ’s success shows how strong tech startups can originate here, and step up to take on the world, returning capital to its early backers and inspiring others to have a go.

“The Canadian listing is about moving into North America,” Mr Montgomery said.

No doubt the WellteQ team will be spurred on by recent valuations of Nasdaq-listed wellness businesses Livongo Health (acquired for $US18.5 billion), WELL Health Technologies ($US1.4 billion market capitalisation) and CloudMD ($US450 million).

Post listing, WellteQ’s goals for the next year are to ramp up sales, marketing and R&D, launch a wearable device, and triple year-on-year growth.