Hawkstone lines up lithium clay resource in US

Hawkstone Mining will generate a maiden resource estimate for its Big Sandy lithium clay project in the US later this quarter, as it winds up the comprehensive resource definition drilling campaign over the Northern Mineralised Zone at the large deposit. The latest drilling results have extended the ore system over a strike length of 850m, with mineralisation still open to the north, south and west. 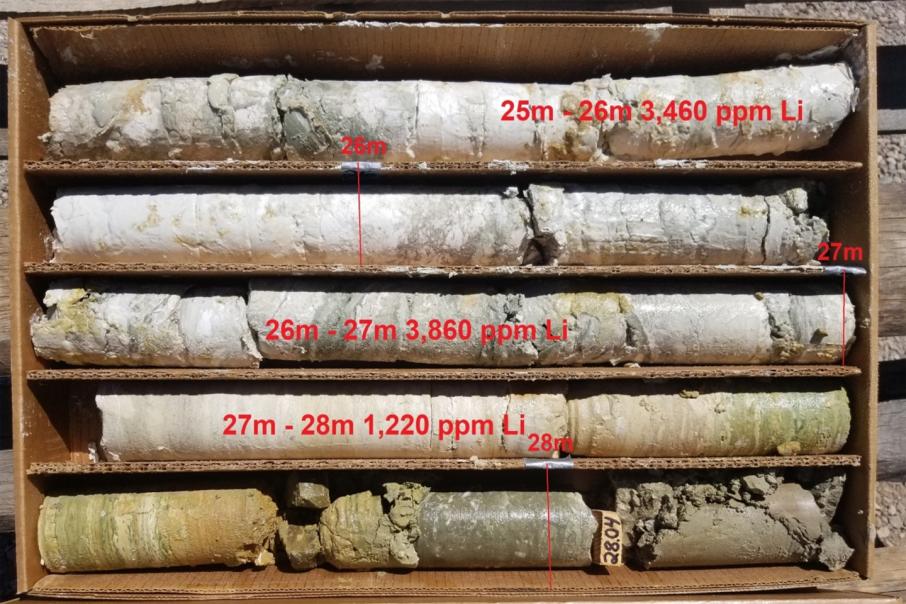 The latest batch of assays from the ongoing diamond drilling program has not failed to impress, with additional high-grade intersections up to 21 metres grading 2,176 parts per million lithium from 9m down-hole.

Results from a further three holes at Big Sandy are pending before the company launches into the mineral resource estimate for the deposit, which is expected to hit the streets later this quarter.

Hawkstone has now defined extensions of the primary lithium clay mineralisation at the Northern Mineralised Zone over a strike length of 850m, with the ore system still open to the north, south and west.

“High grade intercepts have continued, and the assay results from these latest four diamond drill holes further demonstrate the significant potential of the Big Sandy project.”

“The Hawkstone board looks forward to updating the market regarding assay results from the final three diamond drill holes before progressing to its maiden JORC compliant resource in late September 2019.”

The company says it has been blessed with excellent diamond core recoveries throughout the drilling campaign, which will provide confidence in the upcoming resource estimate.

According to management, this has also improved Hawkstone’s geological understanding of the Big Sandy ore body and has been useful in defining specific ore zones to assist in ongoing metallurgical test work programs.

Drilling results and geological data from all phases of work at Big Sandy are now being collated and will be used to generate a 3D deposit model, ahead of the resource calculation.

Big Sandy is located within the US’ “battery mineral corridor” in western Arizona, which includes Tesla Motors’ Gigafactory 1, a lithium-ion battery and EV subassembly factory up the road near Reno in Nevada state.

The deposits have an imposing size and Hawkstone has generated an Exploration Target for the project, saying it could contain between 242.1 million tonnes and 417.6 million tonnes of mineralised clays grading from 1,000 ppm to 2,000 ppm of lithium, to a depth of 90m from the surface.