Hawkstone Mining has received additional wide, high-grade lithium assays of up to 52m @ 2,042 ppm lithium, from its Big Sandy clay project in the US. The company is finalising its Phase 2 drilling campaign at the Northern Mineralised Zone and is completing a maiden mineral resource estimate for the deposit and definitive metallurgical test work programs for lithium extraction. 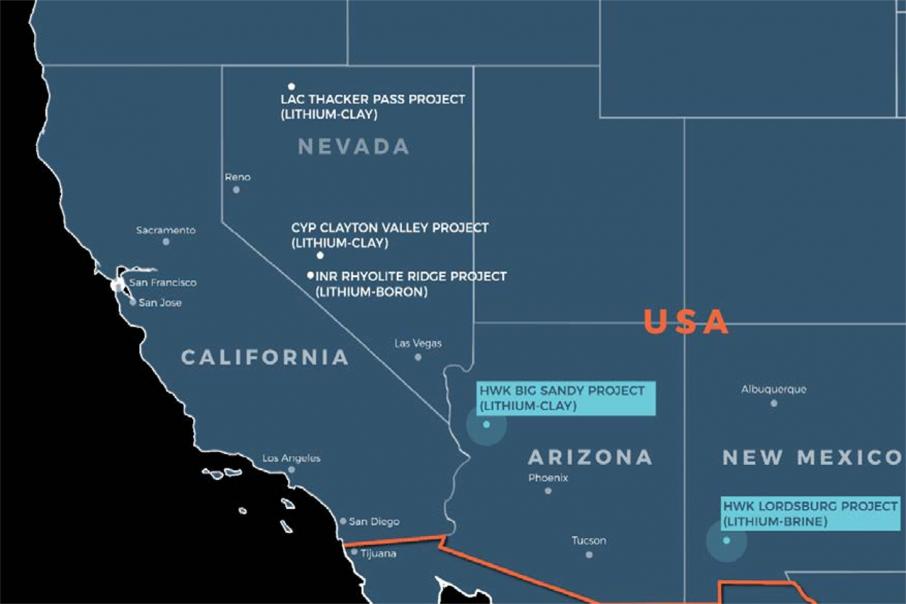 Lithium clay developer Hawkstone Mining continues its impressive run at the flagship Big Sandy project in the US, with the latest batch of drilling assays outlining further high grade results.

The Phase 2 drilling campaign at the Northern Mineralised Zone is now nearly completed and the company has defined extensions of the primary lithium clay ore system over at least 800 metres, with the deposit still open on three sides.

Drill results from both phases of work at Big Sandy are now being compiled and will be used to generate a 3D deposit model ahead of a maiden mineral resource estimate for the project later this year, which should make for interesting reading.

Big Sandy is located within the US’ “battery mineral corridor” in western Arizona, which includes Tesla Motors’ Gigafactory 1, a lithium-ion battery and EV subassembly factory up the road near Reno in Nevada state.

The deposits have an imposing size and Hawkstone recently generated an Exploration Target for the project, saying it could contain between 242.1 million tonnes and 417.6 million tonnes of mineralised clays grading from 1,000 ppm to 2,000 ppm of lithium, to a depth of 90m from the surface.