If everyone had to work for tips there would be a dramatic improvement in the level of customer service. 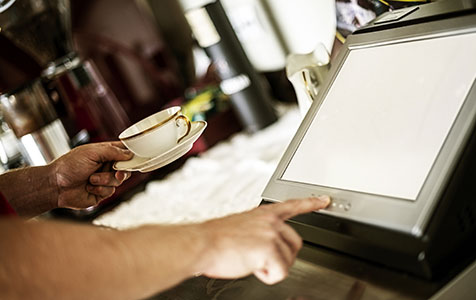 COMMITMENT: Those on the front line are usually the lowest paid. Photo: iStockphoto

Have you ever left a tip at a restaurant or cafe?

Sure you have, and most of the time the size of the tip is based on the perceived service or quality. Sometimes it’s a combination of qualities – food plus server’s performance.

But these days, tipping has changed, especially here in the US where the practice is an entrenched part of the culture.

Everyone seems to have his or her hand out, asking for more money. Starbucks stores, for example, have a plastic bin by the cash register that’s always filled to some varying degree with change and a few dollars. Sometimes it’s a jar. Sometimes it’s a fish bowl, but it’s ever present.

What these people are really saying is: ‘My company doesn’t pay me enough, so I need to beg you for more’.

Now I know this seems a bit harsh, but the bottom line is the company that employs them is making huge profits while their front-line people are predominantly the lowest paid people. Seems backwards.

People on the front lines are always the lowest paid. I wish I understood it, but I don’t. No, I’m not a socialist, but I am a pragmatist.

That’s one way of looking at tipping. Let’s take a look at another way. Suppose everybody not on the front lines of service, who still serve customers face to face or on the phone, had to earn tips.

Ever go to an airport? If you’re like me, and you check a bag (or two), you go to a skycap or stand in line inside the airport. Skycaps work for tips. Ticket counter people don’t. (Skycaps are porters who work at airports, helping passengers with luggage, or taking care of customer check-ins etc.)

I tip skycaps liberally. The skycaps at the airport in Charlotte, North Carolina, my home airport, are the best in the US. They’re friendly, they’re helpful and they don’t have a jar out. They do the same excellent job whether they’re tipped or not.

Suppose everybody in the airport had to work for tips.

Have you ever been in an airport and had a rude person at a ticket counter? At a gate? As a flight attendant? In baggage claim?

Can you imagine if those people had to work for tips?  At the end of a workday, rude people would go home with no money and be griping to their significant other about what lousy tippers there are at the airport. Never for one second thinking that maybe their lousy service and poor attitude contributed to their negligible income.

At the root of a tip are friendliness, helpfulness and service. But there’s a secret. In order to perform this, you have to have the desire to serve. You have to display the pride that goes along with giving great service.

No great server is ever going to say, “I’m doing the best I can,” or “they don’t pay me enough to do that”.

It’s interesting to note that many bellmen work at hotels for years, while front desk clerks turn over in their position sometimes as much as 400 per cent in a year.

Tips on tipping (and getting tipped, even if it’s not in the form of money)

2, Engage in a friendly manner.

3. Offer to help others sincerely and without expectation.

4. Tell them how nice it was to serve them.

4.5 Thank them for being your customer.

If you feel like giving someone a tip (even though they don’t accept them) you know you’ve gotten good service.

Tips don’t always have to be money. For example, I often give a signed copy of my book to people I feel went above and beyond their duty. For you, if you haven’t written your book yet, it might be flowers from your garden, something that you made, or a keepsake that cost a buck or two. You can find tons of them at little gift stores. A small gift is most often better than a monetary tip because it’s from the heart.

But the best tip you can give to others is a kind word of thanks, and a compliment.

People love hearing compliments from customers, because they rarely, if ever, hear them from their boss.

One last tip: Rate yourself after every transaction with a customer. Did you serve well enough to get tipped?

Idea: Perform all interactions with customers as though your income depended on it.