Has centralist vision had its time?

The Whitlam legacy lives on, on both sides of the political fence, in the push for ever-greater concentration of power in Canberra. 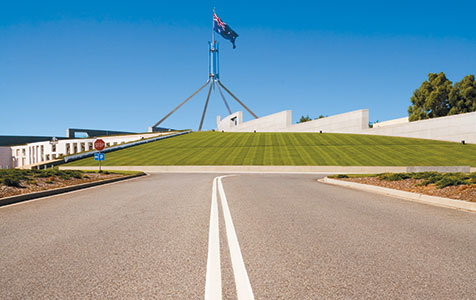 My first memory of the late Gough Whitlam was either in 1971 or early 1972, which meant that by the time he emerged as saviour of the Labor Party, I’d long since stopped listening to the message he was proselytising.

I first saw him at the University of Western Australia’s magnificent Winthrop Hall, where he’d come to lecture students and a large number of left-of-centre academics.

Labor organisers were ecstatic, since their relatively new leader received a standing ovation.

Although Labor’s 1972 national election campaign slogan, ‘It’s Time’, wasn’t yet unveiled, nearly all in that hall felt it was time, since they’d been anxiously awaiting for years a new (Whitlam-led) Labor government that promised to totally transform Australia from Canberra.

But I was disappointed for the simple reason that the Whitlam message was so simplistic, and promised little more than bigger government.

But bare-knuckle Whitlamism was what former US president Ronald Reagan later dubbed the nine most terrifying words in the English language: “I’m from the government and I’m here to help.”

And that’s what Australians got a potent dose of until November 1975, when the Whitlam government was dispatched by Sir John Kerr, who’d been elevated by Whitlam to the nation’s most powerful post, that of  governor general.

To Whitlam and his tens of thousands of loyalists Malcolm Fraser, whom Kerr commissioned as caretaker prime minister, thereafter became Kerr’s cur, an insult delivered by Whitlam on the steps of the Old Parliament House.

But what was the Whitlam-Kerr confrontation about?

One thing only – power.

He believed that he, because of his House of Representatives majority, had the right to spend taxpayers’ money as he, and only he, saw fit.

Unfortunately for Whitlam and Labor, others, including Kerr and coalition senators, believed otherwise.

And those differing with him on this pivotal question prevailed on November 11 1975, when Mr Whitlam had his commission withdrawn, thereby becoming leader of Her Majesty’s loyal opposition.

After considering Kerr’s unexpected dismissal of the seemingly omnipotent Mr Whitlam, I was elated.

Thankfully, I thought, there’s still someone who’s more powerful than an individual who’d been preaching growth of unlimited Canberra power ever since he’d reached Canberra as Member for Werriwa in 1952.

Thankfully also we had non-Labor senators prepared to say a limit had been reached, so they refused to pass the Whitlam government’s 1975 budget.

As things transpired, again thankfully, a national election was set for December 3 1975, and its outcome confirmed the stance taken by those senators and the governor general

But for me, that wasn’t the end of Whitlamism.

In early 1976 I began burrowing through historical documents and articles on long-ignored aspects of the brief Whitlam era, that underpinned his burning lifelong desire to thoroughly centralise Australia – bequeath Canberra total power by ensuring the six foundation states became redundant.

What my research revealed was that, apart from Whitlam having won several key High Court cases that helped confirm his longstanding belief Australia could easily be centralised, he’d established a department to be the cutting edge in his centralising thrust.

That was the Department of Urban and Regional Development (DURD), with the word ‘regional’ the crucial element.

DURD, in 1973, set about constructing a 112-strong regional network – I still have its maps filed away with papers somewhere – designed to slowly become Canberra’s key new administrative units to displace Australia’s foundation states.

That move, I discovered, simply revived a 1920s Labor plank, which long-time hardline leftist MP Maurice Blackburn had illustrated on a map that had imposed 31 provinces upon Australia’s states.

But the Whitlam and DURD-driven centralism never came to pass because the November 11 1975, dismissal meant Whitlamism was stopped in its tracks.

What was needed for the centralising transformation process to be realised was four, perhaps five, Whitlam-style administrations, during which Canberra-controlled regions could completely displace the states in all areas, including policing, the courts, health, education, licensing, land rating, titles, mineral royalties … you name it.

But that matters little, for the centralist Whitlam vision remains on the agenda.

Remember Julia Gillard’s and former Greens senator Bob Brown’s agreement for a 2013 referendum to bequeath Canberra power over local government and regions by including them in Australia’s Constitution?

Although that referendum wasn’t held, as initially scheduled, it’s important to never forget that many senior coalition MPs strongly backed that move.

So, although Mr Whitlam has passed away, Whitlamism lives on, even within Liberal/Nationals ranks.