Perth has embraced the proliferation of small bars, but how many can the city support? 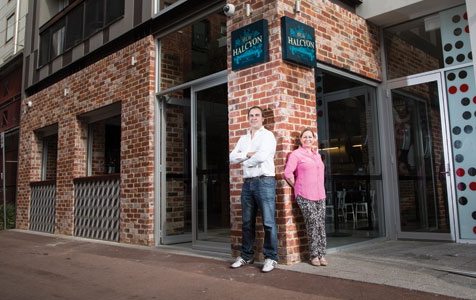 Perth has embraced the proliferation of small bars, but how many can the city support?

Wolf Lane will host the newest member of the city’s small bar clique when Bar de Halcyon opens its doors next Tuesday.

The venue is David Heaton’s first foray into the small bar scene, despite having plenty of hospitality experience through his company MIR Corp, which owns Metropolis Fremantle and Amplifier/Capitol nightclubs.

And even before Bar de Halcyon has served its first drink, Mr Heaton acknowledges the inner city’s small bar segment is becoming congested.

“It’s like anything, everybody jumps on the bandwagon and it creates a bubble,” Mr Heaton told Gusto.

When Bar de Halcyon opens its doors there will be three small bars within 100 metres of each other in Wolf Lane.

There are now 15 small bars within the wider CBD, and Mr Heaton believes there has to be a point of saturation and subsequent consolidation.

“The best operators will survive and the ones that were not well thought out or don’t have a clearly defined point of difference will struggle,” he says.

Some small bars have already failed, with the closure of The Duchess in Claremont the most recent example.

Mr Heaton says Bar de Halcyon’s emphasis on food in the Spanish ‘pintxos’ style would differentiate it from competition, which primarily focused on alcohol.

“Initially when small bar licensing came out, because it was such a new concept, people thought of themselves as bars,” he says.

“But those bars that have a drinks-first policy with food as an afterthought are going to be the ones that struggle the most.”

Pintxos are similar to tapas but are a specialty of the Basque country of northern Spain, and are held together by a toothpick.

At Bar de Halcyon, customers will either pay for their meals upfront or ‘by the toothpick’ at the end; and Mr Heaton has factored dishonest customers into the bar’s financials.

“It’s no secret that we will make most of our money from the alcohol, and the customers who do pay will make up for the ones who steal,” Mr Heaton says.

Venturing into the small bar scene has given Mr Heaton and his partner Linda Fry an opportunity to prove they’re not just savvy nightclub operators, but can also compete with the best when it comes to satisfying demands of more discerning customers.

“This is kind of like a showcase of the best of everything that we can do in every part of our business,” Mr Heaton says.

But the pair says it also complements their business portfolio as it provides staff with an opportunity to progress their career.

“The hours in the nightclubs are pretty onerous so over a period of time people burn out,” Mr Heaton says.

“So if we want to keep those people now we’ve got somewhere for them to go.

“Part of (opening Bar de Halcyon) was to create a development path where we could keep staff within our group of companies; and we won’t just stop here, we’ll be moving on to bigger and better things.”