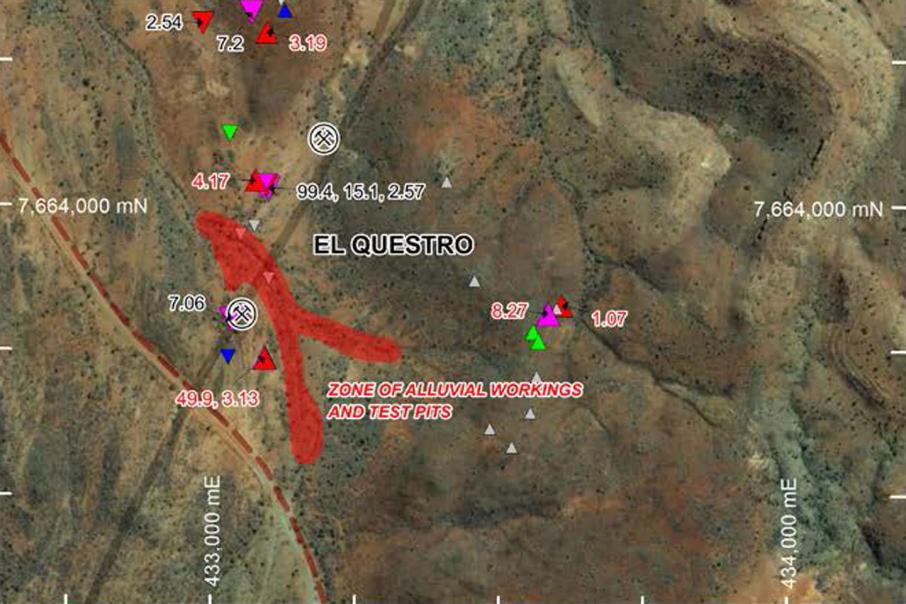 Check sampling at El Questro North about 1.1km north along strike also returned individual peak grades of up to 7.24g/t gold and 19.7% copper.

Further exploration will be conducted in the coming months to define the prospective zones at El Questro.

Further sampling and mapping of Mt Philp East, including all the remaining anomalies, will be assessed in the coming months.

Over in Western Australia, the company is mid-way through an induced polarisation survey at its Bronzewing South gold project in the highly endowed Yandal greenstone belt.

Hammer Chairman Russell Davis said: “With the IP survey well underway at the Bronzewing South gold project and drilling planned there for August on top of the promising results from prospecting activity at the Mount Isa Project, we are anticipating an exciting period coming up for the company for the remainder of the 2019 field season.”