Hammer Metals’ rock chip sampling at the Malbon region near Mount Isa in northwest Queensland has returned intriguing grades of up to 12.9 grams per tonne gold and 15.8% copper and identified the new Speculation, Pioneer Prince and Alice-Kings trends. The company said that outcrop in the area is sparse and further mapping and sampling would be required to understand the extent and structural controls of mineralisation. 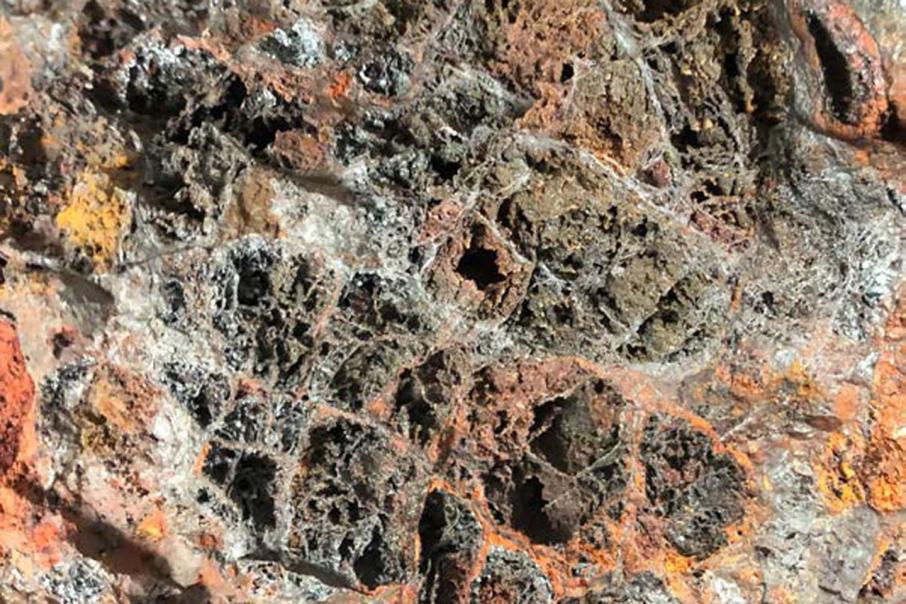 Gossan sample from the Deadlock Prospect

Hammer Metals has marked the Malbon region near Mount Isa in northwest Queensland for further investigation after the second round of rock chip sampling returned grades of up to 12.9 grams per tonne gold and 15.8% copper.

The samples were taken from the parallel Speculation, Pioneer Prince and Alice-Kings structural trends that are up to 1.8km in length.

Management said that while the results to date are encouraging, outcrop in the area is sparse and further geological mapping and sampling would be required to understand the extent and structural controls of the identified mineralisation.

Last month, the first round of rock chip sampling at Malbon returned grades of up to 3.7% copper and 3.98g/t gold and identified the Kings, Alice and Deadlock trends.

The company has also started examining multiple soil geochemical anomalies at its flagship Mt Philp breccia iron oxide-copper-gold, or “IOCG”, project, about 40km to the west. The work at Mt Philp will be augmented by a planned gravity survey.

Hammer Chairman Russell Davis said: “Whilst the Malbon region has not been a high priority for Hammer Metals the high gold values being outlined along these trends are considered encouraging and warrant further investigation. We also look forward to reporting additional results from the ongoing sampling at the Mt Philp IOCG Breccia project shortly.”

The Mt Philp breccia project covers one of the largest known IOCG breccia complexes in the Mount Isa region, including a 4km diameter circular, volcanic “caldera” feature, which also shows up strongly in magnetic data, due to the presence of the iron oxide mineral magnetite.

Recent dating of a volcanic intrusive at Mt Philp shows it is the same age as that believed to be associated with the ore-forming processes at the revered Ernest Henry deposit to the northeast, which holds 254 million tonnes grading 1.17% copper and 0.6g/t gold in a similar geological setting.

Despite the prospectivity for copper and gold, historical work in the region has only focussed on its iron ore potential with previous owners Cerro Resources defining a mineral resource of 30.5 million tonnes grading 39% iron.