Hammer Metals has ploughed in 123 first-pass aircore holes at its Bronzewing South gold project and the company appears to have hit on what looks to be something quite interesting. Hammer recently reported composited sample assays from across Target 1 and it has since split the samples down to one-metre intervals. Best numbers include 14 metres at 1.80 g/t gold from 12 metres including 3 metres at 5.57 g/t. 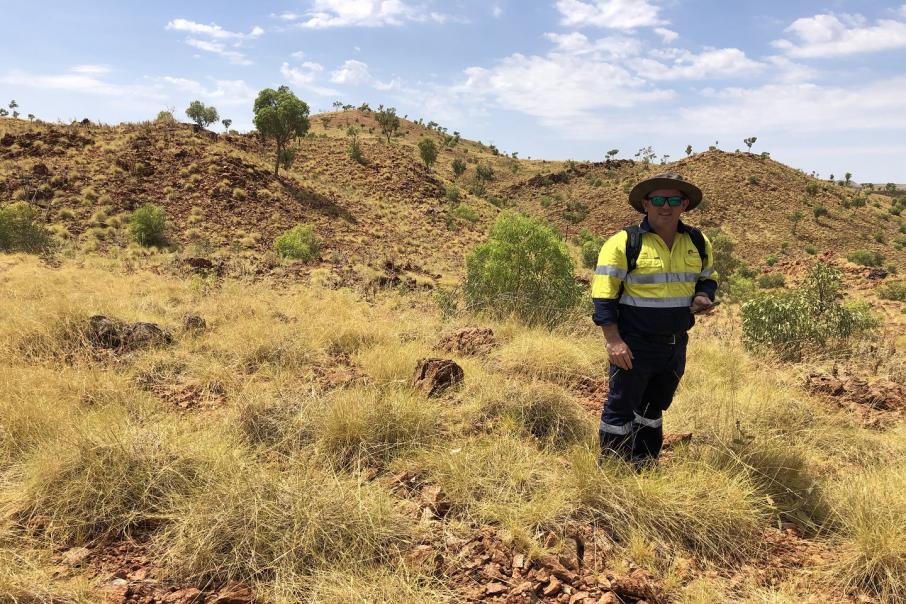 First-pass aircore exploration drilling at Hammer Metals’ Bronzewing South project this year have hinted at what could potentially be an emerging discovery story for the ASX listed company.

Hammer recently ploughed in 123 exploratory holes at the project and reported composited sample assays from across Target 1 – the drill samples have since been split down and assayed down to one-metre sample intervals to provide a better resolution.

There are more assays still to come in the new year and the company is undoubtedly looking forward to getting its first really good look at these potentially exciting numbers.

Aircore drilling is considered by explorationists as a glorified soil sample, as the method has a limited capability to reach fresh rock and can generally only drill to shallow depths. The original Bronzewing mine discovery hole contained just a few metres grading 0.3g/t gold in weathered material and 12m grading at 1.1g/t gold at around 80m depth.

Hammer’s first pass numbers are a solid first result and the company is planning on drilling with a higher-powered reverse circulation rig in the new year.

The results to date have identified three gold mineralised trends at Target 1 over a length of about 500m.

Hammer’s maiden drilling program was conceived to test targets across the 14km prospective Orelia trend, which is located along strike from the historic Cockburn and Lotus pits, currently held by Echo Resources. Cockburn and Lotus have solid combined resources of 1.1 million ounces of gold.

Hammer Metal’s Managing Director, Daniel Thomas said: “The completion of the first phase aircore program at North Orelia has provided Hammer with a priority target area to pursue in early 2020 along with valuable geological information on the prospective North Orelia trend.”

“Further follow up work is planned at both North Orelia and Bronzewing South in the first quarter of next year. Further testing of the identified anomalies and other untested targets remain our priority whilst we will also consider completing a first pass program at the prospective Ken’s Bore area.”