Hammer Metals’ consulting geologist Ziggy Lubieniecki has discovered four new copper-gold prospects in Queensland’s Mount Isa region that have returned some amazing rock chip assays of up to 36% copper and 6.8 grams per tonne gold. 56 of the 100 rock chip assays from the Spiros and Paddy B prospects returned copper values of more than 1% copper. 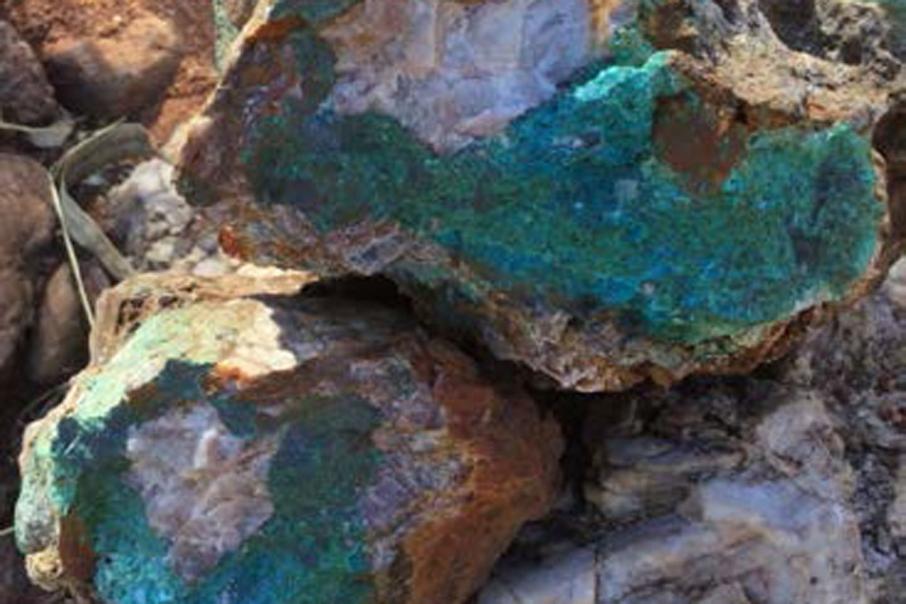 Highly regarded geologist and 2015 AMEC Prospector of The Year Ziggy Lubieniecki has stirred up some excitement for Hammer Metals in his capacity as consulting Geologist for the company.

The renowned prospector has discovered four copper-gold prospects on Hammer’s ground in Queensland that returned some amazing rock chip assays of up to 36% copper and 6.8 grams per tonne gold.

Notably, 56 of the 100 rock chips assayed from the Spiros and Paddy B prospects returned copper values of more than 1% copper.

The ASX listed explorer said mineralisation occurs in veined and “red-rock” altered Williams-age Wimberu Granite that is coincident with magnetic lows developed along and at fault intersections.

Multiple other targets identified with a similar geophysical signature have been identified in the new Perentie project area that covers 50 square kilometres within the Mount Isa Inlier.

Ground investigation of these targets are underway.

There is more excitement to look forward too with Hammer expecting assay results for the samples from the Judith and Susan prospects next week.

Mr Lubieniecki played a leading role in the discovery of Gold Road Resources’ world-class 5.9 million ounce Gruyere gold deposit in Western Australia. He was also instrumental in the recognition of the Yamarna Belt as a new gold region.

Hammer Chief Executive Officer Alexander Hewlett said: “Four new copper-gold systems have been identified in a short period of time and our targeting is indicating the potential for multiple similar zones within the Perentie area. This work has opened a new frontier for Hammer’s exploration in this prolific metalliferous region.”

Perentie forms part of the Dronfield Joint Venture between Hammer Metals – with an 80% stake - and Kabiri Pty Ltd.

Hammer’s previous exploration in the area had focussed on strong magnetic and gravity features along the northern margin of the granite.

Three of these prospects, Judith, Paddy B and Susan are located along one of these north-south structures where they intersect north-westerly faults.

At Paddy B, the copper-gold mineralisation is hosted by multiple veins within a quartz-carbonatehematite-magnetite vein breccia, occupying a de-magnetitsed structural corridor.

Judith is located within a similar structural setting north of Paddy B with mineralisation up to 30m in thickness over a 450m strike length.

The Susan prospect is located south of Paddy B within the same demagnetised structure. Copper mineralisation is located within 50m of the contact of the Wimberu Granite with the Argylla Formation.

Spiros, the last of the new prospects, is located to the north of the Trackside prospect and mineralisation of up to 2 metres in width has been tracked for a distance of over 300 metres.

Much of this area is under cover and the zone could be wider than indicated.

Hammer has submitted a new exploration permit application covering about 70km2 to secure other similar structural positions in the area after a review of the magnetic response in the region indicated there are at least 20 other demagnetised structures which require investigation.

The sheer volume of rock chips with more than 1% copper and a peak assay of 36% copper strongly suggests that Hammer and its revered geologist at large, Ziggy Lubieniecki, have made a potentially scorching new discovery.