Hammer hits the ground at Mt Isa and Bronzewing South

Hammer Metals has both feet firmly planted across some tier-one mining districts around the country as it kicks off several major exploration programs including geophysical surveys and geological mapping at its Mt Isa IOGC project in Queensland and at its exciting Bronzewing South gold project in Western Australia. Gravity and EM surveys will be run across some of Hammer’s Mt Isa JOGMEC JV ground and 12,000m of aircore and RC drilling will test priority targets at Bronzewing. 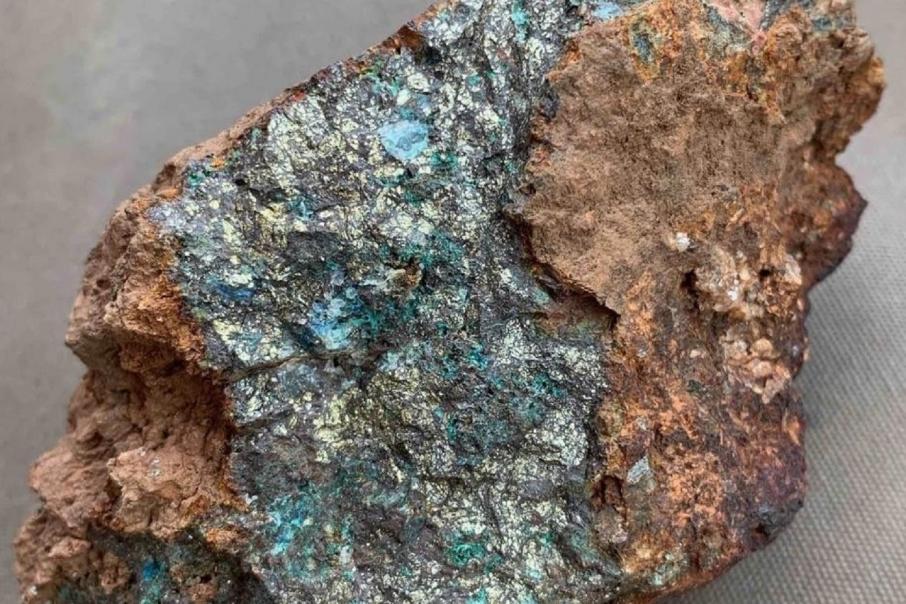 Hammer Metals has both feet firmly planted across some exciting tier-one mining districts around the country as it kicks off several major exploration programs including geophysical surveys and geological mapping at its Mt Isa IOGC project in Queensland and its exciting Bronzewing South gold project in Western Australia. Gravity and EM surveys will be run across some of Hammer’s Mt Isa JOGMEC JV ground and 12,000m of aircore and RC drilling will test priority targets at Bronzewing.

The ASX-listed company recently received a shot in the arm from resources house, The Japan Oil, Gas and Metals National Corporation, or “JOGMEC”, who committed to a $1m spend by the end of this quarter in a farm in arrangement at the My Isa project. The spend will ensure JOGMEC retains its interest in a JV deal that will see the Japanese Government-funded institution inject $6m towards exploration on Hammer’s highly prospective Mt Isa ground.

Geophysical programs are now underway across Hammer’s Mt Isa JV ground and include ground gravity at the Even Steven, Mount Philp Breccia, Dronfield West and Malbon prospects and ground electromagnetic, or “EM” surveys at the Toby and Charlie prospects.

The ground EM surveys will cover areas at Toby and Charlie that have been covered historically by Versatile Time Domain Electromagnetic, or “VTEM” surveys and rock chipping.

VTEM surveys can “see” potentially conductive – or massive sulphide – material at depth and Hammer said the VTEM anomalies already identified at the Toby prospects coincide with some extraordinarily high-grade results from rock chip samples of up to 18.4 grams per tonne gold, 76g/t silver and 15.15% copper.

Reconnaissance sampling at Charlie has already identified a zone of gossanous red rock breccia up to 40m thick, whilst initial rock chip samples returned peak grades of up to 1.36g/t gold, 25.6g/t silver, 1.2% copper and 1.23% zinc.

The additional geophysics across the Mt Isa project, combined with planned geological mapping, should provide Hammer with a number of prospective IOGC targets to nail with drilling.

BHP’s Olympic Dam in South Australia and Ernest Henry, a Glencore company in Queensland are perhaps the better-known examples of these type of mineral giants. Ernest Henry has churned out some 220 million tonnes of ore grading 1.1% copper and 0.5g/t gold to-date.

First pass aircore drilling at Hammer’s Bronzewing South project late last year hinted at what could potentially be an emerging discovery and now the company has planned for a follow-up program that will see a combined 12,000 metres of aircore and RC drilling ploughed in.

The drilling program will test targets across the 14km Orelia trend, Bronzewing trend and Kens Bore, which is 12km south of Bronzewing.

A review of open-file reports on historical exploration across Kens Bore turned up some old rock chip sample assays up to 497g/t gold. Rock chip samples collected by Hammer here, also returned grades of 22.2g/t, 12.95g/t, 6.09g/t and 7.73g/t gold. The explorer will now follow up these higher-grade zones with drilling.

Hammer Metal’s Managing Director, Daniel Thomas said: “It’s pleasing to see the evolution of Hammer’s exploration programs. To effectively plan two aggressive field programs on separate projects is a testament to the organisation and capabilities of a small, flexible, agile and forward-thinking team.”

“The upcoming months will provide a steady stream of new geological information and advanced drilling targets in Mount Isa, whilst also providing shareholders with drill results from our prospects at Bronzewing”.