Hammer Metals is on a roll in QLD after the small cap explorer identified a second high grade copper zone with significant gold values at its new Judith prospect, part of the company’s emerging Perentie project, near Mount Isa in Queensland. Surface rock chip assay results up went to 25% copper and 7.23g/t gold at Judith and were located only 800m north of the Paddy B prospect. 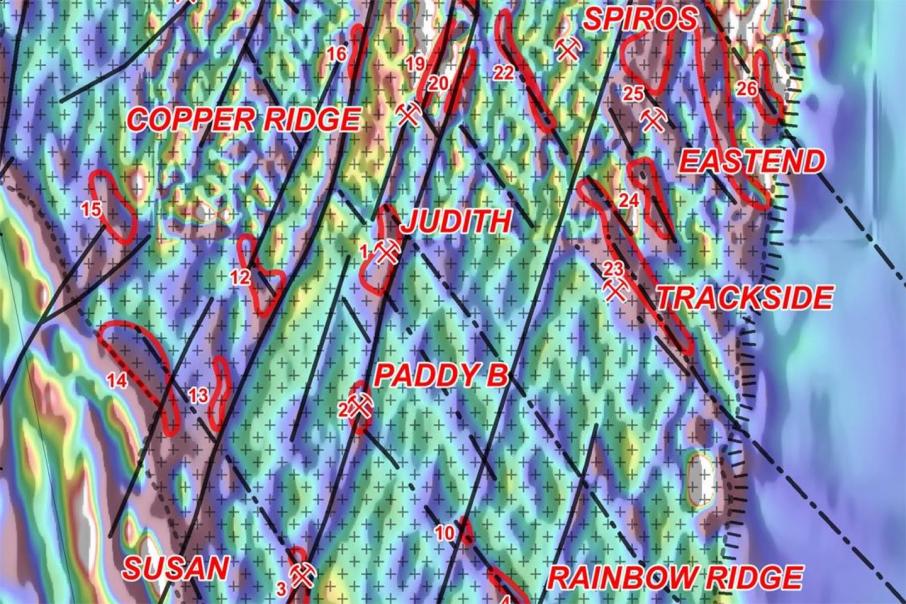 Hammer Metals has done it again, identifying a second zone of very high grade copper mineralisation and gold at its shiny new Perentie project, in the heart of the Mount Isa mining district in western Queensland.

Surface rock chip sampling of the Judith prospect returned assays up to an astonishing 23% copper and 7.23g/t gold, located only 800m north of the Paddy B prospect, from where last week’s announcement of a significant new copper-gold discovery was reported.

Rock chips from the Paddy B and Spiros prospects recorded multiple high-grade copper-gold results up to 36% copper, 6.8g/t gold and 23g/t silver, showing a strongly mineralised system was evident.

The disseminated style of mineralisation located at Judith, occurs within quartz-carbonate veining in strongly altered granite up to 30m thick and over 450m of strike.

According to the company, the Judith prospect is shaping up as a high priority future drill target.

At least another 20 targets are interpreted with very similar geophysical characteristics to Paddy B and Judith and geological field reconnaissance of these targets is continuing in earnest.

Further rock chip assay results from the nearby Susan and Anomaly 5 prospects are expected in the next week.

The company believes there is potential for a significant new copper discovery within the Perentie project tenement, which is part of the larger Dronefield JV with Kabiri Pty Ltd, over which Hammer holds 80%.

The project area covers an area of about 50 square kilometres centred on the north-western corner of the highly magnetic Wimberu granite that is considered to be associated with the development of iron oxide copper-gold mineralisation, elsewhere in the Mount Isa geological district.

Geophysical interpretation over the granite within the Perentie project shows that the copper-gold mineralisation is associated with discrete structures that have significantly demagnetised the granite and hence are relatively easy to track in the airborne data.

The demagnetisation is caused by the magnetite in the granite altering to hematite, giving the host rocks an obvious red appearance.

Closer examination of these rocks by Hammer has turned up malachite, and azurite – which are minerals formed by oxidation of primary copper mineralisation.

At Perentie, the identified mineralisation is accompanied by significant veining and brecciation of the rock mass, which provides another opportunity to potentially find undiscovered copper ores on the property.

These are exciting times for Hammer and its shareholders and its company geologists are no doubt salivating over what might be at this new project that has been throwing up some amazing grades – and it doesn’t look like stopping any time soon.