It’s not very often you get to steal a project from the Chinese but only a year after paying Chinese and other interests just $83,000 for the Millenium copper-cobalt project in Queensland, Hammer Metals have farmed it out in a deal worth up to $2.7m. Their JV partner is a serious player in the battery metals business and brings more than just exploration money to the table. 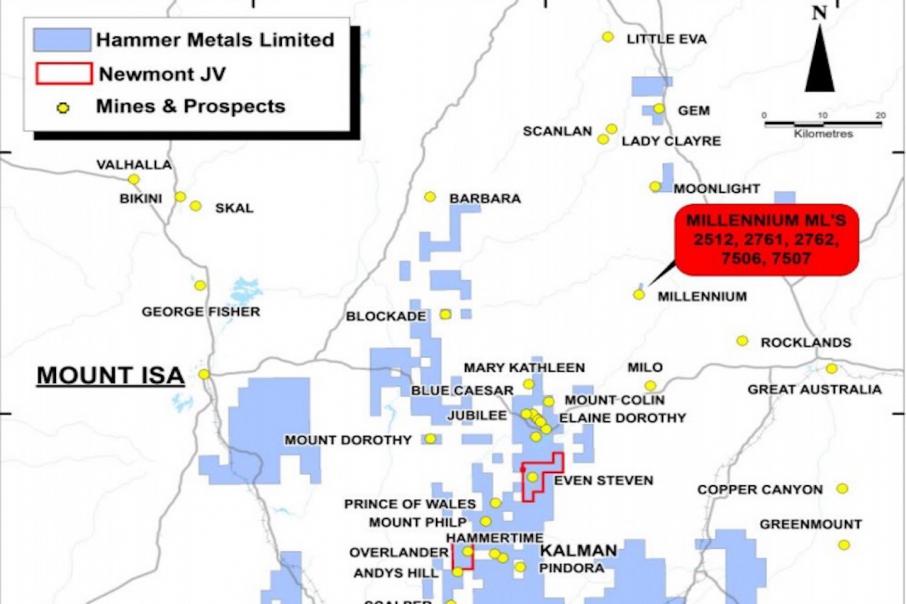 It’s not very often you get to steal a project from the Chinese but only a year after paying Chinese and other interests just $83,000 for the Millenium copper-cobalt project in Queensland, Hammer Metals have farmed it out in a deal worth up to $2.7m.

Canada’s Global Energy Metals Corporation has stepped up as a joint venture partner at the project that already has a Jorc resource of 3.1m tonnes grading 1.29% copper equivalent courtesy of Hammer’s aggressive exploration campaign.

A significant part of the copper equivalent resource is cobalt cobalt, which is quickly becoming the star player at Millennium thanks to tightening supply and surging prices.

Hammer defined the maiden resource at the project just 6 months after picking it up cheaply from the Chinese.

Global Energy have a swag of primary cobalt and other battery metals projects in Canada along with manufacturing partnerships in Asia. This potentially makes them a true strategic partner for Hammer that could add much more value at Millennium compared to a company that simply carries the exploration spend.

Under a term sheet for the new partnership announced this week, the TSXV-listed company can spend up to $2.7 million to earn up to 75% of the project.

Global Energy clearly likes the look of Millennium and sees potential to enlarge the shallow resource, which is still open at depth and appears to extend north along strike.

Hammer received a non-refundable $50,000 deposit on signing of the term sheet, with a definitive agreement to follow within 90 days subject to satisfactory due diligence.

Global will also pay Hammer a total of $200,000 in cash in two equal payments. The first payment will be upon signing a definitive agreement, with the second payment six months later.

Hammer’s CEO, Alex Hewlett, said: “We are thrilled to have GEMC as a strategic partner and combine efforts to develop Millennium. GEMC’s strong track record, deep cobalt sector knowledge and key partnerships in Asian battery markets were key to our wanting to partner with them. This transaction provides our shareholders with immediate upside in partnering with a cobalt-focused leader in the industry while retaining exposure to longer term value creation that the Millennium project will offer.”

In other news, Hammer today announced the commencement of drilling at its Dronefield copper-gold project south east of Mt Isa.

Hammer has earnt an 80% interest in the Dronefield targets by spending $250,000 on them and they are now subject to a farm in agreement with mining goliath Newmont.