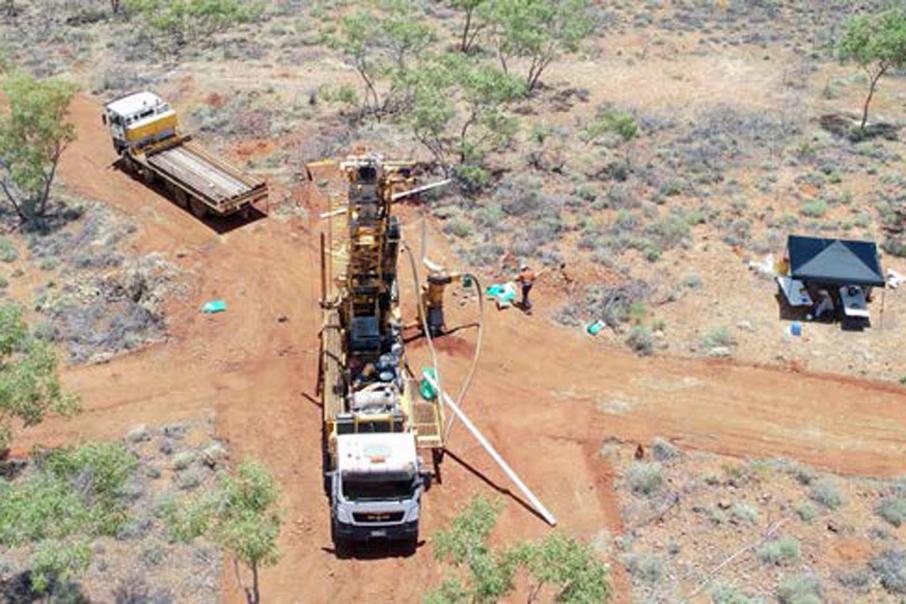 ASX listed Hammer Metals has received some encouraging news at its Perentie project near Mt Isa in Queensland, with its maiden RC drilling campaign returning some high grade copper results.

Notable results from the drilling program include 2 metres grading 2.42% copper from 74m down-hole including 1m @ 4.21% copper and 0.13 grams per tonne gold at the Paddy B prospect and 2m @ 2.36% copper and 2g/t gold from 37m down-hole at the Trackside prospect.

The copper and gold mineralised zones are associated with strongly altered, and in places brecciated granite, which coincide with magnetic anomalies.

The new drilling results follow up on the high grade rock chips obtained by the company at Perentie last year.

Management said that whilst an economic intersection was not obtained in this campaign, the drilling has confirmed the prospectivity of the project, with elevated copper mineralisation and alteration present in all the target zones drilled.

Hammer is also planning to review the economic potential of its existing Jubilee, Kalman, Overlander and Elaine deposits in the Mary Kathleen area, 50km east of the Mount Isa mining centre.

The deposits lie within a 30km radius of each other and are well-located with respect to existing power, water, rail and road infrastructure.

In addition, the company is planning to drill test the Black Rock exploration target located about 5km west of its Jubilee deposit over the next 12 to 24 months.

Hammer is also looking to carry out first-pass geophysical and geochemical exploration at the Mount Philp Breccia project for which it has received part-funding from the Queensland State Government.

Hammer Chairman Russell Davis said: “For a first-pass program that tested 3 of the 30 targets identified at Perentie the drilling is considered encouraging and has confirmed the exploration concept.”

“In the meantime, assessment of the recently acquired Black Rock project near Mary Kathleen highlights its significant potential for bulk tonnage copper-gold mineralisation similar to the Elaine deposit 5km to the east.”

“The addition of the nearby higher-grade Jubilee deposit to Hammer’s resource inventory brands Hammer’s Mary Kathleen project area as a priority.”