Hammer Metals has doubled the strike length of its North Orelia gold target with the latest drill results identifying significant areas of shallow gold mineralisation. Recent intercepts from air core holes at the Orelia Target 1 include 4m grading 3.88 grams per tonne gold from 24m, 8m at 1.93g/t gold from 36m, which includes 4m at 2.5g/t from 40m and 7m grading 0.9g/t. 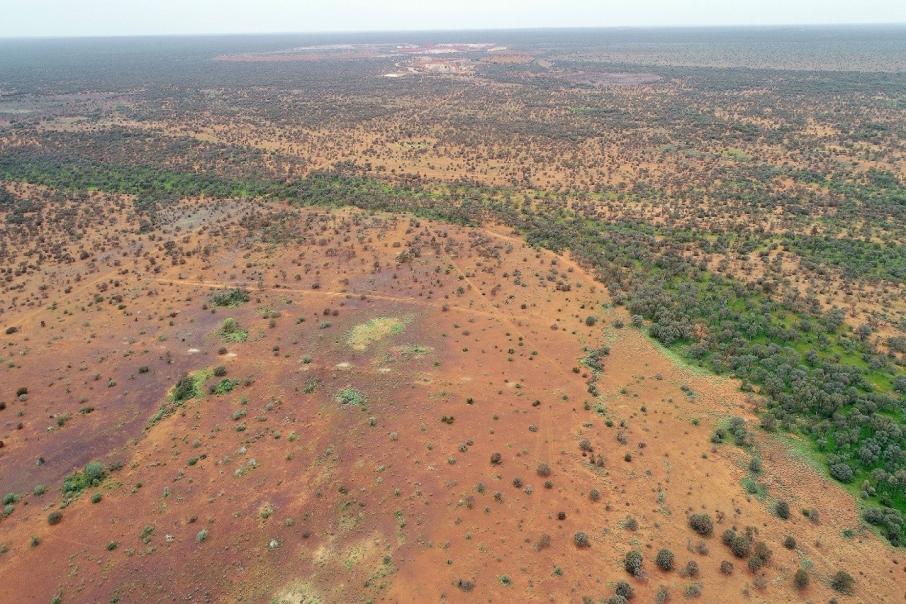 The company is just over half way through a 10,000m air core drilling program of targets around its Orelia and Bronzewing South gold projects that are located approximately 50kms northeast of Leinster.

North Orelia is due north of the historic Lotus, Cockburn, Success and Parmelia deposits that were mined between 1992 and 2010.  The Lotus pit, which is closest to North Orelia, produced 400,000 ounces during this period according to Hammer.

Orelia and Bronzewing South are slotted beautifully into the tier-one gold mining district that extends between Wiluna in the north and Kalgoorlie to the south.  So far, Hammer’s recent drill results are backing up earlier intercepts that included a healthy 14m at 1.8g/t gold from 12m, including 3m at 5.57g/t from 21m and a thick, 19m intersection grading 0.63g/t gold, including 1m at 8.77g/t from 13m.

The company is already sitting on a healthy resource at Orelia and management said the mineralised zone is still open in all directions.

The balance of Hammer’s current drill program looks likely to lead to a significant resource upgrade if these recent shallow drill results are anything to go by.

Hammer Metals Managing Director, Daniel Thomas said: “The extent of the mineralisation at Target 1 is encouraging and again highlights the limitations in the previous exploration on both this project and our Bronzewing South tenement. These results provide further targets for the Company to pursue upon our return to drilling at this project. We will continue with infill and extensional air core drilling at Orelia in addition to air core drilling immediately to the south of the Bronzewing Gold Deposit. A reverse circulation drilling program at Target 1 and Ken’s Bore is also planned.”