Hammer Metals has delineated a number of prospective looking copper-gold and gold only anomalies from a soil geochemical survey program at its early-stage, Mt Philp breccia iron oxide-copper-gold project, near Mount Isa in Queensland. The company said that it is now field checking the new copper-gold anomalies and that a ground gravity survey is planned to investigate possible blind exploration targets. 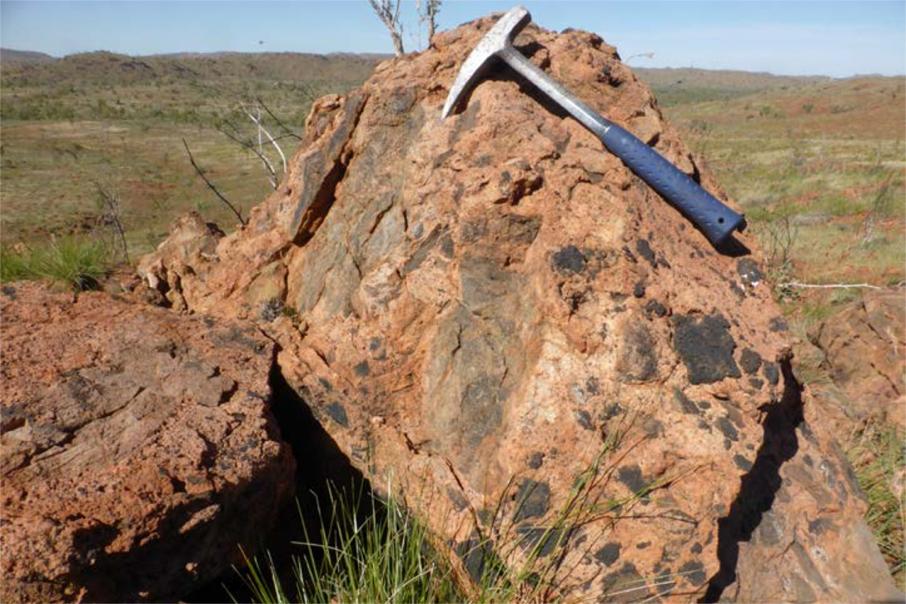 Hammer Metals has delineated a number of serious looking copper-gold and gold only anomalies from a detailed soil geochemical survey program undertaken at its early-stage, Mt Philp breccia iron oxide-copper-gold, or “IOCG”, project, near Mount Isa in northwest Queensland.

The gold assays have now been received and the distribution is similar to the anomalous copper zones, but importantly, there are three, standalone gold anomalies above 50 parts per billion, which represent new exploratory targets in their own right.

According to Hammer, gold-only mineralisation is unusual in the Mount Isa district, however, there are exceptions with the Tick Hill deposit located 50km south of Mt Philp, producing 700,000 tonnes grading an exceptional 22.5g/t gold for just over 500,000 gold ounces between 1991 and 1995.

The company would take another half a million near-surface gold ounces from the Mt Philp project tenement in a heartbeat.

Hammer was awarded $80,000 to partly fund exploration activity at the property under a collaborative exploration scheme set up by the Queensland Government encouraging investment in the prospective northwest corner of the state.

The Mt Philp breccia project covers one of the largest known IOCG breccia complexes in the Mount Isa region, including a 4km diameter circular, volcanic “caldera” feature, which also shows up strongly in magnetic data, due to the presence of the iron oxide, magnetite.

Whilst the project area has never been assessed thoroughly for IOCG mineralisation, a 2012 mineral resource of 30.5 million tonnes grading 39% iron was estimated by the previous owners Cerro Resources, who were only focussed on the iron ore potential of the area.

Recent dating of a volcanic intrusive at Mt Philp, shows it is the same age as that believed to be associated with the ore forming processes at the revered Ernest Henry deposit to the northeast, which holds 254 million tonnes grading 1.17% copper and 0.6g/t gold in a similar geological setting.

Despite the prospectivity for copper and gold, the region is relatively under-explored for these mineral commodities.

The company said that field work has recommenced at Mt Philp in March with detailed geological ground reconnaissance of the newly identified copper and gold geochemical targets.

A ground-based geophysical gravity survey program is also in the works to investigate possible blind exploration targets at the project.

Hammer Chairman Russell Davis said: “The soil results are very encouraging and now that surface anomalies have been defined, more detailed field examination can commence. The field work and planned gravity survey aims to delineate drill targets which will be tested late in the 2019 field season.”

The Mount Isa region is one of the world’s most significant IOCG provinces and is also Australia’s largest lead, zinc and silver producer, hosting almost 30% of the world’s lead and zinc reserves.

If the IOCG model checks out for Hammer at Mt Philp, the company could have its feet on its own massive ore system similar to Ernest Henry, within an enticing tenement portfolio of 3,000 square kilometres in northwest Queensland.

Riveting times indeed for Hammer in this under-explored corner of Australia, as it begins it hunt for copper and gold mineralisation at Mt Philp.