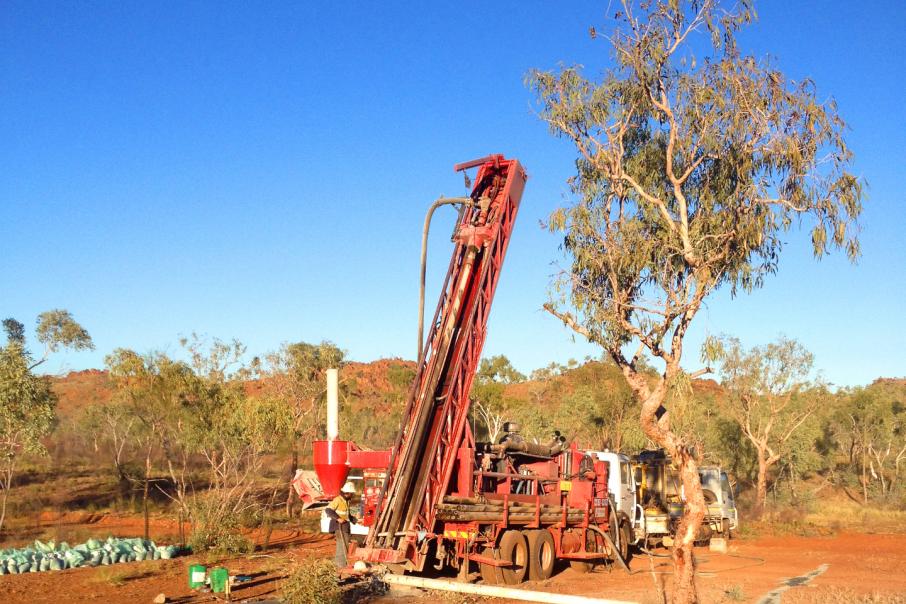 Hammer announced recently that preliminary positions had been finalized for a planned three-hole, 1500-metre diamond drilling program at Overlander and drilling is expected to begin in early September, with results due just six weeks later.

Sizeable nature of the prospect, which is immediately west of the current Overland copper resource, helped secure Newmont last year as joint venture partner. Newmont is earning up to 75% of Overlander and two other prospects by spending $US10.5 million.

Hammer also updated the market recently on drill news at its 100%-owned Millennium and Scalper prospects.

The current reverse circulation drilling program at the Millennium and Scalper projects is more than 50% complete, with over 2200 metres drilled to date at Millennium in 15 holes.

Millennium is a high-grade, copper-cobalt-gold prospect within five leases that were acquired in May. The deal ended a period of stagnation in Hammer’s share price and kicked off an upward trend that has accelerated in recent weeks.

Fresh momentum came from news last week of a placement of 32 million shares at 7 cents a share, including at least 9 million shares to Resource Capital Fund VI, a global $2 billion private equity fund.

Subject to shareholder approval, the placement will raise $2.25 million to accelerate exploration and Millennium and Scalper, which is an IOCG prospect with similarities to Overlander.

The current drill program is designed as an initial test of the continuity of mineralisation intersected in previous drilling at Millennium, which included 19 metres at 1.27% copper, 0.38% cobalt and 0.5 g/t gold. The program will also test the potential for IOCG mineralisation at Scalper.

This work will be followed by new field programs including drilling at the company’s Hammertime prospect, Kalman West and Kalman South.

With elevated levels of exploration going on right now, it’s safe to assume that Hammer Metals will produce a strong level of news flow over coming months.