Hammer and Newmont narrow on drill targets at Mt Isa

Hammer Resources and heavyweight partner Newmont are currently processing and modelling geophysical data gleaned from the first round of field programs at Hammer’s Mt Isa project. Hammer are also focusing on their own 100% owned tenements including the Scalper prospect that retunred a result of 23 metres at 1.1% Copper and 0.27g/t gold. 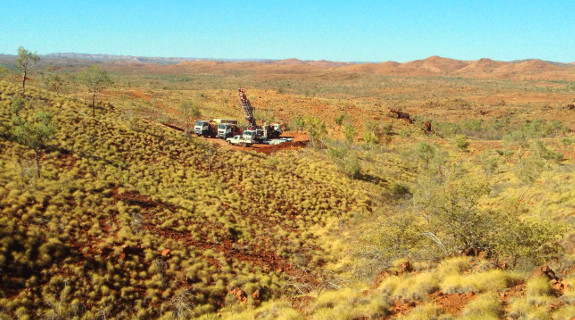 Hammer Resources and their heavyweight farm in partner Newmont are currently processing and modelling geophysical data gleaned from the first round of field programs at Hammer’s Mt Isa project with a view to defining an initial set of drill targets.

Newmont can earn up to 75% of Hammer’s copper gold project in Queensland by spending $15m on it with Hammer managing the first two stages of the JV up until Newmont earn a 65% interest.

With Newmont picking up the bill since January this year, Hammer have been flat out undertaking gravity, ground magnetics, geological mapping and geochemical sampling programs on their Overlander, Even Steven and Dronfield prospects in Mt Isa.

Hammer Metals have also gone into overtime on their own 100% owned prospects known as Hammertime, Scalper and Kalman West.

The company recently undertook detailed gravity surveys over the alteration zones on these prospects as well as infill ground magnetics to assist with target definition.

Hammer is paying particular attention to the Scalper prospect which previously returned a result of 23 metres at 1.1% Copper and 0.27g/t gold within strongly altered and brecciated sediments.

A detailed gravity survey completed over the prospect in February has identified a gravity high coincident with the northern magnetic target enhancing the prospectivity of this zone. Modelling of the geophysical data is in progress.

With such an intensive exploration program underway in such a highly prospective region and fully funded by one of the industry’s giants, it is difficult to believe that something wont be unearthed in this program in the near future.