Hammer adds gold project in Yandal to its deck

Hammer Metals is adding another string to its bow with the acquisition of the Bronzewing South gold project in the heart of WA’s gold-rich Yandal greenstone belt. Despite being located along strike from the 4 million ounce Bronzewing mine and the 1 million ounce Orelia deposit, the project remains relatively underexplored due to the transported cover that ranges between 2m and 40m in thickness. 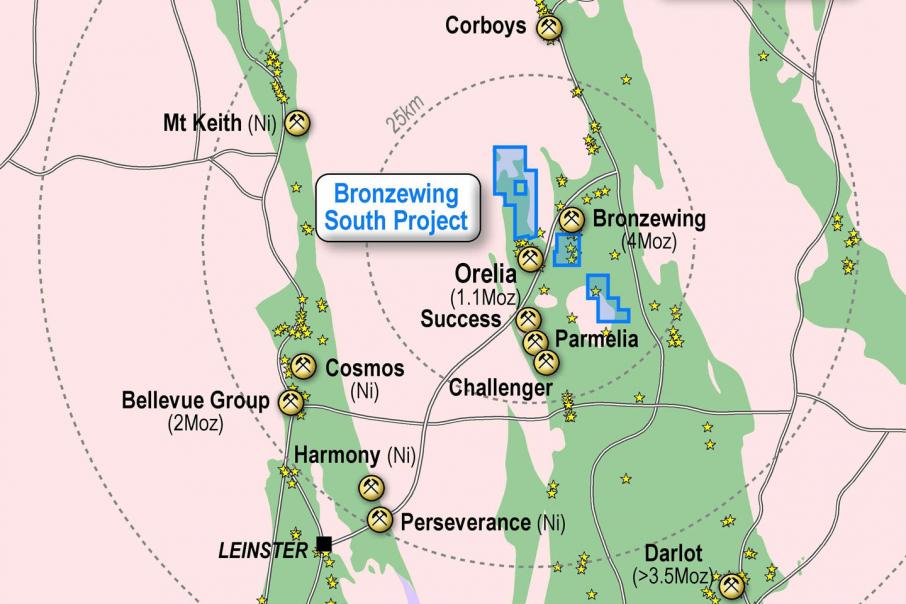 Hammer Metals is adding another string to its bow with the acquisition of the Bronzewing South gold project in the heart of WA’s gold-rich Yandal Greenstone Belt.

Notably, the project is located along strike from the 4 million ounce Bronzewing gold mine that was discovered by renowned prospect Mark Creasy and also Echo Resources’ 1 million ounce Orelia deposit.

It is also within 20km of Echo’s 2.5 million tonne per annum Bronzewing mill that is currently the subject of a study to determine the feasibility of bringing it back on line as part of a new mining operation.

Hammer said that despite the Bronzewing South project’s prime location near existing infrastructure and active exploration and development activities, it is still relatively underexplored thanks in no part to the transported cover that ranges between 2m and 40m in thickness.

It added that previous exploration drilling was mostly shallow and did not consider the structural framework inherent in the Bronzewing area.

However, the limited deeper drilling that was carried out did confirm zones of high-grade gold mineralisation in bedrock.

Hammer plans to combine high-resolution gravity and magnetic data with geochemical data to create a detailed structural interpretation of Bronzewing South. This will, in turn, be used to optimise RC drilling.

The company is acquiring the Bronzewing South project, which consists of five exploration licences and two prospecting licences totalling about 111 square kilometres, from Carnegie Exploration for $550,000 worth of Hammer shares based on a 60-day volume weighted average price.

Chairman Russell Davis said: “With the proposed acquisition of the Bronzewing South gold project Hammer will have strategic tenement positions in two of the world’s great mining provinces – the Mount Isa Province in NW Queensland and the Eastern Goldfields of WA.”

“Hammer also has substantial board and management experience in gold exploration.”

The transaction is subject to shareholder approval as Mr Davis and director Ziggy Lubieniecki are two of the four shareholders of Carnegie.

While exploration at Bronzewing South has been limited to date, the presence of high-grade mineralisation in the deeper holes that have been drilled provides Hammer with a sniff of its potential.

There is also nearology at play given the close proximity of the Bronzewing mine and Orelia deposit whilst the nearby Bronzewing mill may provide a future toll treatment option.